Alice in Chain’s DIRT gets a regular spin on my technics turntable in my apartment here in Castlebar.

Actually i probably need to purchase a new copy as the copy i currently own on  vinyl has now become a little bit worn out, and in fairness it is probably damaging and destroying the stylus on the turntable  at this stage.

Let me explain, A record player stylus  is the needle-shaped portion of a phonograph, or record player, that contacts the record and transmits the vibrations it receives from the grooves of the record. They are often called needles due to their shape

I know! I know! You do not want to hear me ranting on about my turntable and a stylus (what’s a stylus?)  if you clicked on the link and read this far!

I have loved this record from day one, that has never changed for me.

It was part of my childhood and it is now part of my adult hood. Its a fascinating crunching hard grunge/rock album that never get’s old or repetitive.

So at this point in today’s feature i am pretty sure the reader understand’s my love for this album. 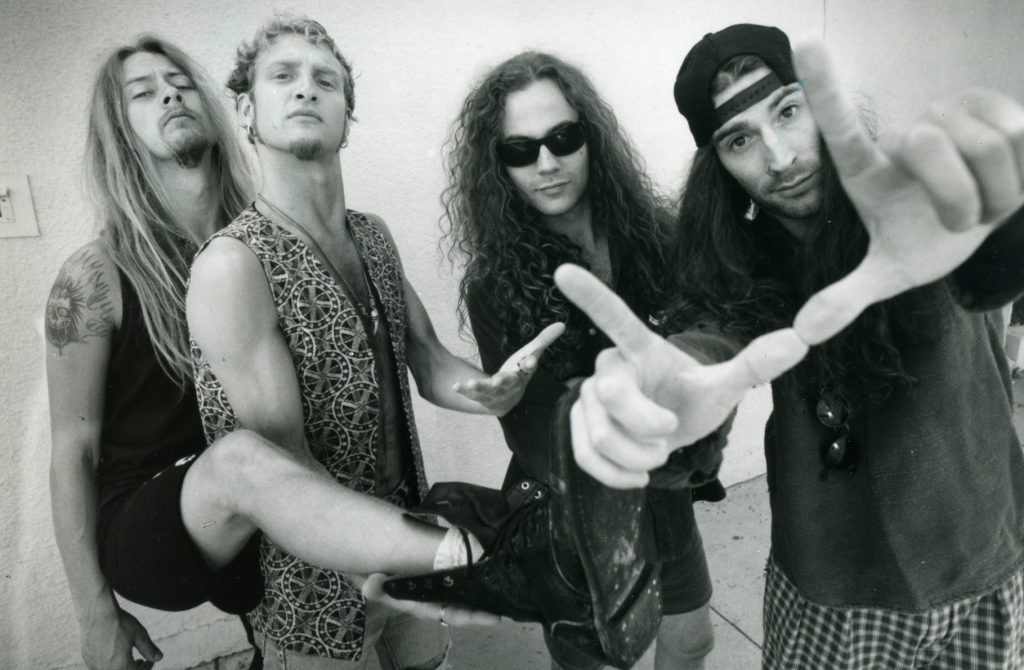 Grunge rock had exploded, SOUNDGARDEN, NIRVANA, L7, HOLE all had taken the main stage in music and gone were the day’s of the big  hair metal band, for example TWISTED SISTER, WASP, GUN’S N ROSES etc. But in saying that, Alice in Chains were big Guns N Roses fans back in the early days as far as i remember!

It was pretty much “uncool” to listen to these bands now because the musical landscape was beginning to head in a whole new direction. Ripped jeans, curtain haircuts (remember them? cause i had one!)

ALICE IN CHAINS debut album “Facelift” was released in 1990. The band formed in Seattle in 1987, Facelift was a great record but it was many years later before later before i would hear this particular album in it’s entirety. It featured one of Alice in Chains greatest songs, that’s correct, “Man in the box”.

But it was two years later when they released “Dirt”, (have i told you how much i love this record?) Okay! Okay! On with the feature…

Dirt was released in 1992 to critical acclaim and was certified quadruple platinum very very quickly!

The album spawned five singles Would, Them Bones, Angry Chair, Rooster, and Down in a Hole all with accompanying quality music videos with each one getting regular play on MTV, especially Would and Down in a Hole.

Obviously i am not going to forget to mention the late great Layne Staley who brought the sound of the album to life. Most of you know reading this that Layne lead a very troubled life which he conveyed mostly through his music with Alice in Chains. Lets not forget that he also was part time singer songwriter with the rather underrated grunge super-group MAD SEASON. That band included Mike Mcgready of Pearl Jam, and Mark Lanegan of Screaming Trees.

In 1998 Layne became very depressed and from then on went on to go through serious clinic depression until his death in 2002. He pretty much became a recluse.

Although to this day very little is known about the details of his life during this period.

He was rumoured to have  spent most of his days creating art, playing video games, or nodding off on drugs.

Staley’s physical appearance had become even worse than before he had lost several teeth, his skin was sickly pale, and he was severely emaciated. A lot of this was due to his heroin  habit that had taken control of him until his final years.

According to the cornors report and not our words,

“On April 19, 2002, Staley’s accountants contacted his former manager, Susan Silver, and informed her that no money had been withdrawn from the singer’s bank account in two weeks. Silver then contacted Staley’s mother, Nancy McCallum, who placed a call with  to say she had not heard from him “in about two weeks”.

The police went with McCallum and her ex-husband, Jim Elmer, to Staley’s home;

It was reported that  when his body was discovered. Staley’s body was partially decomposed. Medical examiners had to identify the body by comparing dental records.

The autopsy and toxicology report on Staley’s body revealed that he died from a mixture of heroin and cocaine, known as a speedbal.

The autopsy concluded that Staley died two weeks before his body was found, on April 5—the same day fellow grunge icon Kurt Cobain died 8 years prior.

Staley’s death was classified as “accidental”.

I don’t want to go into any other details on this feature as this piece is more about the album Dirt and the music rather than Layne and i mean no disrespect to the lead singer, the fans or the band  but i think this article/feature  should just simply remain that way.

The album was recorded quite quickly in the same year of it’s release in 1992. An interesting fact about the album, remember the Los Angeles riots in 1992, well the album was recorded during this unfortunate time in America’s history. RAGE AGAINST THE MACHINE would go on to sing on about it on later records.

So as close this feature i ask you please, if you like rock music and  if you are part of a younger or even older generation in Castlebar or Mayo and have made it to the end of today’s Love letter, please check out what i think is one of the greatest rock albums of all time, DIRT from Alice in Chains

As you were Castlebar,