I was trying to think carefully what i was going to talk about on this Sunday morning but im still waiting for the pub to open so i can hear what type of sermon the bar man is going to tell me about from the night before! Anyway i think it is very important to mention something and to mark the anniversary  of our next artist.

Yesterday marked two years since we lost the wonderful artist that is Chris Cornell. Where do i begin? But that voice, so familiar to many. So familiar to many of us who followed the rock act Soundgarden in the nineties. 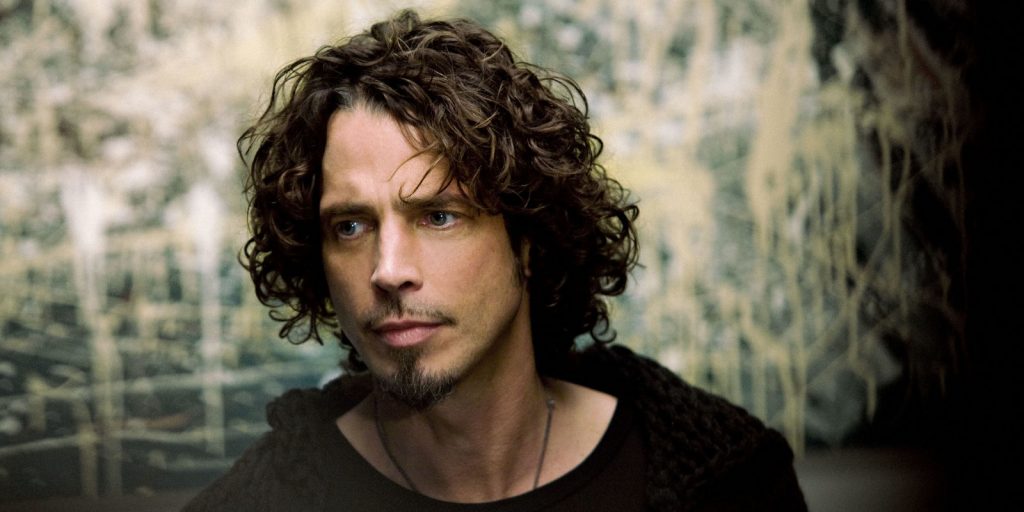 Having spent most of my youth listening to new artists and band’s Chris Cornell’s voice was always turned up in my home when i was growing up in Castlebar. Soundgarden were a great band. But it was Cornell’s voice that captured a generation. For example check out “Jesus Christ Pose” to “Outshined”.  But it wasnt until 1994 when the excellent “Superunknown” was released that people in the music business began to sit up and take notice.

Today  Cornell is considered one of the chief architects of the 1990s grunge movement, and is well known for his extensive catalogue as a songwriter.

During his time with Soundgarden he released four very underrated solo albums. Before his death in 2017 he had collaborated with some of the worlds best singer songwriters. He even wrote the theme song to Danial Craig’s first outing as James Bond (Casino Royale) He also covered the brilliant Prince track “Nothing Compares to You”, Check out the video below,

Still don’t know who we are talking about? Okay so let me try and give you a ball park figure, Across his entire catalogue, Cornell has sold 14.8 million albums, 8.8 million digital songs, and 300 million on-demand audio streams in the U.S. alone, as well as over 30 million records worldwide. He was nominated for 16  Grammy Awards and won three!!

There is always the “What If” scenerio, for example what if Chris was still around today. Personally i believe if Chris was still with us today he would probably be a world wide sensation. Because you know what, thats where he was heading before he left us. But unfortunately this was not meant to be.

At the age of 12, he had access to alcohol, marijuana, LSD, psilcoybin mushrooms, and prescrobtion drugs he used them daily by 13, stopped for a year, but relapsed at age 15 for another year until he turned to music. At 14,  he had a bad experience and later suffered from panic disorder and host of other unwanted drugs.

He suffered from addiction at a very early age.

I began this piece by trying not to focus on the entire issue of drug addiction as i felt this piece should be more about the artist and his achievements during his time on this earth. And boy did Chris Cornell have some achievements in his carer.

Looking back on Cornell’s early carer,  In the early 1980s, Cornell was a member of a cover band called The Shemps, which featured bassist Hiro Yamamoto  and they  performed around Seattle.  After Yamamoto left The Shemps, the band recruited guitarist Kim Thayil. After The Shemps broke up, the pair started jamming   together, eventually bringing Thayil in to join them.

Soundgarden was formed in 1984 by Cornell, Thayil and Yamamoto with Cornell originally on drums and vocals. In 1985, the band enlisted Scott Sundquist  as the drummer to allow Cornell to concentrate on vocals.

I do believe that if Cornell had not being a member of Soundgarden things would have being completely different.  I mean come on, Chris Cornell was one of the best vocalists of our generation. Although the band formed in 1984 it wasnt until the early nineties until the band began to get some regognition for their live performance.

Speaking about live performances i got to see Soundgarden once live in my lifetime and that was at the 3 Arena a few years ago with my good friend Tony Gallagher.

I always felt that even when he was alive he underappreciated, Chris was up there with some of the best musicians in the world. He could take anyone on and win if he wanted etc Springsteen, Waits, and even Dylan would have being good contenders for the front man.

As unique his voice was, we should also remember Cornells other side project Audioslave with members of Rage Against The Machine.

All in All Chris Cornell was a legend, an artist that will always remain important when it comes to the Seattle music scene and Soundgarden along with his incredible solo work down through the years.

Is the pub open yet?