Elvis Aaron Presley is the reason i put on gigs today, From the moment i first Elvis  on an old 8 track machine my dad used to have in our home in Rathbawn Drive in Castlebar. I grew up listening to my different forms of music as a child.

Doo Wop was my favourite music when i was 7 or 8. But the rocker came out in me the moment i heard Elvis through my dad’s 8-track machine. My father would have several 8-track tapes that included Creedence, Springsteen, Abba and whole list of others.

I tried on several occasions to impersonate his moves in a mirror with a hair brush in  one hand and my legs doing what Elvis did best. Yes Elvis the pelvis would spring to mind.  And we all know when Elvis moved those hips, girls would cry with envy and evntually a frenzy would occur. 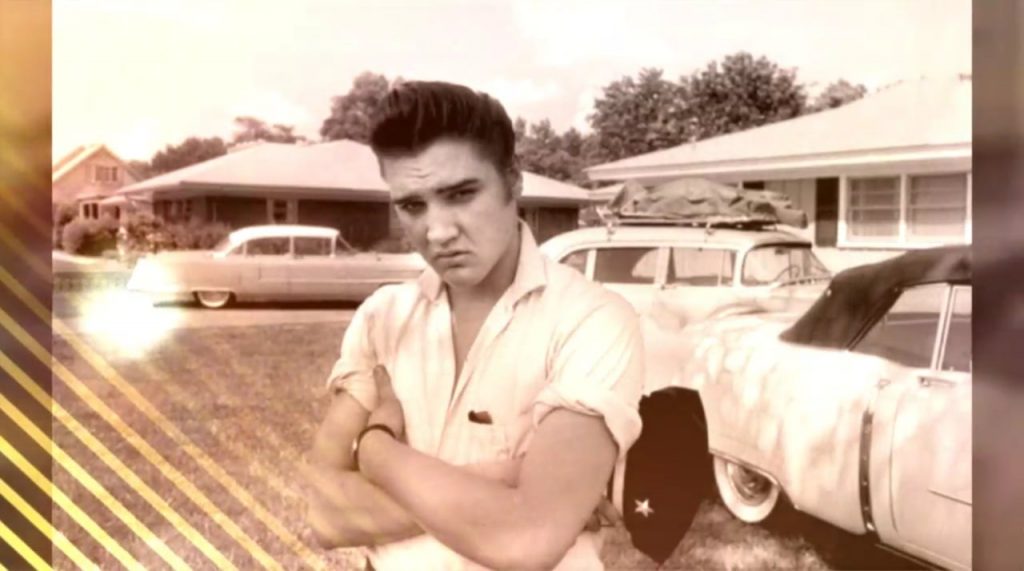 Elvis chilling out at home

Presley was born in Tupelo Mississippi  and relocated to Memphis Tennessee, with his family when he was 13 years old. His music career began there in 1954, recording at Sun Records with producer Sam Philips,  who wanted to bring the sound of African American Music  to a wider audience.

There has been many rumours and strange stories about Elvis’s life that i could not possibly write an entire article about everything during his carer. Some the many stories remain fiction to this day but i do believe that many of the so called myths may have some substance.

But lets briefly look at his early carer.

Presley was a pioneer of rockabilly , an uptempo, backbea -driven fusion of country music  and rhythm and blues.  In 1955, a  drummer called D.J.  Fontana joined to complete the lineup of Presley’s classic quartet and RCA Victor acquired his contract in a deal arranged by Colonel Tom Parker, who would manage him for more than two decades. Presley’s first RCA single, “Heartbreak Hotel”, was released in January 1956 and became a number-one hit in the United States. With a series of successful network television appearances and chart-topping records, he became the leading figure of the newly popular sound of rock and roll.

Lets not forget the King’s movie catalougue, in total Elvis made 31 movies. I remember when Elvis was in a movie when we were kids in Castlebar, our family would sit around the living room area and watch whatever movie he may have been starring in, for me, my two favourite movies of Elvis was KING CREOLE, BLUE HAWAII, and JAILHOUSE ROCK.

These were the three movies we used to record and watch over and over again. I remember we used to put the scene in Blue Hawaii where Elvis is floating down a river singing Can’t Help Falling in Love. The movie itself did well at the box office when it was released in 1961 but many critics had it panned at the time. It eventuially became one of top musicals of 1961.

In November 1956, Presley made his film debut in Love Me Tender. Drafted into military service in 1958, Presley relaunched his recording career two years later with some of his most commercially successful work. He held few concerts however, and guided by Parker, proceeded to devote much of the 1960s to making Hollywood films and soundtrack albums, most of them critically derided. In 1968, following a seven-year break from live performances, he returned to the stage in the acclaimed television comeback special Elvis, which led to an extended Las Vegas  concert residency and a string of highly profitable tours. In 1973, Presley gave the first concert by a solo artist to be broadcast around the world, Aloha from Hawaii. Years of prescription drug abuse severely compromised his health, and he died suddenly in 1977 at his Graceland  estate at the age of 42. 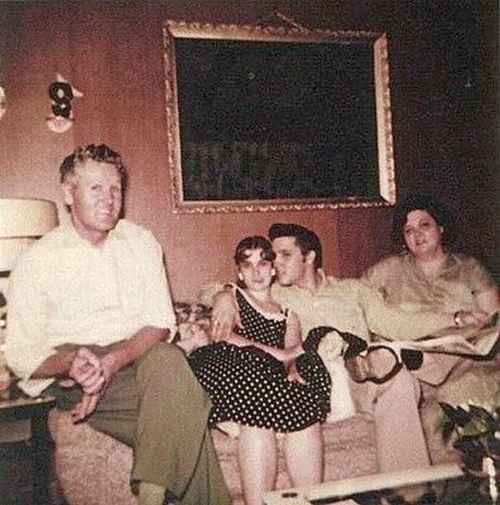 Elvis at home with his family and friends

As for Elvis’s acting, lets get one thing straight and i am sure that most of you will agree with me, Elvis couldnt act to save his life, but man that screen sure did light up when he made an entrance. My favourite movie from the King was Kid Creole. The movie starred to the brilliant Walter Matthau. It told the story of Danny Fisher,  a nineteen-year-old who gets mixed up with crooks and involved with two women.

Presley later indicated that of all the characters he portrayed throughout his acting career, the role of Danny Fisher in King Creole was his favorite. To make the film, Presley was granted a 60-day deferment from January to March 1958 for beginning his military service. Location shooting in New Orleans and  was delayed several times by crowds of fans attracted by the stars, particularly Presley.

The film was released by Paramount Pictures on July 2, 1958, to both critical and commercial success. The critics were unanimous in their praise of Presley’s performance.

In later years before his death Elvis admitted out of all the roles he played the role of Danny Fisher was his favourite.