There is no denying that there is a sense of that post punk scene that Joy Division created in Manchester on the Dublin and Irish music scene at the moment  with the likes of The Murder Capital and Fontaines D.C. , and maybe this is the reason that, especially these two Irish acts mentioned are so well respected in the UK right now, almost maybe more so than on Irish soil!!

But this is most definitely not just a good thing, but a really great thing. Let’s face it,  Mainstream music these days  has simply become, tired, played out overproduced, lacking excitement   and yes, boring.

When people tend to ask who was the definitive post punk band Joy Division always comes to mind, the band formed in Salford in the UK in 1976.  The band were originally named Stiff Kittens.

They then changed their name to Warsaw and then became the mighty Joy Division. 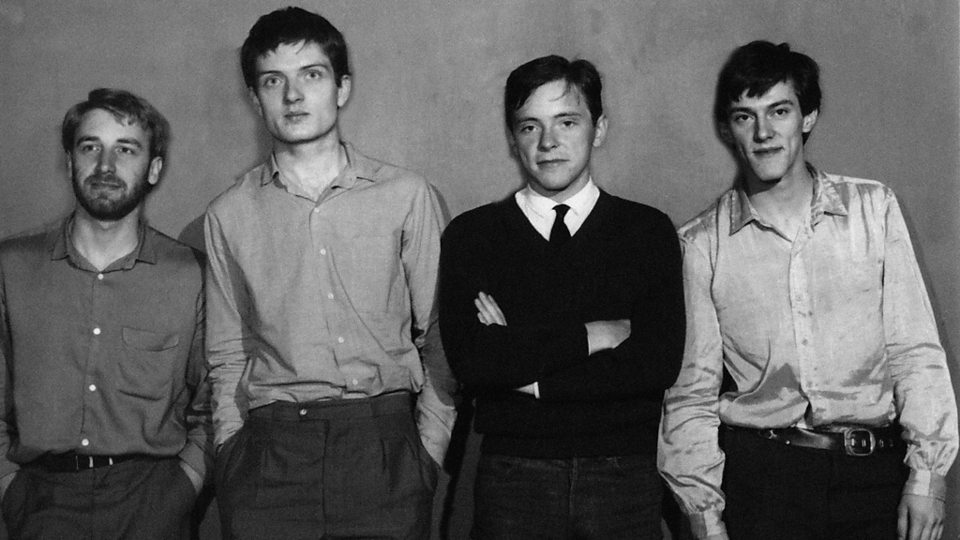 Ian Curtis’s loss is heavier than any of the icons, like Jim Morrison or other, maybe just the Bowie death, it is heavier than that of Ian. if in three years the joy division have become such a famous band that will probably, at least in Italy, has been known and followed by today’s teenagers, who have not forgotten them, or even follow them anyway, or rather, that in the following Hookie his concerts recalls Joy Division, could become a band with a very high result and drawing an indelible groove in all the music, just look at the singers, who did cover over them.

Formed in the wake of the punk explosion in England, Joy Division became the first band in the post-punk movement by overemphasising not anger and energy but mood and expression, pointing ahead to the rise of melancholy alternative music in the ’80s. Though the group’s raw initial sides fit the bill for any punk band, Joy Division later incorporated synthesizers (taboo in the low-tech world of ’70s punk) and more haunting melodies, emphasized by the isolated, tortured lyrics of its lead vocalist,Ian Curtis.

While the British punk movement shocked the world during the late ’70s, Joy Division’s quiet storm of musical restraint and emotive power proved to be just as important to independent music in the 1980s.The band was founded in early 1977, soon after the Sex Pistols had made their first appearance in Manchester.

The House of Dolls. (In the book, the term “joy division” was used as slang for concentration camp units wherein female inmates were forced to prostitute themselves for the enjoyment of Nazi soldiers.)Playing frequently in the north country during early 1978, the quartet gained the respect of several influential figures: Rob Gretton, a Manchester club DJ who became the group’s manager; Tony Wilson, a TV/print journalist and owner of the Factory Records label; and Derek Branwood, a record executive with RCA Northwest, who recorded sessions in May 1978, for what was planned to be Joy Division’s self-titled debut LP.

Though several songs bounded with punk energy, the rest of the album showed at an early age the band’s later trademarks: Curtis’ themes of post-industrial restlessness and emotional despair,Hook’s droning bass lines, and the jagged guitar riffs of Albrecht. The album should have been hailed as a punk classic, but when a studio engineer added synthesizers to several tracks believing that the punk movement had to move on and embrace new sounds Joy Division scrapped the entire LP.

Joy Division’s debut album Unkown Pleasures had an initial run of 10,000 copies was housed in a textured cover, pressed by the WEA pressing plant in West Drayton and sold until October 1979. Another 10,000 copies were sold until Mid 1980. Reissued / repressed again in July 1980 (so that until July 1981, 77.523 copies were pressed in total). The Townhouse edition is from late 1980. Later confirmed represses from 1981 and 1983

Moving onto the band’s second album “Closer”, Objectively as a piece of music this work is definitive and masterful. It is painfully revealing and oozes the desperation of a tortured and confused soul who went on to engineer his own infamy in a carefully planned suicide. Whilst the album uncomfortably states the state of mind of the composer, the work of Messers Hook and Sumner are phenomenal.

The greater allocation of auditory time to both bass and drums has allowed both Morris and Hook to blossom and never have I heard such an integrated perfection of those two instruments put down on tape. This is a powerful, solemn piece of work which hints at genius, especially with the likes of Isolation, Means To An End and my personal favourite, Decades. It is interesting to note that this album does not listen well split up, but is infinitely better listened to from beginning to end. Just remember to take a happy pill after.

Closer was the second and final album from Joy Division and was released in 1980. Out of the two records the band released this was by far my favourite.

One of the most chilling albums ever made, with droning guitars, icy bass lines and stentorian vocals. And that’s not even considering the lyrics, about singer Ian Curtis’ epilepsy and failing marriage. When Curtis hanged himself at age 23 on May 18th, 1980, Closer officially became the stuff of rock legend.

Joy Division were at the height of their powers on Closer, equalling and arguably bettering the astonishing Unknown Pleasures, that’s how accomplished the four members were. Rock, however defined, rarely seems and sounds so important, so vital, and so impossible to resist or ignore as here.

One of the greatest cliches anyone could ever come out with in talking about rock music is to call Joy Division a ‘depressing’ band. I remember people used to say it back in the 80s, and I’m surprised people aren’t sick of that adjective yet.

To me what is truly depressing is the junk food music which constitutes the vast majority of the Top 40 charts these days. There you will see record companies trying to flog terrible music with lots of boobs, muscles, tight-fitting outfits, sports-cars and anything else they can think of to make kiddies want to buy it. They sure aren’t going to do it on the strength of the music alone. Popular music becomes a cynical exercise in marketing, rather than something to inspire you or make you think or feel something new.

Like most of you, there is the big question, What If? What If the band had continued to rise to the top and there was that third album?