There were 4 of us this morning, im the only one this evening but i must go on…

I discovered Leonard Cohen from a very early age, in fact the first album i ever owned from Leonard Cohen was “Songs of Love and Hate”

Remember being infatuated by that album. I used to listen to the record on a regular basis. And when i say a daily basis, i mean morning, noon and night.  From the opening track “Avalanche” to the brilliant “Diamonds in the mine”. 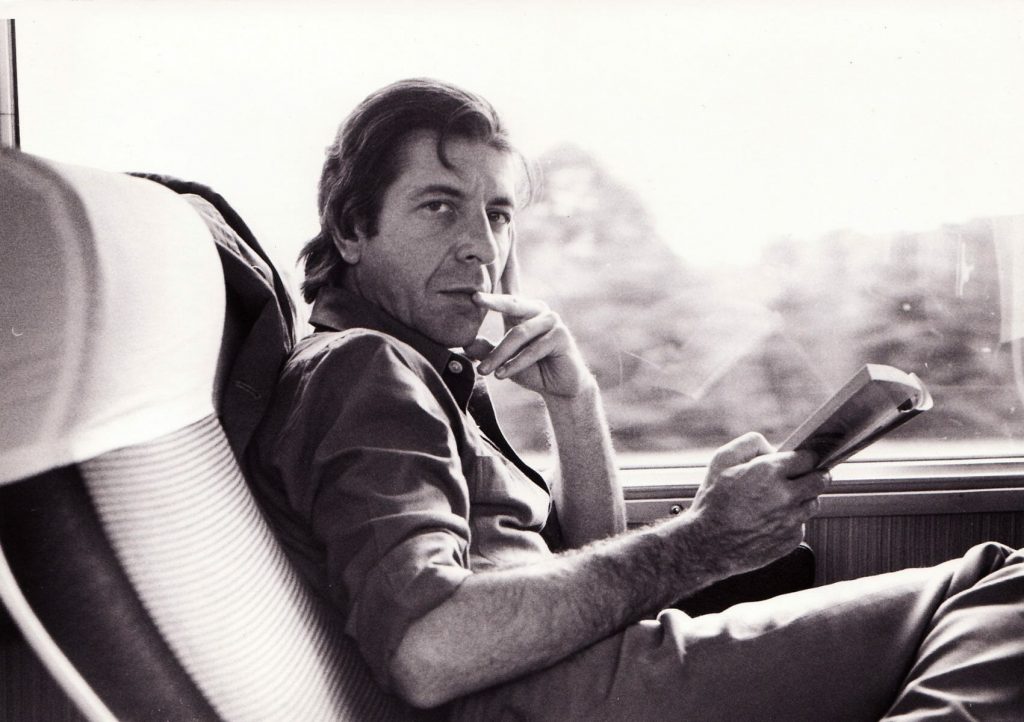 The Brilliant Leonard Cohen reading on a train in the sixties

I listened to various artists and songwriters from an early age, Springsteen, Waits and the poetry of William S Burrows amongst others used to keep me entertained whilst the rest of the world succombed to generic pop music.

Whilst a lot of my friends may have being listening to a lot of grunge music at the time i was always open to venturing into new music or good quality songwriters like Leonard Cohen.

Leonard Norman Cohen was born on September 21st 1934. Leonard Cohen’s early work consisted of many different themes. For example if you listen closely there are many themes there, sex, poetry, politics, love and yes he was a great romantic at heart.

Ah, there is no comfort in the covens of the witch,
some very clever doctor went and sterilized the bitch,
and the only man of energy, yes the revolution’s pride,
he trained a hundred women just to kill an unborn child…

Cohen really had a very interesting carer, he spent a lot of his early life writing poetry and writing novelisations, he didnt he launch his music carer until 1967 at the ripe age of 33!!

His first album, Songs of Leonard Cohen  (1967), was followed by three more albums of folk music. Songs From a Room (1969), Songs of Love and Hate  (1971) and New Skin for the Old Ceremony  (1974). His 1977 record Death of a Ladies Man  was co-written and produced by Phil Spector  which was a move away from Cohen’s previous minimalist sound.

In 1967, disappointed with his lack of financial success as a writer, Cohen moved to the United States to pursue a career as a folk music singer–songwriter. During the 1960s, he was a fringe figure in Andy Warhol”s “Factory” crowd. Warhol speculated that Cohen had spent time listening to Nico  in clubs and that this had influenced his musical style.

Leonard Cohen was a very interesting character and most definitely lead a really interesting life. What a lot people do not know is that In 1994, Cohen retreated to the Mt. Baldy Zen Centre  near Los Angeles, beginning what became five years of seclusion at the center. In 1996, Cohen was ordained as a Rinzai Zen Buddhist monk and took the Dharm name Jikan, meaning “silence”. He served as personal assistant to Kyon Joshu Sasaki Roshi.

For a long time after this nobody was sure if Cohen would perform live again or if he would even release another album.

After two years of production, Cohen returned to music in 2001 with the release of Ten New Songs, featuring a heavy influence from producer and co-composer Sharon Robinson. 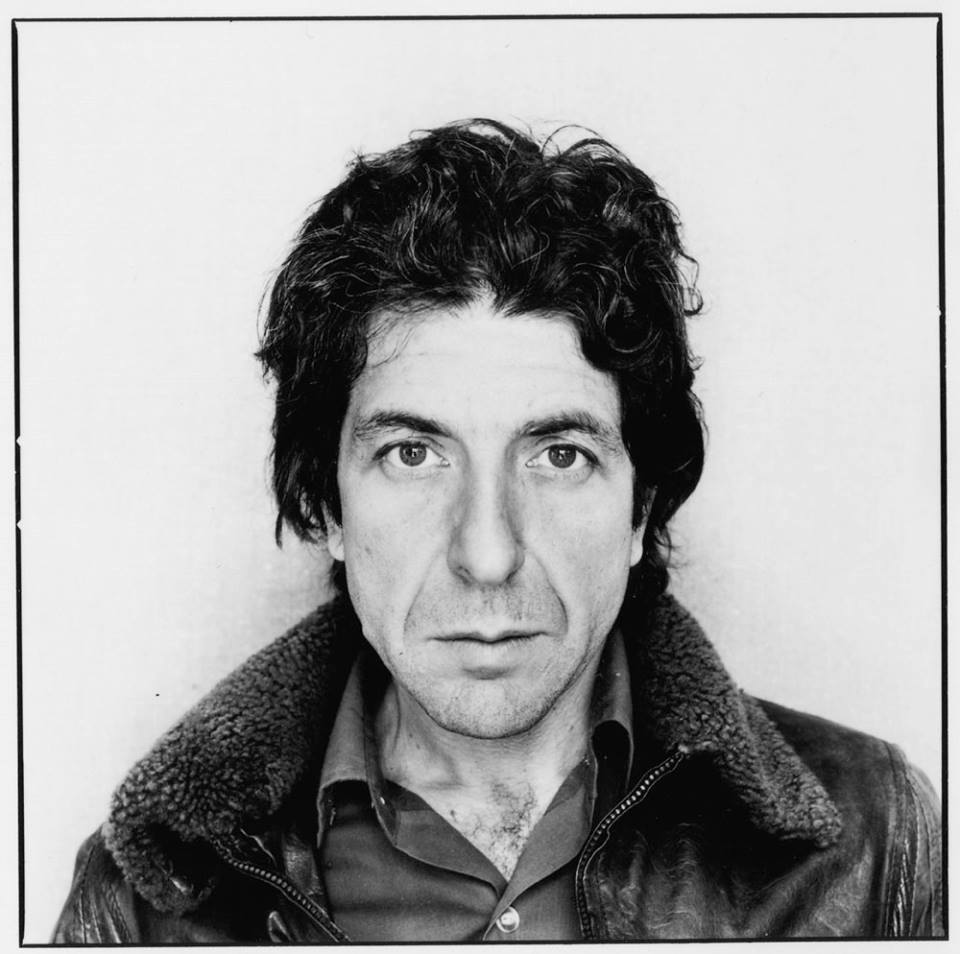 So many nights and days i would get home from school and put on Songs of Love and Hate, now to a lot of people the album itself may sound depressing but for me it was a thing of beauty.

I consider it to be my “go to album” if i have bad day or week, month or even year! Its what i would call my happy album believe it or not.

Cohen’s private life was also never a dull moment, Cohen’s manager long time manager Sylvie  Simmons notes that in late 2004, Cohen’s daughter Lorca began to suspect Lynch of financial impropriety, and when Cohen checked his bank accounts, he noticed that he had unknowingly paid a credit card bill of Lynch’s for $75,000 and also found that most of the money in his accounts was gone (including money from his retirement accounts and charitable trust funds).

Cohen discovered that this had begun as early as 1996 when Lynch started selling Cohen’s music publishing rights despite the fact that Cohen had no financial incentive to do so at the time. 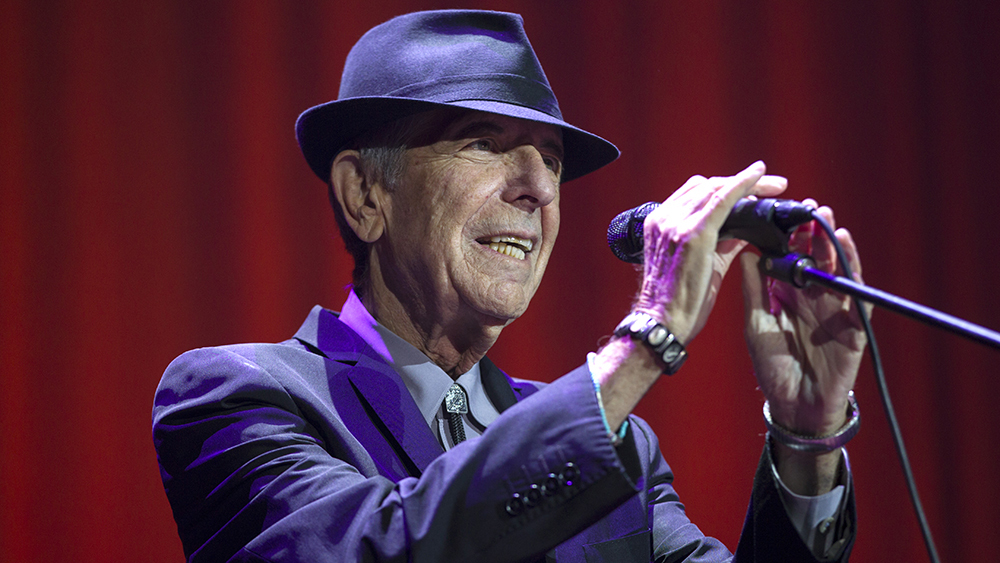 In October 2005, Cohen sued Lynch, alleging that she had misappropriated over US$5 million from Cohen’s retirement fund leaving only $150,000. Cohen was sued in turn by other former business associates.

These events placed him in the public spotlight, including a cover feature on him with the headline “Devastated!” in Canada’s ,Macleans  magazine.  In March 2006, Cohen won a civil suit  and was awarded US$9 million by a Los Angeles County superior court. Lynch ignored the suit and did not respond to a subpoena issued for her financial records. As a result, it was widely reported that Cohen might never be able to collect the awarded amount

In 2009 and 2011 i was lucky enough to catch Leonard Cohen perform live. He returned to Ireland a number of times before his death in November 2016 . He passed away in his sleep due to a fall he had previously that same year.