Today’s love letter looks at one of the most talented musicians the world has ever seen, yes thats right there is no denying this next artist was a talented musician and a wonderful entertainer.

After the diabolic  organization that was meant to be one of Prince’s biggest European shows on June 16th  2007  when the star was supposed  to play the Croke Park venue in Dublin and the artist decided to pull out  giving only ten days notice to fans citing illness and fatigue  as the main reasons .

Prince however  redeemed himself , apologised to his Irish fans when he  returned to Ireland in 2011, he promised a show that was never seen before in Ireland and boy did he deliver the goods, and we were were lucky enough to witness the superstar in all his glory on July 30th 2011 when he performed  to a sold out crowd at  Malahide Castle in Dublin Ireland. The was the  last time the artist Prince performed in Ireland. 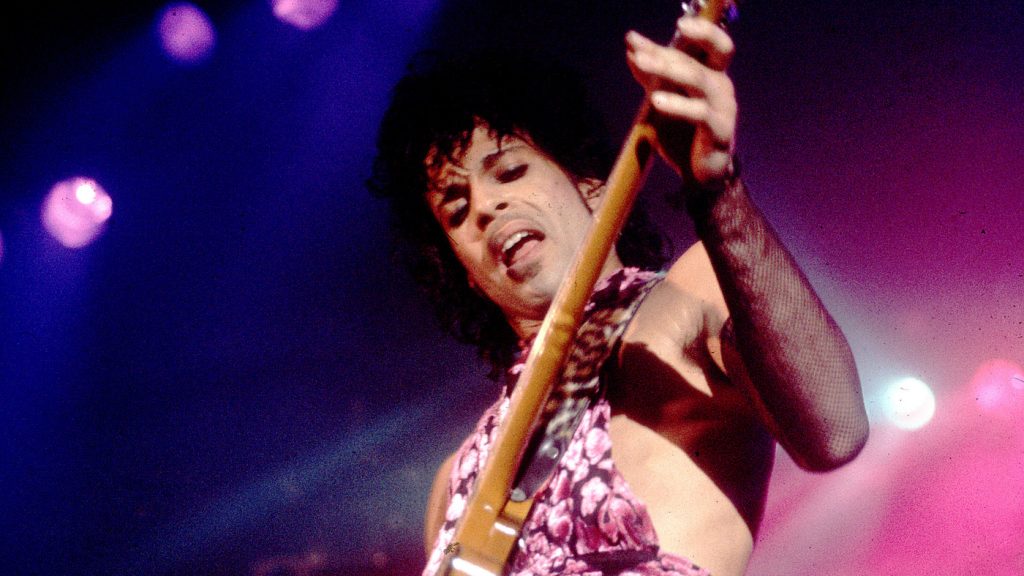 On that day we were treated to one of the biggest two hour spectacles with hit after hit!!  It was basically a greatest hits show! But it was only then, seeing Prince in concert for the first that we realised what a wonderful musician and entertainer Prince really was!!

Because on that day on a wet and dreary evening to the backdrop of the beautiful Malahide  Castle were we treated to a party and everyone was invited. On that day Prince got behind the drum-kit, he played piano, he played a like a real superstar is meant to play!!  He also picked many fans out of the crowd and brought them up onstage during the concert that evening. It really was an Electric Show!!

Prince was and even though not with us anymore and still is a musical genius. If you are a fan, you should already know this, as he played all of the instruments on the Purple Rain album.

But lets take a closer but very brief look at some of the highlights of Prince’s career.

Prince was born on June 7th 1958, to others he was known as Prince Rogers Nelson.

Few artists have created a body of work as rich and varied as Prince. During the ’80s, he emerged as one of the most singular talents of the rock & roll era, capable of seamlessly tying together pop, funk, folk, and rock. Not only did he release a series of groundbreaking albums; he toured frequently, produced albums, wrote songs for many other artists, and recorded hundreds of songs that still lie unreleased in his vaults.

With each album he released, Prince showed remarkable stylistic growth and musical diversity, constantly experimenting with different sounds, textures, and genres. Occasionally, his music was inconsistent, in part because of his eclecticism, but his experiments frequently succeeded; no other contemporary artist blended so many diverse styles into a cohesive whole.

All in all Prince during his time Prince had 15 number one songs in the charts. Fifteen number ones!! That is outstanding for any artist. And get this, he also accumulated eight number one albums. A serious achievement for any artist through out the eighties and nineties.

In  the midst of a contractual dispute with the record company, he changed his stage name to an unpronounceable symbol

, also known as the “Love Symbol,” and began churning out new albums at a faster rate in order to sooner meet a contractually required quota and so release himself from further obligations to the record label.

I do realise that Prince was doing what he wanted here, but after all these years im not sure if it further helped his carrer in the nineties but yet he continued to churn out albums like there was no tomorrow!!

One of our favourite albums  of the naughties from Prince was the album Musicology. Again Prince found his way as a talented musician to produce and play all of the instruments on the album.

Shortly before or after Prince’s death a video emerged online of Prince performing together onstage that really showcased his talents, in this video he preforms with a host of other artists that included the late great Tom Petty, Steve Winwood, Jeff Lynn and a number of other artists in tribute to George Harrison in 2004. This video proves what a wonderful guitarist actually was. Prince passed away on April 21st 2016 at Paisley Park aged only 57.

Prince was a legend  to us and many others and his memory will live on forever,