Oh Jesus Christ, well the lord bless and save us, Finbar Hoban Presents has somehow gone all dark and moody on us.Stop the lights Joesephine!!

Well not really, but today i do want to briefly discuss one of my favourite artists, that is the great and sometimes weird world of Tom Waits. 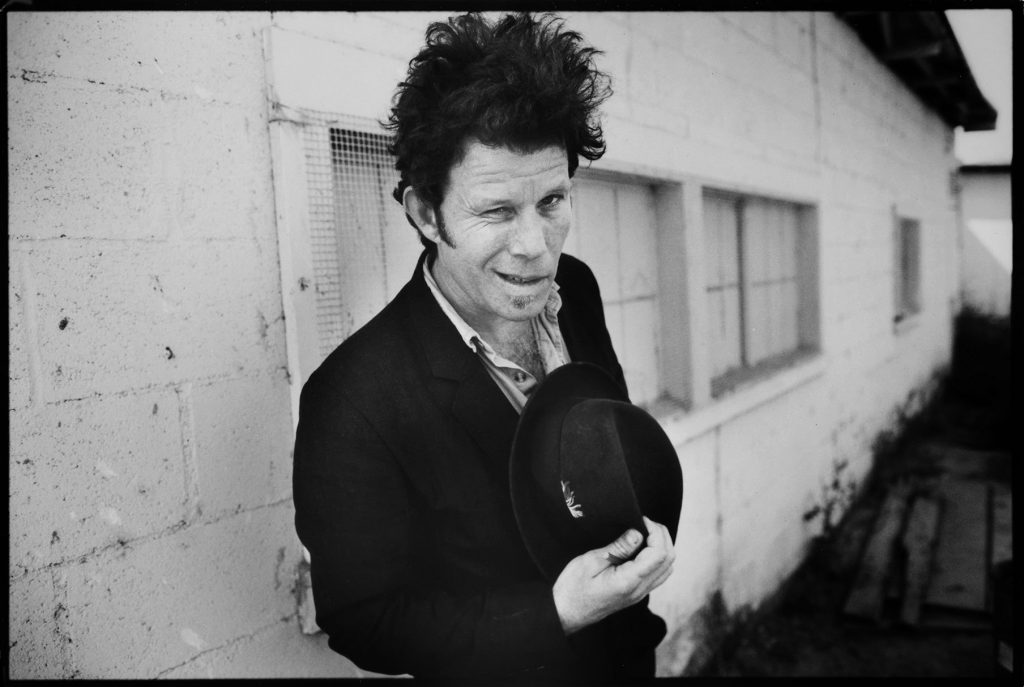 Ah, sure would ya look at him there now, Photographer unknown.

I have always found Tom’s work to be often weird, to say the least.

For instance check out “What’s he building in There” which apparently is meant to be a reference to someone building a machine to bring William S Burroughs back to life!!

You see where i might be going with this? No? Well okay maybe it is time to stop reading.

It is really hard to pin down Tom Waits sound. From swampy blues, beat poetry, west Coast jazz, tin Pan Alley, country, 1930s music, he really is in a genre of his own.

I was lucky enough to get front row seats (and might i add i paid top “dolla”, ching! ching! brown envelope, ya know what im sayin) when Tom came to perform live on The Rat Cellar tour in 2008 in the phoenix park Dublin.

Tom is most definitely in a world of his own, and maybe on another planet at times too. But you really have to admire his style of storytelling. I often think to myself, how come he never opens his eyes?

You could say, Tom has often been imitated but in fairness he will never be replicated. But sure how could one replicate Tom Waits, perhaps 60 Major a day might do it!

When Tom’s time is up and like those who went before him etc Bowie, he will wander into that Heaven hall of fame and will probably ask Jesus for a light and where is the best place around here to grab a beer.

In saying that, Tom’s intelligence, songwriting may not be for everyone, i mean we are not talking Taylor Swift here in fairness. Although i will agree, she does have a nice figure.

I do not think Cox’s late night bar would be the right choice for him on a Saturday night, but ya know what, beggars cant be choosers sometimes.

Kathleen has produced many of Tom’s great albums as well including, Closing Time.

She is also the girl eulogised on Tom’s album “Swordfishtrombones” in the song “Johnsburg”.

We found an abstract in Toms biography where he describes his wife as a remarkable collaborator, Tom says, “she’s a shiksa goddess and a trapeze artist, and all of that”

So you can probably understand what we meant when we said that probably Cox’s late night bar may not have being the ideal place to meet a woman of his calibre.

While searching through the internet we discovered this very funny clip online from Tom’s appearance on the late late show with Gay Byrne in 1981, check it out below,

So if you are still reading this piece you might be asking, what is the point of this article? What are you trying to get convey?

And my answer to you is,

Well nothing really, i just want you all to appreciate and admire the fine art and work of Tom Waits. I am sure Tom will read this and think that Hoban guy is one cool cat, he really gets me!!

Listen to his albums, watch his live performances on Youtube, read his biography, Take a chill pill man, tis only an article from a blogger in the west of Ireland

Anyone know who said mass?