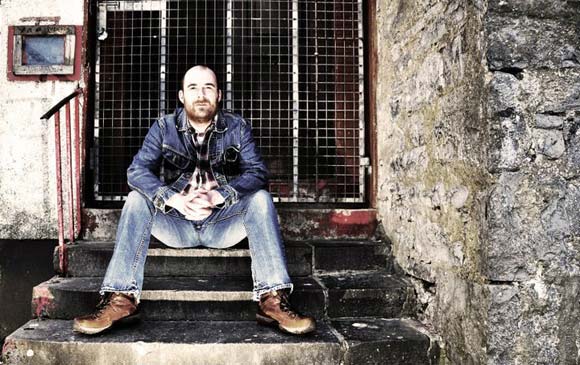 I remember turning to a friend of mine in disgust at the closing of Rowlands Bar back in April 2008. How was this even happening? It felt as if Castlebars live music scene was done and dusted! Just previous to that The Humbert Inn had shut its doors in 2006.
The final nail in the coffin I thought to myself.

The first show I ever attended was held in The Cellar Bar in Castlebar. Back in those days The Cellar was the main place to hang out. The old cobbled stoned wall and the sound of a punk underground band could be heard loud and clear on the main street on a Friday night.

Mixmaster record store always provided me with up and coming bands. Every Friday I would make my record order. Whilst the rest of my class mates were looking forward to the big match on Sunday I was looking forward to hearing the new Alice in Chains album once that school bell rang out at four o’clock on a Friday evening.

Brazilia nighclub was also the spot to be on a Friday and Saturday night. An idea that grew from local music promoter Webster McNeely. The night involved DJs from all over the country who would play tunes from all the mo-town heroes such as Stevie Wonder, Gladys Knight and The Pips, Sam & Dave and loads more.

When I was introduced to The Humbert Inn, it had a familar vibe to that of the old Cellar Bar, cobble stoned walls and a warm fire staring right in front of you once you entered the premises. Through the next 8 years or so The Humbert became my regular haunt.

Every Thursday, Friday, Saturday and Sunday night a live band would grace the stage of the Humbert. Thursday was you’re acoustic set, Friday night you were bound to bump into Halyard , Dave Barry would be on turntables playing the soul classics on a Saturday and then Sunday night it was Frank and Noels turn to keep on “Rockin’ in the free world!”

The Humbert was a buzzing with excitement back then. It was a real music venue, people who followed music in the area knew the humbert was the place to be and also “the way things should be”. If you were hanging around Castlebar with nothing to do you could rely on meeting someone that you knew in The Humbert. Hell It didn’t realy matter if you knew the person sitting next to you at the bar or not, sitting at the bar talking with random strangers about a new record became a regular occurrence for me.

It wasnt until an old friend and I got talking one day in the Humbert and he persuaded me to do a DJ night in the Humbert once every forthnight. Local DJ Dave Barry had already being running a soul night in The Humbert previous to this. I thought at the time he was crazy and that it would never work! I mean me?? a DJ??

I did about 7 or 8 shows in the Humbert, I dont think the proprietor was too happy with my choice of tunes either. I remember one night playing a track from an Asian hip hop artist called Ananda Shankar titled “The Streets of Calcuta” It was pretty much an off the wall tune. Lets just say that was my last night DJing in The Humbert! It wasn’t until 2 years later that i began to take to the whole DJ thing a bit more seriously. I picked up a set of Technics in 2004 and since then i have never looked back. I got a regular slot in Rowlands Bar with a good friend of mine called Johnathan Moran. We later became the indestructible “Johnny & Finbar” duo playing funk soul reggae and alternative tunes once a month.

Castlebar town was buzzing, we had The Humbert and just across the street there was Rowlands Bar. Everybody seemed to be having a good time! There was craic to be had in Castlebar every weekend!

The good times were not to last forever though when in early 2006 the announcement came that The Humbert Inn was to be no more. An institution to some, a livelihood to others.
It wasnt long until Rowlands pub was to close too, The Johnny and Finbar partnership was about to come to an end but I carried on and undertook to bring great bands from all over Ireland to Castlebar under the guise of “Finbar Hoban Presents”. That started in Bar Ritz and it was fun, it was exciting, it was often nerve-racking but always the music and the craic was fantastic.

So here we are almost 4 years later and, still fighting the good fight for original and alternative music in the county town. Finbar Hoban Presents is not about Finbar Hoban. It is about bringing a community of people together who have a passion for music, who live for music, who just want a great night out with some live music in their county town at least once a month! I bring that to Castlebar because the people of Castlebar deserve it and need more of it. I’ll keep doing it as long as you folk keep coming.

In less than 2 weeks time The Redneck Manifesto will be coming to the TF Royal Theatre and I’ll have Delorentos for a show over the Christmas. Tell your friends, tell your family because these guys are fantastic and the more people come the better the night.