When I was growing up around Castlebar in Mayo  there was about three to four bands that had a huge influence on me, those three acts we’re Pearl Jam, Alice in Chains and, Radiohead. 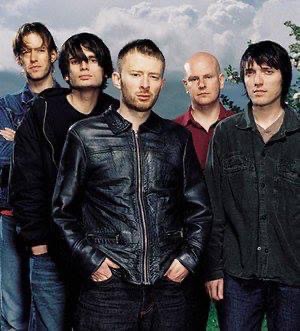 Radiohead felt they we’re under sever pressure from touring and to deliver a successful follow up to Pablo Honey in 1993. Photo from the bands photo shoot for the track High N Dry in 1995

Like the majority of my friends we all were heavily into listening to new music. I hated the charts and believed that most of the acts in there we’re doing  the devils work. Simply the opposite of what my parents or the local ‘jock’ or ‘do gooders’ society  may have even thought or liked.

As you do, at a innocent young age, you create your own band of friends that, (maybe in your mind) are your ‘group’, your ‘band’ and I was on lead vocals.

With this album, the introspective grunge-influenced style of the band’s 1993 debut Pablo Honey evolved into more multi-layered rock with cryptic lyrics and larger ideas, as they reacted against the rigours of their near-constant world tours.

I remember reading an article where Thom Yorke and the rest of the band hated touring during Pablo Honey and this lead to a lot of the lyrics on The Bends relating to this.

The album spawned five charting singles; “My Iron Lung” was first released as an EP in 1994, and “High And Dry” was later released as the album’s proper lead single, with album opener “Plnaet Telex” as its B-side.

“Fake Plastic Trees” was released as the album’s second single, and was followed by “Just”. “Street  Spirit, Fade Out)” was the final single from the album, and became their first top 5 hit in the UK. In the years since its release, The Bends has frequently appeared on various polls and lists of the greatest albums of all time.

By the time Radiohead had begun their first US tour in early 1993, their first single “Creep” was in heavy rotation on MTV and had achieved top ten chart positions in the UK and the US when re-released in 1993. The grunge sound of their first album Pablo Honey led to the band being described as “Nirvana-lite”, and neither the album nor the singles “Stop Whispering” and “Anyone Can Play Guitar” had ever come close to the chart success of “Creep”.

The 1994 EP My Iron Lung featuring the single of the same title, was Radiohead’s reaction, marking a transition towards the larger depth they aimed for on their follow-up.

For me, this record was a game changer, some critics go as far to say that it’s the album the public love to hate.