On April 10, 1996, Seattle grunge band Alice in Chains performed their first live concert in almost three years. This show was part of MTV’s Unplugged show and has gone on to become one of the more memorable concerts in the series 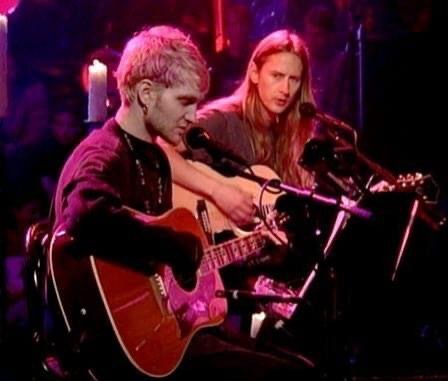 Anyway, let’s get the technical stuff out of the way first. Alice in Chains are Layne Staley on vocals, Jerry Cantrell on guitar/vocals, Mike Inez on bass and Sean Kinney on drums. Plus, Scott Olsen joins the band on stage as a rhythm guitarist, adding some fill-in that the normally heavier songs lose when done acoustically.

The songs chosen were a good choice; most of them transcribe to acoustic very well. The softer songs like “Nutshell” and “Heaven Beside You” are obvious, but some of the harder material (“Angry Chair” or “Sludge Factory”) came as a surprise. Hell, I’d place the performances of “Sludge Factory” and “Brother” found here above their studio counterparts. You see, the band has found a way to subtly make the songs completely different.

Oh sure, they’re all the same songs, but they’ve been retooled slightly for their new acoustic arrangement which was a brilliant move. It gives the album an identity all its own. Of course, I would have liked a longer set. “God Am,” “I Stay Away,” and “Grind” would all have been great additions However, I fully admit that’s just me being greedy and to be honest I don’t think Layne could have taken the extra numbers. More on that later.

My only true gripe is the order of the set itself. More specifically, the last three songs. They put all the stronger, well-known songs in the beginning which leaves the end of the show feeling a bit weak. Oh sure, they’re all good songs, but it takes a few listens to really appreciate them, and it just wasn’t a great move to close with that combination in my opinion.

The show itself is great. Watching the group perform you would never imagine that they’re just coming off a three year hiatus. It’s obvious the band are having a blast doing what they’re doing, as they keep joking amongst each other (“Aren’t you done with that tuning shit, yet?”) between songs. Plus, Jerry occasionally goes off on little hoedowns when the mood strikes him. This is even carried over in the closing credits, where the band gives it’s appreciation to “general acquaintances, doctors and flight attendants” and tell their fans that “the group hug is on hold” in reference to Layne telling the crowd “I just wanna hug you all!…..but I’m not gonna.”

The stage itself is a bit contradictory to light-heartedness of the band. They’re performing on a square stage surrounded on all four sides by the crowd who are bathed in dark blue or red lights. The band themselves are surrounded by no less than thirty candles and the stage itself is relatively dark. The acoustic instruments add to this effect somewhat, and it all gives the entire show a gothic dungeon feel to it, which goes along perfectly as their lyrics tend to be somewhat dark and depressing.

For the small handful of you who aren’t aware, Layne would die almost six years to the day after this was filmed, finally beaten by the heroin addiction that he’s battled with most of his life. It’s almost a miracle he live this long, as you can tell he’s in a horrible state here. His eyelids are dark and closed most of the show, he doesn’t look like he’s aware of where he is half the time and he even fumbles the lyrics a few times. Which brings me to the infamous take of “Sludge Factory.” The band kicks off the song, Layne starts singing the first verse, accidentally switches to the second and caps it off nicely with, “FUCK!” Now, as embarrassing as that had to be, the rest of the band was fully behind him. As soon as he did it, he looks over at Jerry who nods, gives him a few words of reassurance and handles the crowd. “Ok, do over. It’s been awhile we get a few of those.” Naturally, I’m sure they knew what Layne was going through anyway and all was forgiven.

Bottom line: Everything about this show is magical. Even Layne’s incident has gone beyond just a fuck up to become a memorable part of the band’s history. I recommend this to all fans of Alice in Chains, as well as those who think Nirvana is the end-all-be-all of the Seattle music scene in the early 90’s. Nothing against Kurt and the boys, but they don’t have anything on Layne’s crew, and this DVD is proof of that. 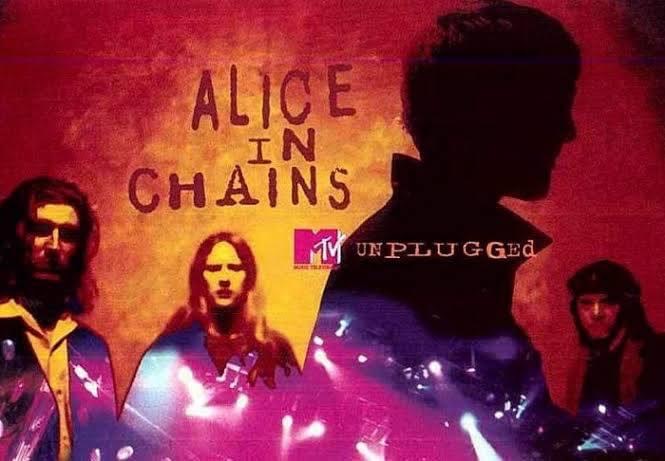