We are delighted to announce our headliner’s for this year’s Halloween Ball!

The rather excellent Bitch Falcon are coming back to Castlebar to headline this year’s Halloween Fancy Dress Ball!! Not only that Bitch Falcon will be supported by the awesome Shardborne and girl group Vulpynes. Its the one night of the year where we like to create tricks and treats for all involved, Bitch Falcon will be perform on October 28th at The Garbo’s Venue in Castlebar.

The three-piece are set to embark on their first tour coinciding with the release of their newest single, “Clutch”.
Two years on from an initial explosive emergence, the Dublin-based three-piece haven’t so much discovered their voice as honed and refined it. They relish in frenetic declarations, their sound always moving forward while throwing occasional nods to the past. 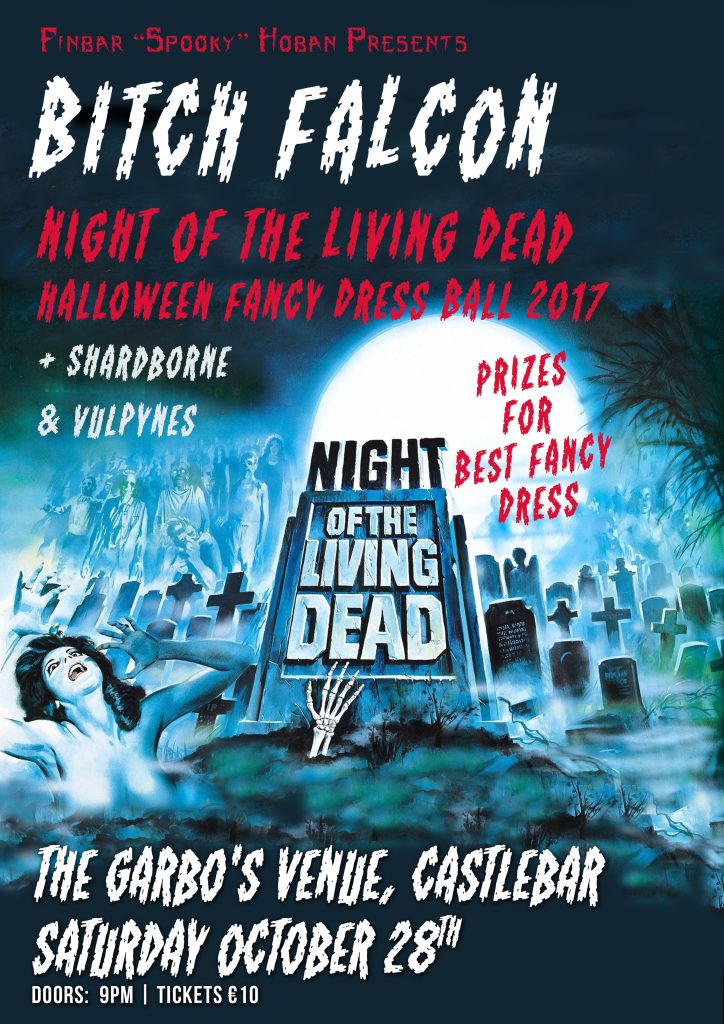 The sonic aesthetic is raw, even a touch frenzied, yet manages to harness the strongest elements of rock, grunge, metal, hardcore and melodic electro-pop. Bitch Falcon’s end result is a distinctive, once-heard-not-forgotten voice.

Pulsating tracks like ‘Wolfstooth’, ‘Breed’ and ‘TMJ’ are indicative of a band unwilling to sit still and stay quiet. These are songs of punch, grit and verve. They make an even greater impact up close and personal as the band’s deserved reputation as one of Ireland’s most engaging live prospects comes alive.

In their short time together, the trio have shared the stage with the likes of Fucked Up, Torche, The ZZZ’s, Glen Hansard, Les Butcherettes, No Spill Blood and Red Enemy, unapologetically stealing the spotlight at every turn.

After a busy 2016 where they stormed the stages of Body & Soul, Indiependence, Knockanstockan & Electric Picnic; Bitch Falcon will take flight for Canadian Music Week and other international events in 2017 as well as releasing brand new material throughout the year.

Also on the night expect to see Limerick artists Shardborne. Shardborne no strangers to the Castlebar scene have being rocking out the Emerald Isle for almost a decade now.

Our first act of the night,  we have the excellent Vulpynes all the way from Dublin who are a two piece garage punk rock act. 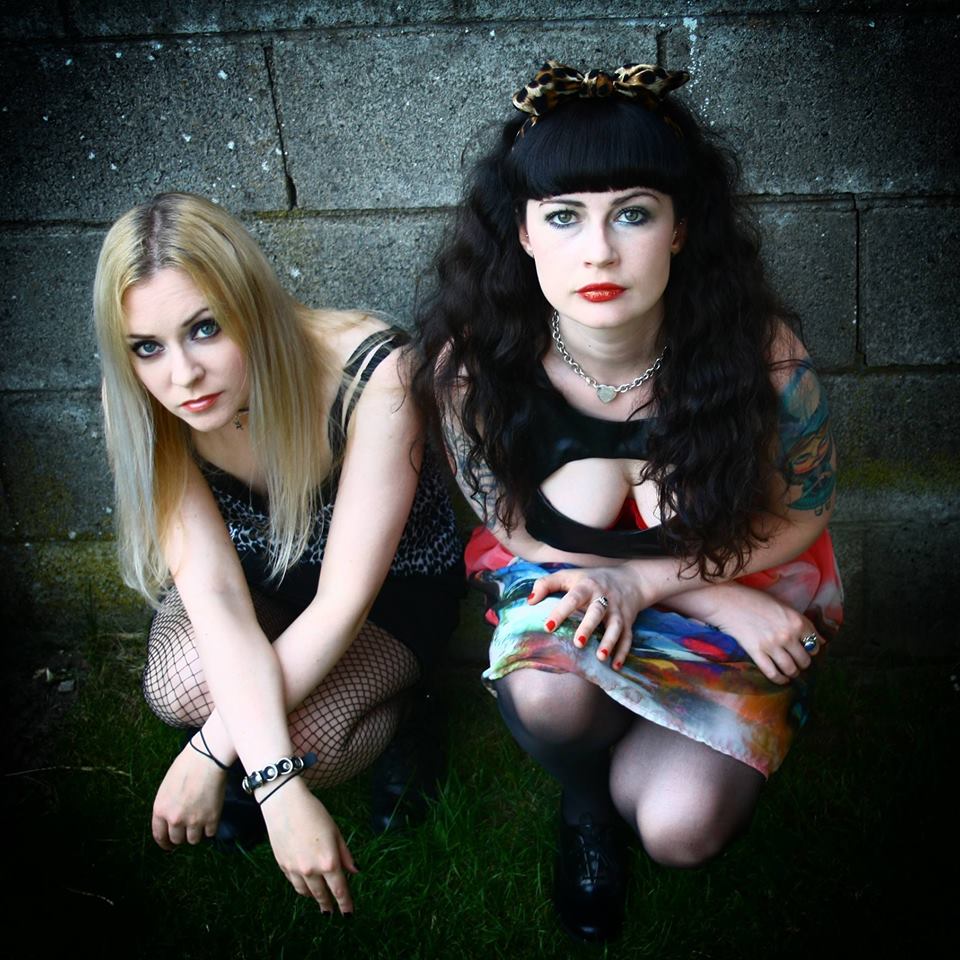 Vulpynes will get things on the road when they hit The Garbo’s Venue in Castlebar on October 28th, Photo by Seamus Mckernan

So make sure to get your asses up to the Garbo’s Venue in Castlebar on October 28th 2017 when all hell will break loose for Castlebar most anticipated Halloween Ball!