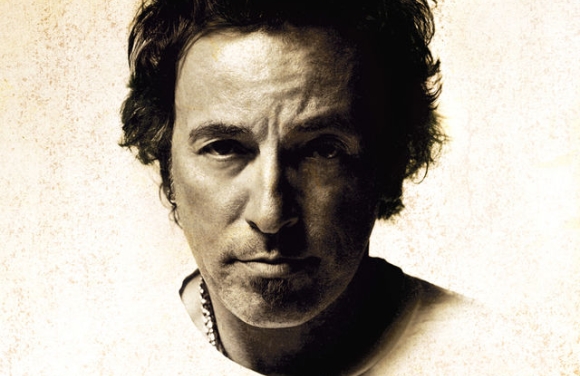 The Bossman Bruce Springsteen has decided to grace our shores once again in 2013! Why oh why Mr Boss man do you decide to announce you’re shows just weeks before the Christmas season every year!

I have had the pleasure of seeing Bruce Springsteen live fifteen times now in Ireland since 1999. Once solo on the brilliant “Devils and Dust” Tour in 2005 at the Point Depot (now known as the O2) and three times with the Seeger Sessions band (at the same venue) and the remaining eleven times with the E Street band at the RDS venue in Dublin.

So yes i am fan, in fact i have being a fan since i was 8 years when my father first handed me the “Born in the USA” album.

There is only one other artist that i have seen that can give Springsteen a run for his money and that is Tom Waits.  I was lucky enough to see Tom Waits live at the “Rat Cellar” gig in the Phoenix Park in Dublin back in 2008.  I was mesmerized by his performance that night, you could see the sweat pouring down from his cheek giving it one hundred per cent!  He had an affect on me that night like no other artist except for Bruce.

And so last week Aiken promotions announced that for the first in almost 30 years Bruce Springsteen and the E Street band were to play their first show outside of Dublin since that hot balmy summer day back in 1985 when they played a five hour set to over 100,000 screaming fans in Slane Castle!  The singer will play Thomond Park in Limerick on July 16, Cork’s Páirc Uí Chaoimh on July 18, and King’s Hall Arena, Belfast on July 20.

This news spurred me to talk about what Springsteen and his comrades mean to me.  Always expect the unexpected from a Springsteen show. Its not just a show its a circus. A tremendous circus and the ring master is Bruce himself. In July of this year i got to see Bruce and his band (again!) perform at The RDS in Dublin. 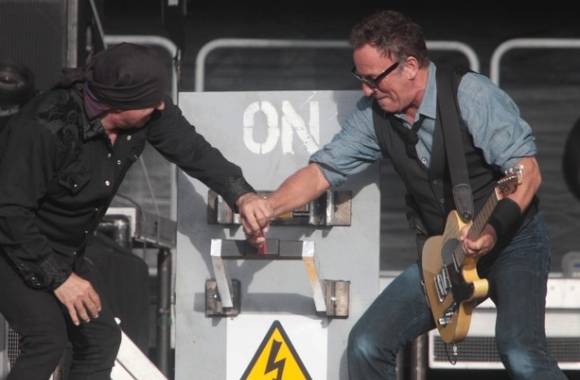 On both nights he played a storming 3 and a half hour set. Picking fan favorites and playing requests from the eager crowd and playing up to the story about the power being cut in London when he shared the stage with Sir Paul McCartney three days prior to this made these shows even more fun for the punters and  the E Street band themselves!. Running through classics like “This Hard Land” “Born to Run” “Glory Days” an excellent version of “Spirit in the night”. My highlight though was hearing the E Street band play “Born in the USA” live for the first time. In all of the previous shows i had seen Bruce play he had  never performed that track live with a full  band since the early nineties, well not in Ireland anyway and not on my watch! Hats off to Jake Clemons too (Clarence Clemons nephew) who has taken over on Saxophone duties. Big boots to fill and he fills them fairly well especially  on the version of “Spirit in the night”

Seeing Bruce Springsteen live is a like some form of holy trinity or a baptism way down in New Orleans. Its a congregation of people joining together for something really special.Once the lights go up on that stage its like watching the messiah himself run around a wide open space commanding his army and asking people to join him on a quest to find that land of hope and dreams.

Tickets for his three shows in Ireland go on sale this Thursday morning, im not going to lie to you. Ticket prices are steep coming in at 90 to 100 euro and with a country struggling to pay its debt i do find this disappointing especially seeing that the man himself visits these shores at least once a year. No doubt come 9.05 on Thursday morning tickets will be  scarce, very scarce indeed. See you  at the front!