What will be one of the most talked about shows in Mayo over the Christmas period tickets for this show have now gone on sale and will be available from Tickets.ie Ireland and Downtown Records and Hogs Heaven Bar in Castlebar!!

Hermitage Green came together as a band in 2010 as a result of a spontaneous jam session between friends, but 2015 became their biggest year yet.
Signing to Sony Music Ireland, playing sold out shows around the country and the UK, and releasing two singles ‘Jenny’ and ‘Quicksand’ , they then headed into The Mill Recording Studios to start work on their debut studio album.

After six months of writing, and steered by the production talents of Phillip Magee (The Academic, Kodaline, The Script, Declan O’ Rourke) Hermitage Green and Sony Music are proud to announce the release of ‘Save Your Soul’ on March 4th. 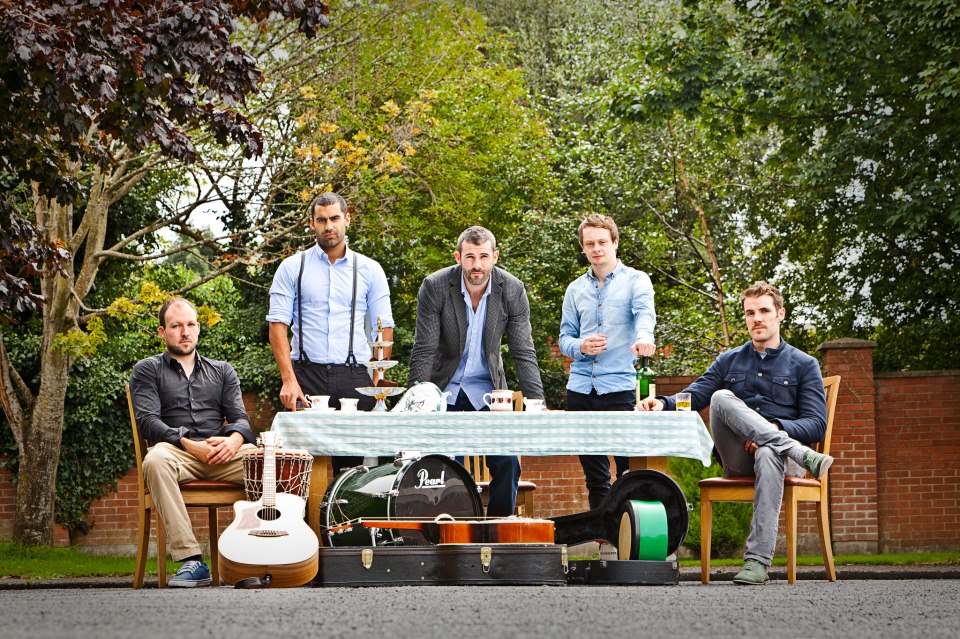 The band approached the recording process with an electric enthusiasm and mixture of old and new songs; some fan favourites, some that had never been played live and some that were simply an idea in the back of their minds.

Writing together as a group and combining the creative forces of their varied musical backgrounds, Save Your Soul is an album that captures the confidence of Hermitage Green and showcases their ability to write stadium-worthy expansive and riotous songs, while also delivering heartfelt and poetic ballads, made all the more stunning by the power of their four-part harmonies.

Hermitage Green have built a dedicated legion of fans across the globe thanks to their captivating and unforgettable live sets. Playing gigs in South Africa, Australia, New York, Canada, Dubai, France and London, the band self-released the album ‘Hermitage Green- Live At Whelans’ in 2013 to the delight of their followers and captured the power of the band on stage.

Their unique arrangement of instruments that includes the bodhrán, djembe, rhythmic guitar and banjo sets them apart as a truly original offering of Irish Music. They have already played alongside the likes of Gavin James, Josh Ritter, Walking On Cars and The Pogues and 2016 will see them bring their music to many, many more

Tickets are on sale now and are available through Tickets.ie Ireland, Downtown Records and Hogs Heaven Bar in Castlebar, Tickets are priced 20 euro!