Every now and then we are taken back by Irish music here at Finbar Hoban Presents. We are given hope that there is a new star about to arise that has got the guts and attitude to go the whole way and not be influenced by media types and do her thing . Create her own look and sound. Well, let us introduce you to CMAT. 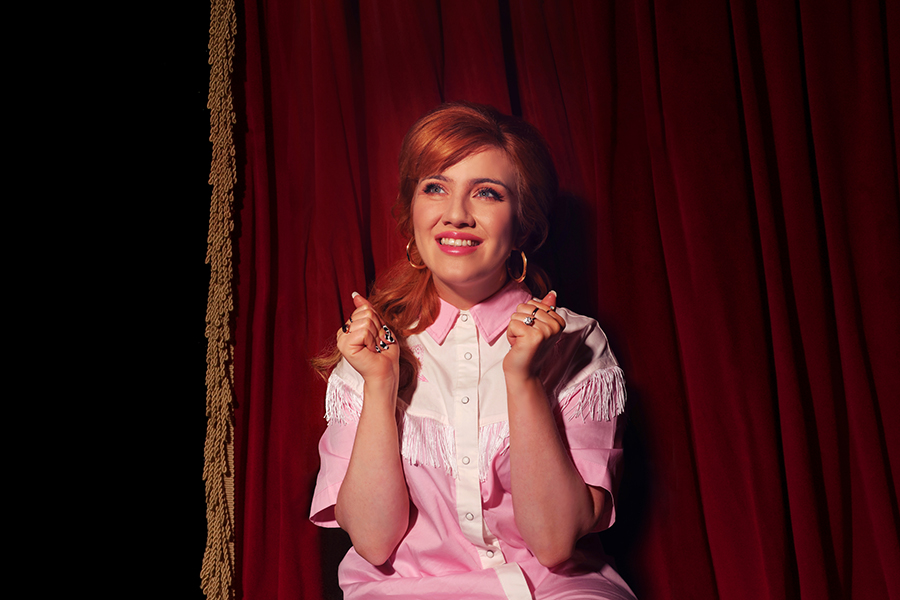 CMAT has being making waves on the Irish music scene over the past couple of years.

The invention of CMAT came about after Ciara strong-armed her way into a private song-writing masterclass hosted by Charli XCX, who played unreleased music to assembled hopefuls. Ciara was the only attendee to offer a critique of the demos; afterwards Charli sought her out, heard her story and advised Ciara to “blow my entire life up”.

CMAT is the moniker of Ciara Mary-Alice Thompson, a self-touted global pop star based out of Dublin, formerly of The Bad Sea.

She knocked Manchester on the head and went back to Dublin. 2019 was spent on YouTube, where she set herself the challenge of writing a song a week for six months, posting new songs each Friday from the only venue she could afford to book: a yoga studio. By 2020 her DIY ethic was bearing fruit with a run of self-released singles such as ‘Another Day (KFC)’, ‘Rodney’, ‘I Don’t Really Care For You’ and ‘I Wanna Be A Cowboy, Baby!’, scoring coverage in the UK from Wonderland, Clash, Sunday Times, The Guardian, Dork, DIY, The Line Of Best Fit, The Fader and more, plus radio support from BBC Radio 1 & BBC 6Music.

Check out the video for CMAT’s latest single ‘Lonely’ below now.