Blackbird & Crow are a strong force,  together, they are raw folk blues with a strong attitude,  that takes no bullshit.

If I was ever going into battle with the local ‘naysayers’ I would like to think that the  track ‘The Witch That Could Not Be Burned’ would be my backing track.

Every time I listen to this track I feel like I’m ready to take on the world with all guns blazing. 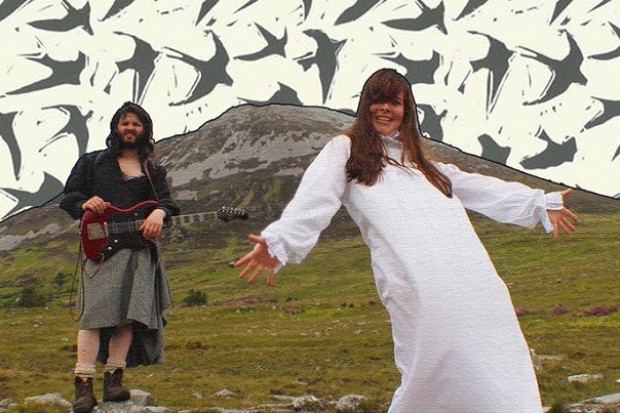 Under the momentous music of The Coronas and Dermot Kennedy came an album that was honest and sincere and most importantly downright good.

The band are comprised of Maighread Ni Ghrasta (Vocals) and Stephen Doohan (Guitar/Bouzouki /Stomp) and are possibly best described musically as a Celtic folk blues outfit with a punk attitude.

But the bands most recent album Ailm is so much that your average folk blues album. The album is very well written and the compositions are more than just something that was conveniently written on paper overnight beside a log fire.

Don’t believe us? Why not check out the bands second album and we think you will see what we mean. This is why today Artist or ‘Artists’ is Blackbird & Crow, highly recommended.