A few weeks back we told you that sludge metal outfit COROZA were about to release their debut album “Chaliceburner”.

Well it would seem that August 30th is a very popular date for new releases,  with also the release of the long awaited new album from “Tool” called Fear Inoculum”

But we have decided to go with the lesser known album from Cork band COROZA, and although we do not see this as a full on review of the album we would like to point  out that after a couple of listens we feel that this band are not  just another one trick pony doom metal act from Ireland,  but this is an album  from a band of seriously crafted musicians that only too well know their own trade. 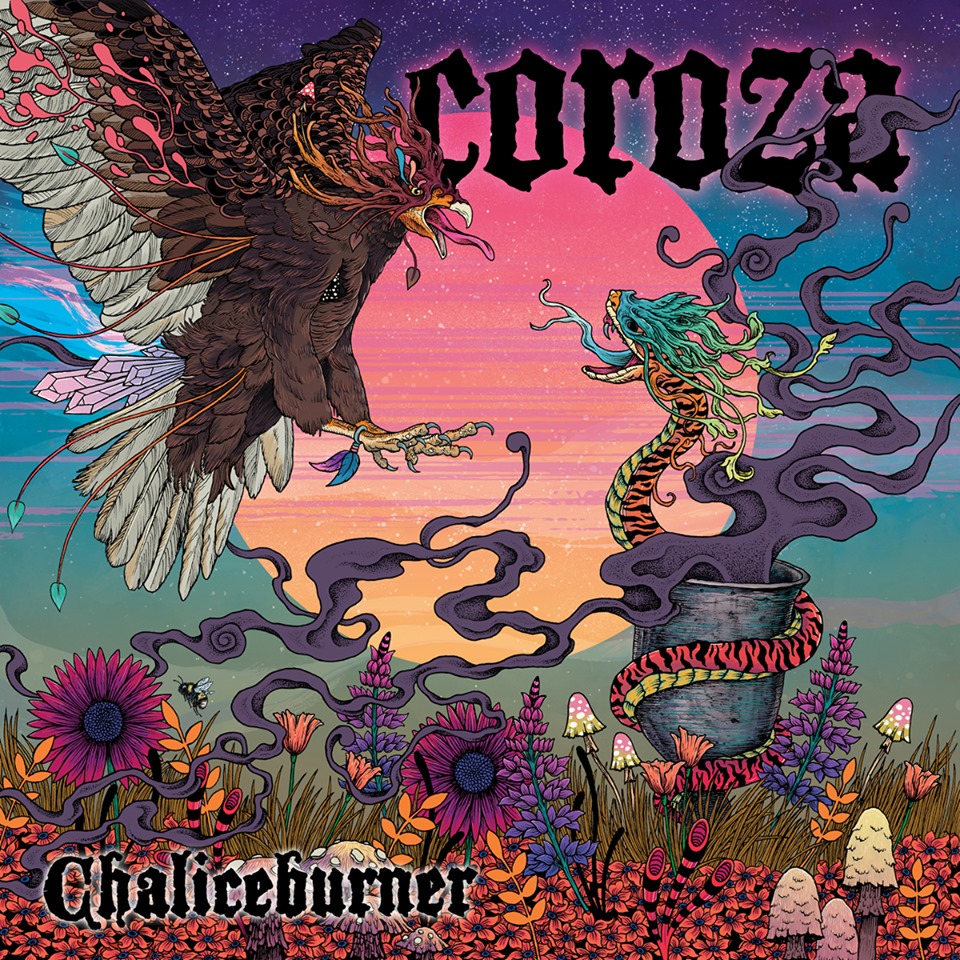 Various members of the band have been in a number of metal bands down through the years. I think, from this each member has matured as a unit and understand the genre very well.

Reviewing  an album can sometimes be a difficult process at times and for us we need to hear an album a few times before we can fully digest and appreciate it. But on listening to the record now on a couple of occasions  i feel there is a little bit of  room for improvement here.  Don’t get us a wrong,  the entire album is a great achievement from an independent metal act. But i like the idea of “Less is more” formula  which can often be the key to a successful album.

Although Chaliceburner, at times is a long one and there was moments through out the record when i felt my attention span wasn’t fully there.

In saying that, Coroza  are definitely ones to watch on the metal scene in Ireland, i really want to see and hear the songs  on this album transferred to the live stage, and this is where i think the songs off the album and the band will shine the most.

Rumour has it that the band already have their second album in the can, and i for one am really looking forward to hearing it.

Check out the full album streaming on you-tube  below now. The album is also available from Soundcloud. We tried to upload the link here but our website is having a few issues with links in recent times and we hope to have this amended very soon, and we apologise to the band!!

Check it out for yourself here