We always love to mix things up a little here at Finbar Hoban Presents and today’s feature some dark Irish goth Rock. Pale Blue Moon crashed into the iTunes Ireland Rock charts at number two with their debut single ‘Supernatural’ last year and the accompanying music video has already surpassed half a million views on YouTube to date.

Each member of the group has had success previously with other groups and singer Shane Kelly, approached each of them with the idea of forming a new partnership, which soon morphed into ‘Pale
Blue Moon’.

Previously they toured with Shane Macgowan and the Popes, touring extensively across Ireland, the UK, Scandinavia and the USA.

During the production of the album, singer Shane kelly shockingly suffered two strokes, but undeterred Shane completed mixing the album from his hospital bed via Skype, luckily Shane made
a full recovery.

The band’s live show has grown from strength to strength and now they are poised to release the second single from the album.
Mixing a dark and compelling mix of influences and imagery, Pale Blue Moon bring an interesting twist to the Goth Rock genre and we urge you to check them out. 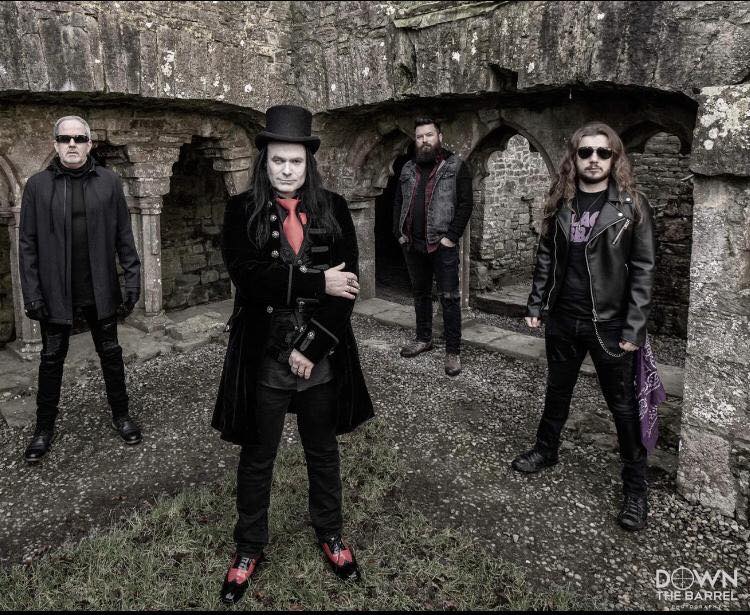 Pale Blue Moon’s brand new album is set for release on July 27th called “The Pleasure of Finding Things Out”.