We recently caught up with David and he explained, I am from Ireland, Belfast to be exact and grew up listening to the one true radio station…Radio Luxembourg. I lay in bed with my transistor radio under my pillow late into the wee hours trying to keep it at a reasonable level super glued to my ear. Headphones were hard to come by or they had the tendency to be the size of two Belfast baps which were unpractical especially as I would usually dose off during one of the 70’s rock anthems. 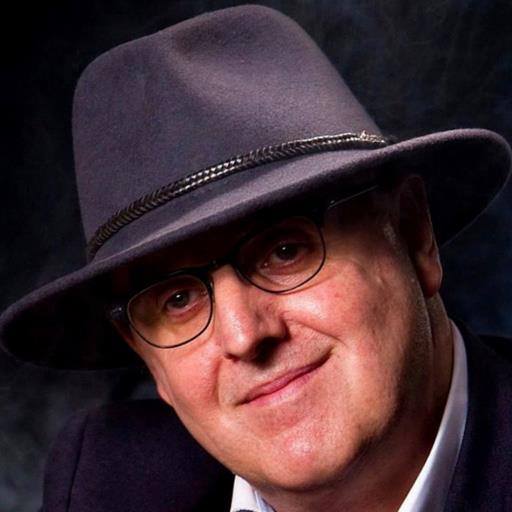 There were so many different styles of music in the charts those days that GENRE never came into it. My brother would supplement my ear with LP’s from the library, bringing me Steeleye Span, The Chieftains, Bothy Band. I loved rock, soul, country, blues and Irish….I loved music.
When punk came along I now could express it through playing the bass guitar replicating Jean Jacques Burnels pout in front of the mirror. I now had all the artillery I needed to be a musician and a pot pouris of different GENRES to stick in my cardboard bucket of dreams.

Recently I released my first proper solo CD ‘The sun, the moon, the stars…and other moving objects’ and went to upload it to one of the many selling agents. The first question that always baffles me and continues to baffle me is the word ‘GENRE’.
Firstly I think of my self as a solo musician with a guitar and voice so that means I am categorised under FOLK or maybe SINGER/SONGWRITER, no that doesn’t do it there’s a hint of COUNTRY in a few of the songs. I write catchy choruses so that puts me in the POP category and those electric guitar solos…ummm usually means ROCK. There is and always will be a large dose of Irish traditional influence in my music so now I am under the standard bearer of CELTIC.
My new booking agent specialises in ROOTS music and considers my music is perfect for their stable and recently AMERICANA was considered the style of my ‘unique’ sound.
Every music crosses over, influences and touches the soul of the most purist of songwriters. The world is smaller and more accessible and you can put my GENRE down as ALL OF THE ABOVE. Be sure to check out THE ACOUSTIC YARD in Westport where David showcases some of the best acts in Ireland.