David Keenan has been playing a number of intimate shows over the last couple of years, making a name for himself on the Irish music scene. In 2015 we were very lucky to have had the chance to showcase David’s talents when he supported Damien Dempsey at Garbo’s in Castlebar.

David Keenan has come a very long way then and has carved a strong name for himself on the Irish Music Scene, playing festivals to a sell out crowd such as The Forbidden Fruit Festival and The Electric Picnic Festival alike. We caught David live for the first time with his full band in June of this year when David performed on the Bank Holiday Monday of the Forbidden Fruit Festival and what a live show that was for us. Seeing David for the first time with the Full band really amazed us and it felt for a moment that he was trying to invoke the memory of Luke Kelly and Springsteen all at the same time. Something very special was happening before our own eyes that day.

In December of last year David released his much anticipated album “Evidence of Living” to critical acclaim, the EP was so popular that it was Sold Out in shops locally in less than one week.

According to Pat Carthy of Hot Press Magazine, To describe David Keenan’s music, I previously offered this: “Not just another young lad with an acoustic guitar, Keenan is the sound of Tim Buckley and Brendan Behan arguing over a few jars a suspicious hand of cards, and Anthony Cronin and Jack Kerouac furiously try to scribble it all down.” Hyperbole, you might sneer, but David has proven me right several times since. He has grown into the character that he created – the tab-end tapping corner boy with the poet’s soul, peddling whispered street rumours filtered through the prism of the Sean-nós tradition. 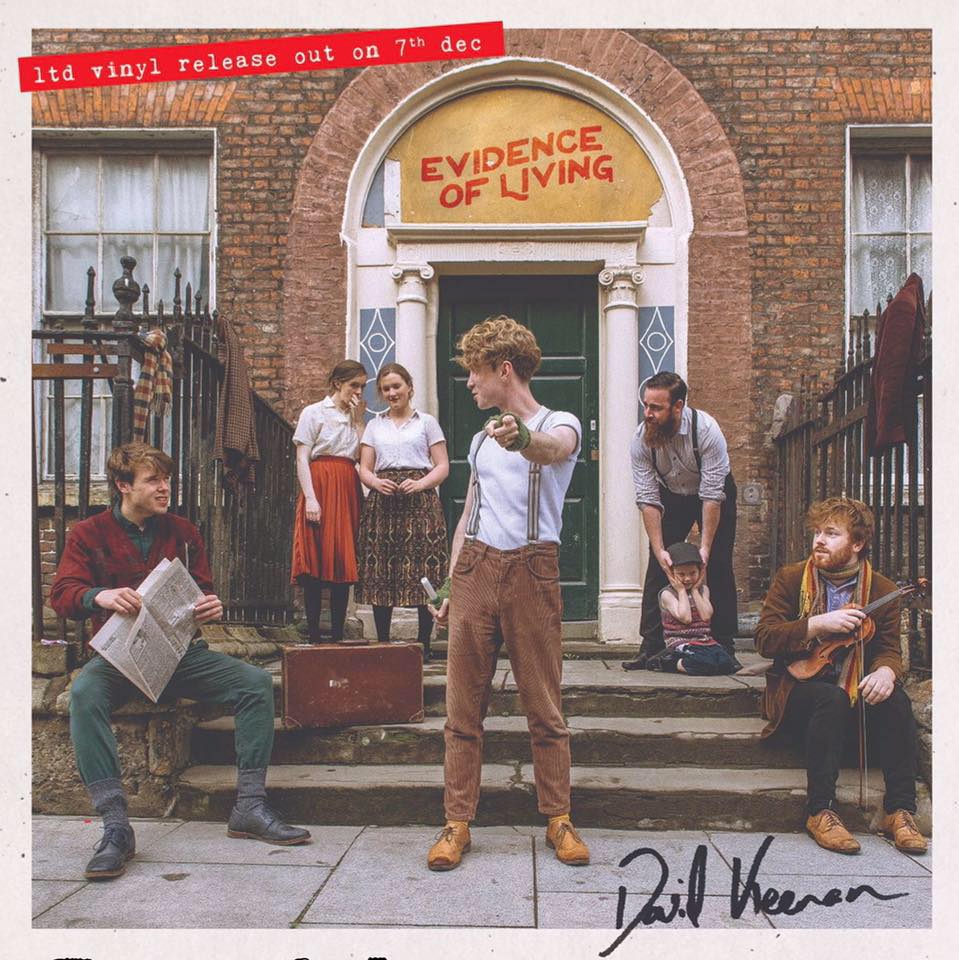 David Keenan who just released his recent “Evidence of Living” E.P is already Sold Out to Critical Acclaim

At odds with the music of the age, compressed as it is to an inch beyond its death, Keenan’s music beguiles you in, his lyrics akin to half-remembered barroom wisdom, that, days later, suddenly makes epiphanic sense. His art remains in a constant state of flux, whether it be sung to an acoustic guitar, delicately played with the small string section currently known as The Organics – navigating the hitherto unexplored hinterland between Nick Drake and Seán Ó Riada – or unleashed with his raucous Unholy Ghosts.

That some of the finest musicians in the country are willing to throw in with him, to play dice for his robes, speaks volumes. Like Dylan, Bowie or Prince before him, Keenan is almost too prolific, songs tumbling from brain to pen. By the time you get to hear what he’s doing, he’s already somewhere else.
But to describe the music, what are the terms available, folk, trad, blues, rock n’ roll? It is all these things, but the only appellation that suits – the one that best befits all the highest musical expression – is the only one that matters. This is soul music.