WHAT THEN?” was recorded at Black Mountain studios, not far from David’s home town of Dundalk. The album was produced by Jonathon Mooney of Portland, OR indie rock band Other Lives. David explains: “WHAT THEN? details my dealings with the human condition, an imagining and re-imagining of what was, what is and my place in it all. Expect all types of weather on the hopeful road towards clarity.” 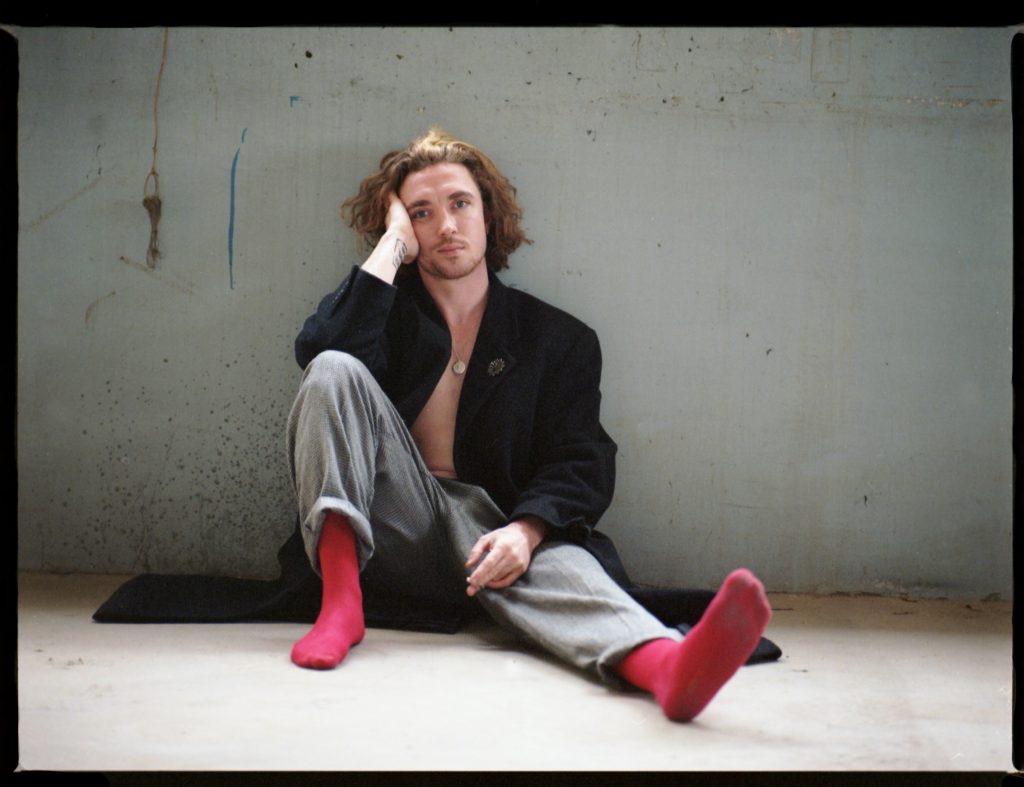 David Keenan will be releasing his second album on October 15th titled ‘What Then?’

The album is preceded by a second new track. ‘Bark’, described by its author as – “an endorsement of irreverence, a wired psyche in flux, wildly howling itself to order” – picks up the story that started with the new album’s lead-off release of ‘Peter O’Toole’s Drinking Stories’. The young Irish singer-storyteller drew on first-hand experiences and lucid creativity of his time spent in Paris and Liverpool, offset by the idiosyncratic traits of growing up in the estates of Dundalk. ‘Peter O’Toole’s Drinking Stories’ was picked up and warmly welcomed by Irish media folk, as well as Clash, Radio X, BBC Radio Scotland, Amazing Radio in the UK and KINK in The Netherlands.

The artwork for ‘Bark’ is designed by Finnish-based, UK-born illustrator Ian Bourgeot, and it continues the creative theme started with ‘Peter O’Toole’s Drinking Stories’; where every song from the album will have artwork specially commissioned by David, working with visual artists from around the world whose work he admires.

“WHAT THEN?” will be released by Rubyworks on Friday 15th on limited edition yellow vinyl, CD and cassette. Check out the new single ‘Bark’ from the album below now