The new track is a great Little Rock number mixed with the punk vocals of lead singer Dean Wright.

Recently the band released their new album ‘Time’s Up” which has being receiving rave reviews from critics around the UK and Ireland.

Let’s tell you a little bit about Dean and Chapter.

Dean and Chapter were formed in April 2019 to promote their debut EP, Spiritual Suicide which Dean had recorded and produced in the previous months.  The band consists of London born, singer/songwriter Dean Wright who has been living in Newry for almost 20 years.  Jason Varley on Bass Guitar who also happens to be the bands amazing sound engineer and producer at his studio, The Shop Recording Studio, based in the beautiful medieval village of Carlingford, making up the third member of the band is Padraig Farrelly..an experienced and epic drummer from Cavan. 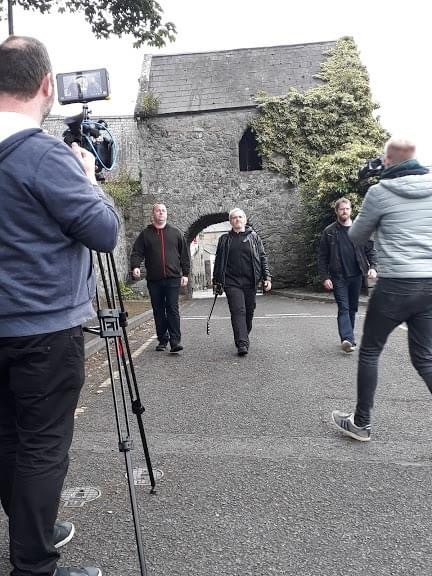 When the band formed in April 2019 they have been consistently gigging around Ireland gaining a loyal following mostly from the punk community, they seem to relate to the sound and lyrics. They travelled to Edinburgh to Headline a show and the highlight of the year was to open for the amazing Irish punk band.

You can listen to the brand new track ‘Calling You’ from the album Time’s Up below now.