Dubh Lee has released a music video for her song When This All Is Over, a nostalgic, uplifting song that is planned to appear on her debut EP. “Like a lot of artists, the ongoing pandemic has delayed the completion of my upcoming release. This song was written during the second lockdown in 2020 and it’s about looking forward to all the joyful things we’ll do when we can come together again, hopefully sooner rather than later. 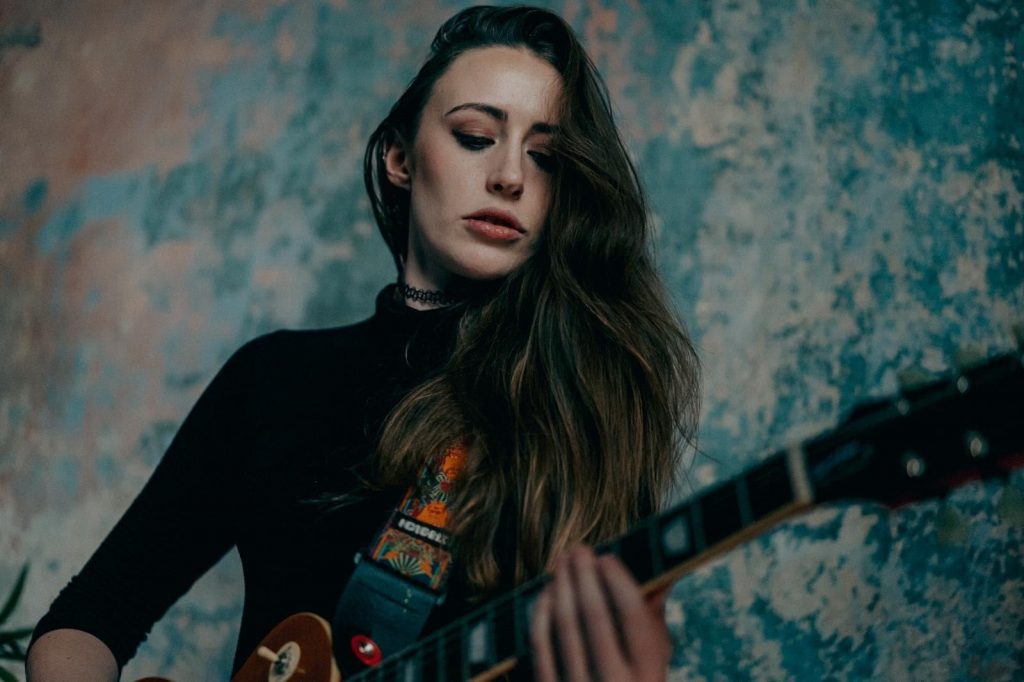 Dubh Lee has released a music video for her song When This All Is Over, a nostalgic, uplifting song that is planned to appear on her debut EP.

The lyrics reflect on various things people are missing due to the pandemic, and in the final verse Dubh Lee talks about a time in the future when she will once again perform before a jubilant crowd in a busy bar. “I remember seeing a lot of artists releasing songs about isolation and fear last year, there was plenty of inspiration to be had around those topics. I wanted to write something to encourage people to keep their chins up, something with a Here Comes the Sun vibe to it.

She goes on to say that  drew inspiration from Simon and Garfunkel in terms of the layered, finger-picked guitar work”. The music video features archive footage curated by Lee to match the song’s themes, with the singer overlaid and costumed in a style that is intentionally retro. The song and video end with a euphoric choral section and a montage of people touching hands, in stark contrast to our current socially distanced society. The song will appear among others on Dubh Lee’s upcoming EP.

Check out the video for ‘When All is Over’ below