Skip to content
Carlo Magliocco is a Dundalk  based, Irish/Italian Songwriter and instrumentalist with a penchant for storytelling and an ear for melody. Having picked up the guitar at the age of 8, Carlo has spent most of his life making sounds on things with strings and explaining how to pronounce his second and occasionally first name.

With his amazing vocals and penchant for using effects on many of his tracks, he never never fails to impress an audience that may have had him down as a traditional singer songwriter. 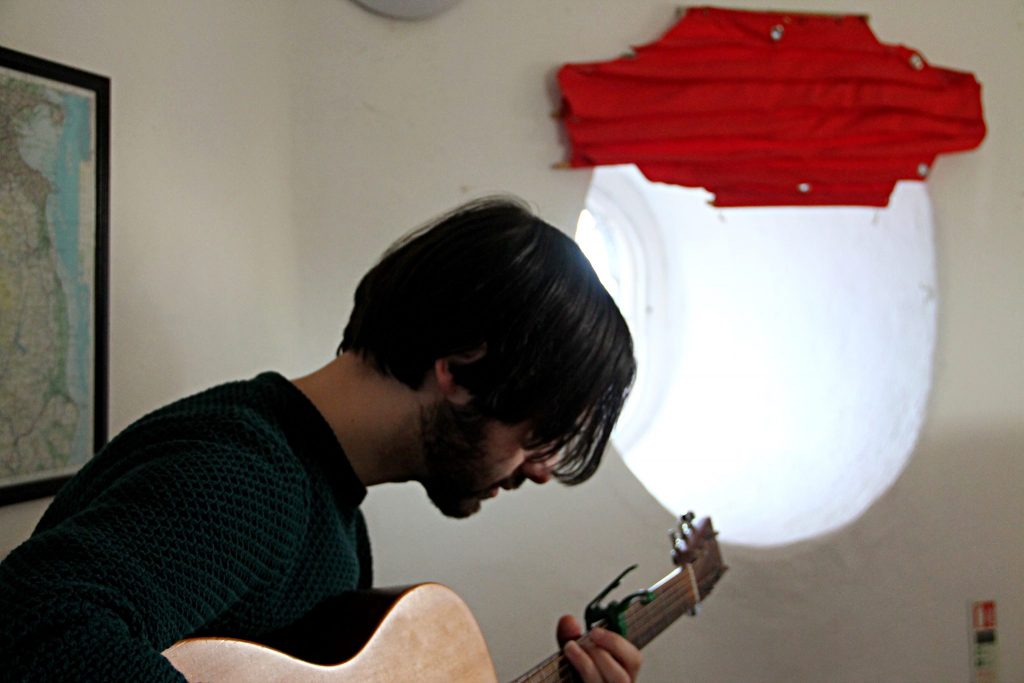 Carlo’s a singer songwriter from Drogheda,who currently live and primarily gigs in Dublin.Influenced by everyone from Lambchop to Nick Cave his music is a unique blend of the styles that have grabbed him the most.

Carlo released an EP called Ghost previously, however performing took a back seat to his studies as he earned a BA and MA in literature. He created his debut album Calendar over the course of a year, with recording taking place across the country, wherever he could find a quiet room and a melody. This album cites influences from artists such as Joni Mitchell, Graham Greene, Elliott Smith and The Mountain Goats