All flocks start small, but this gritty four-piece are rapidly forming a group of followers through their energetic live shows and popular releases. Latest singles Arrows and EP Focus Track Mongrel were praised by Hot Press, RTE 2XM, Indie Buddie, Golden Plec, and all audiences on their national tour.

Between crowd-surfing, mosh pits, and the interaction Danny has with the audience, the band has always been connected with their fans.

The escapism offered by their music and live shows brings people together like a flock of starling. We are like murmurations.

Beautiful with a bite  Under Starling invoke a feeling of euphoria with their reverb-soaked melodies and dark distorted riffs. 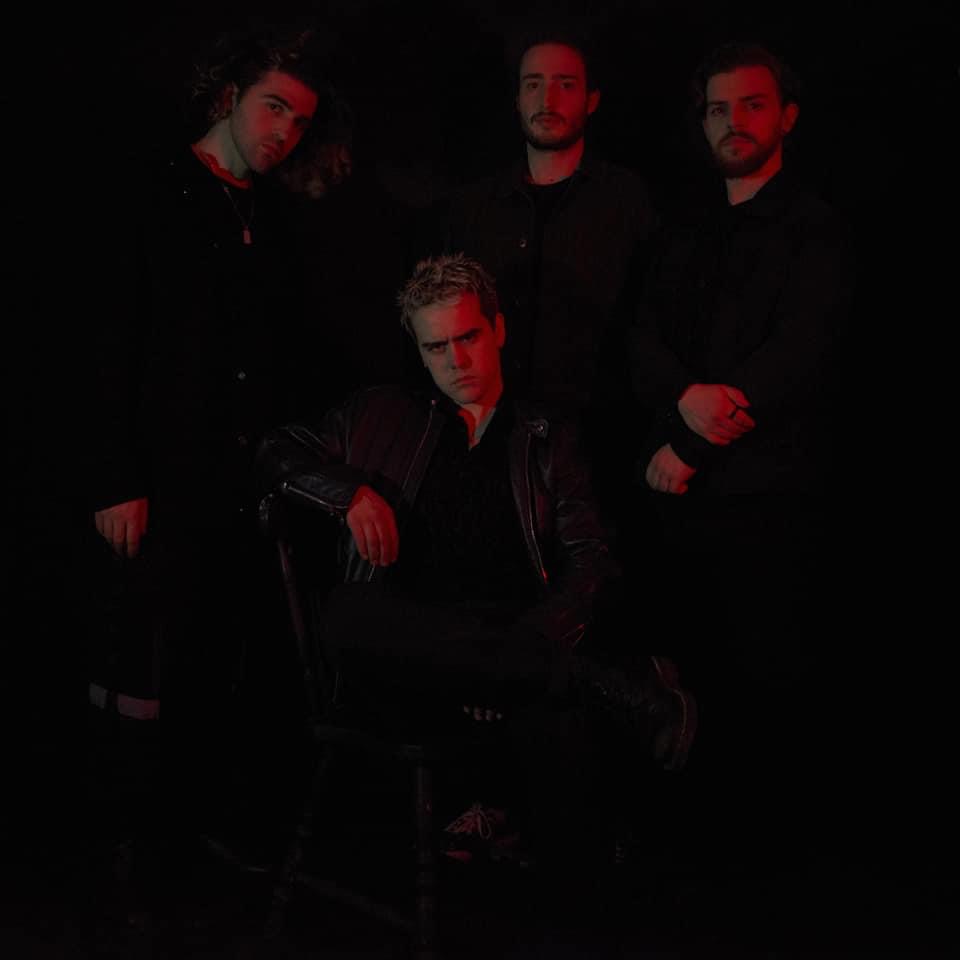 This is a collection of some of our favourite tracks we have been working on over the last two years.

Powerful drum beats drive a rocky undertone to their pop styled music. The band draw influence from the likes of Biffy Clyro, Foals, and The Japanese House but their own sound is “difficult to pigeonhole” (Music Republic Magazine).

The band has played support to many famous acts throughout the years such as Walking on Cars, Fangclub, and Bitch Falcon to name a few. Their own tours have seen packed out shows in the likes of Fred Zeppelins, Dolans, Roisín Dubh, and Whelans.

The  “Mongrel EP”, is out now  on July 15th with the brand new single Big Fish to follow!

The EP was recorded and produced with Graham Byrne & Christian Best.

The Mongrel EP is a body of work that showcases the evolution of the band over the last few years. Each song is enveloped in the emotions of adolescence, and inspired by life events experienced while growing up. Themes of love, heartbreak, adversity, and perseverance are interwoven throughout the EP.

This ‘mongrel’ of a project was recorded over multiple years in various locations – from studios across the country (Black Mountain Studios, Hellfire Studios and Monique Studios) to the humble shed where the band first began.
Due to the band’s diverse taste in music, the five tracks on the EP combine elements of indie, alternative, and hard rock music. Listening to artists such as Ben Howard, Bon Iver, and Kings of Leon awoke a poetic side to Danny’s lyricism and induced an ethereal element to the songwriting.

The heavier aspects were inspired by the surge of hard rock in the early 2000s from the likes of My Chemical Romance, Foo Fighters and Muse. In combining these two aspects, Under Starling have composed a compelling body of work.
The focus track on the EP is Mongrel

Check out the fascinating new EP from the band below!