Leading up to the five-song EP, Elina released a series of successful singles that now find a permanent home in the project. The lead track on the EP is Elina’s breakout single “Thinking of You,” accompanied by a fresh radio edit and creative lyric video.

With 750k+ streams on Spotify, a critically acclaimed music video, and worldwide coverage and radio play, the song marked a new era for the artist. 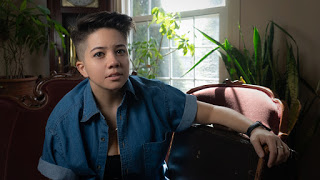 Speaking to Elina she says, “This EP explores themes of movement, travel, adventure, and getting lost to find yourself. It’s me searching for meaning, trying to understand the world around me, and tackling universal questions and struggles through my personal lens. Being a nomad, being queer, being raised on jazz and blues but with a passion for a dirty beat, all of it informs my perspective and sound.”

Elina goes on to say, “The project encompasses a year of incredible growth, both musically as an artist, and on the business side of things through my label, Red Vine Records. As well as perseverance, transitioning to a totally virtual career, and being a part of the resilience of the music industry. The project took place across borders and time zones, with some of my favourite collaborators.”

The project was recorded at Wavefarm Productions (Dublin, Ireland). It was produced remotely between Elina and producers Kevin Brennan, Zach MacPherson, and her dad, Carmine Filice. It also features collaborations with Neolithic, Cat, and Claudia Crampton.