Singer/songwriter/spoken word artist Elina Filice returns with her third release of the year, an infectiously groovy tune “Everything About You.” Another genre-defying track, Elina this time enlists the help of friend and groove-master Neolithic. 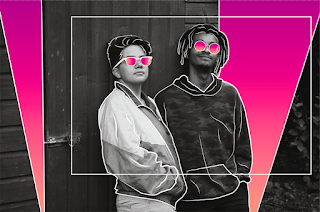 Elina this time enlists the help of friend and groove-master Neolithic. The pair met while studying at BIMM Dublin, and have collaborated on projects and performances over the years.

Elina says, “This song is about when love gets hard. It’s realizing that love goes through seasons, and even the less shiny things about someone or a relationship are still your favourite parts. All of the imperfections make up a perfect whole.”

Neolithic says, “For me, the song represents the moments when you take a second to reflect the little details of a partner, whether preferred or not, as a means to remind yourself how much you adore them, even when they have their own things that might irritate you or vice versa, it’s about taking in the little things that make their personality whole – the beauty that truly be includes our perfect imperfections.”

The song was recorded at Wavefarm Productions (Dublin) and produced by Zachary MacPherson and Elina Filice.

Elina Filice is gaining attention for songs that defy genre and interactive live performances. Her music is soulful and melodic while being influenced by blues and spoken word. Born to Canadian parents, Elina spent her formative years in Singapore before moving to Canada to attend university. She then relocated to Dublin where she worked extensively in the music industry and founded Red Vine Records. Her past releases have been met with critical acclaim from dozens of outlets as well as official Spotify playlists.

Neolithic has been active in the Irish music scene both solo and with his band, Nobody’s Heroes, for over a decade. A singer, songwriter and multi-instrumentalist, Neolithic’s music blends genres and influences to bring listeners a groove-heavy and truly engaging experience.