Enola Gay have already crafted a unique sound that has drawn widespread acclaim from key industry figures and music fans around the globe, culminating with them being chosen to perform at IMW, ESNS, and SXSW for their 6th, 7th and 8th performances ever.

Quickly following their second single ‘Sofa Surfing’ that lead BBC 6Music’s Steve Lemacq to tout them as one of the next big acts, in addition to performances at the well-established and highly regarded showcases, Ireland Music Week, Eurosonic and SXSW, Belfast mob Enola Gay make their highly anticipated return with the nosier and heavier track ‘Through Men’s Eyes’. 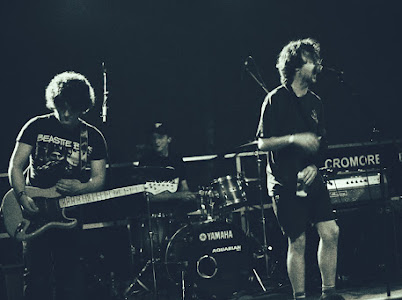 Enola Gay, have just announced our most visceral and noise-orientated track yet

Recorded in January 2020 with Chris Ryan (Just Mustard/NewDad/ Robocobra Quartet), Enola spill their disgust with the outcome of the widely publicised Ulster Rugby rape trial, held in their hometown of Belfast; how it was handled, their disdain for lad culture and how the justice system is rigged against women.