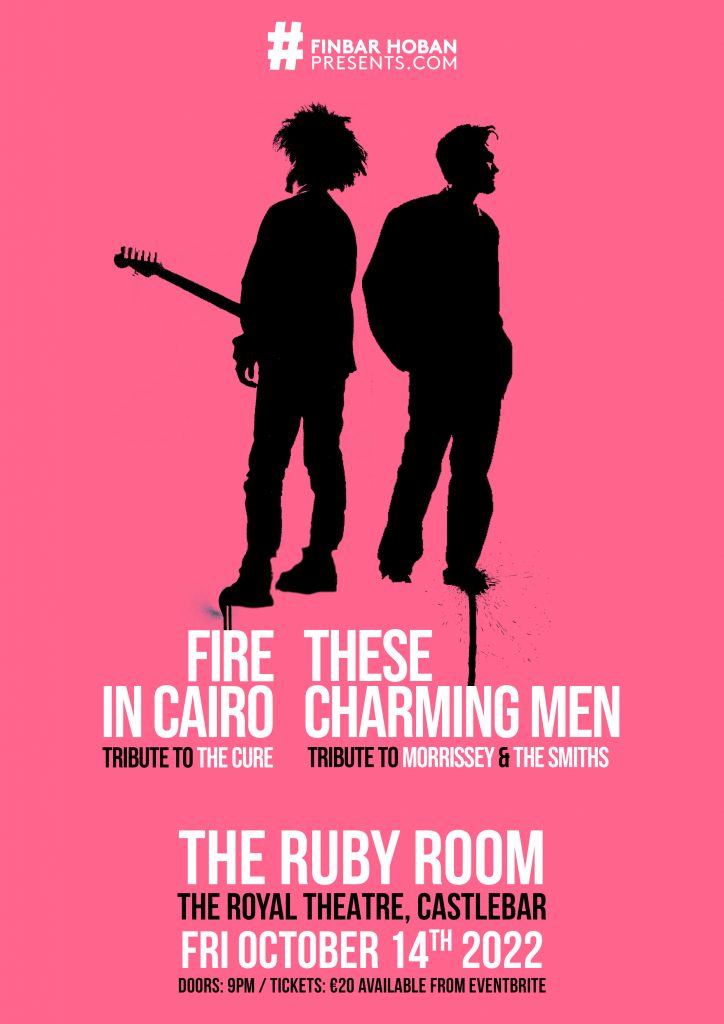 Fire In Cairo  are a Cure Tribute band,  The breath and range of material they cover is impressive, as is the musicianship and execution of the songs. The band also toured Ireland with Cure co-founder Lol Tolhurst.
“It all happened pretty organically,” said guitarist Manolis Pates. “Our Dublin promoter was looking to bring Lol’s book tour here and suggested we play after him each night. Once we were put in contact, he agreed to possibly get up and do a song. We actually managed to get him playing on four songs, I think he really enjoyed it.”
Formed in 1995, These Charming Men – Play the music of The Smiths  are a well known as being the premier Smiths and Morrissey tribute act around.
These Charming Men have toured extensively from Europe, to the USA and Japan, where they replaced Morrissey at the Fuji Rock Festival after he pulled out. Yes, they are that good.
If you want a realistic and faithful representation of the spirit and music of the Smiths or Morrissey, These Charming Men are your only option
These two incredible tribute acts come to The Ruby Room of The Royal Theatre Castlebar on October 14th.
Tickets for the event can be purchased online here