This Saturday night November 29th Dublin Blues Rock band The Hot Sprockets will take to the stage @ The Garbo’s venue in Castlebar County Mayo.
Doors for the show will open at 9.00 and tickets can be purchased on the door on the night.

The last time The Hot Sprockets graced the west of Ireland was earlier this summer where they took to the stage at the Westport Music Festival and they have become one of the best live acts in Ireland of 2014!

A phenomenal live band, recent years has seen these smart blues-rockers play over 200 gigs including support slots with The Zutons, The View, Divine Comedy, Ida Maria, Peter Hook, Republic of Loose, BP Fallon and a rake of festivals including Indie-Pendence, Castlepalooza, Sea Sessions, Vantastival, Arthurs Day, Mannifest, Electric Picnic, a sold out show at The Roundhouse in London and headlining Whelans “One to Watch” festival. 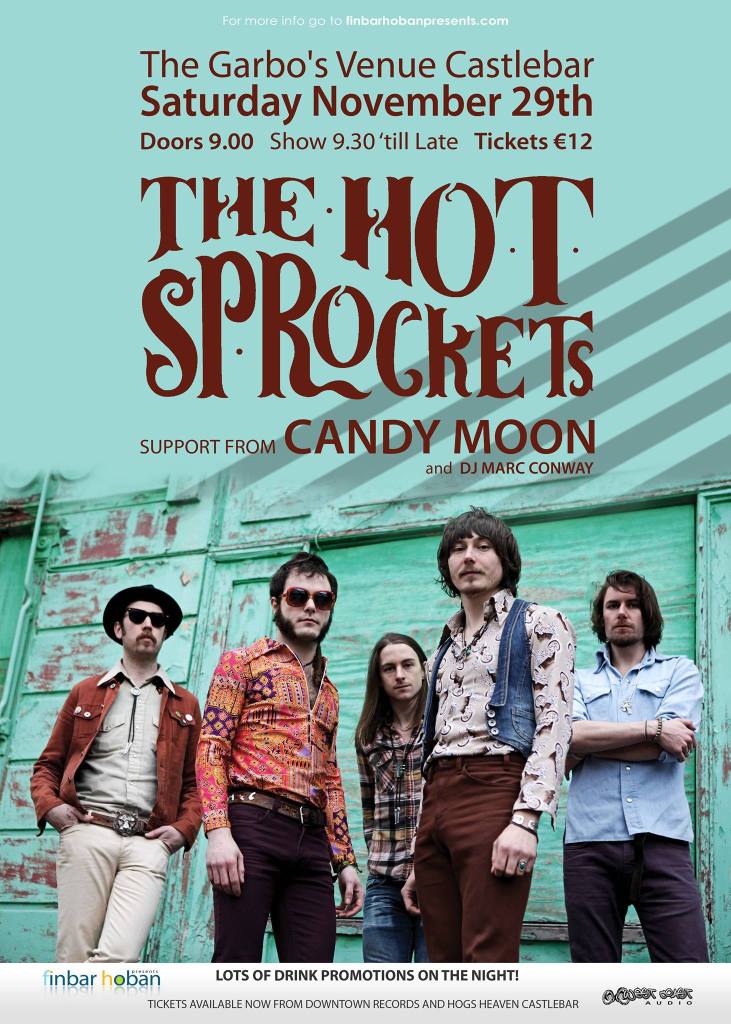 Their music has been used on everything from Bulmers ad campaigns to BBC’s comedy “Fresh”, Irish film “Stitches” and RTE’s “RAW”. The band recently beat off 1000’s of bands to make it to the Hotpress “Play on the Day” final and got to grace the cover of Hotpress magazine. The bands video for “Cruisin’” was nominated for “Best video” & “Best group” at the Irish Music Television Awards.

Tickets for The Hot Sprockets Live @ the Garbo’s venue in Castlebar can be purchased through Downtown Records or Hogs Heaven in Castlebar and cost Just 12 euro! Alternatively tickets can also be purchased on the door on the night of the gig.