Wonderful news has surfaced this afternoon as Irish band FONTAINES D.C. with a strong Mayo connection have just being nominated for a Mercury Prize for their album DOGREL.  Two members of the band are from Castlebar in Mayo.

What we have always maintained from the beginning is that this album would top the poll as one of the best Irish releases of 2019.

The album has also gone international with the news that the record will compete against 12 other artists for the coveted award! 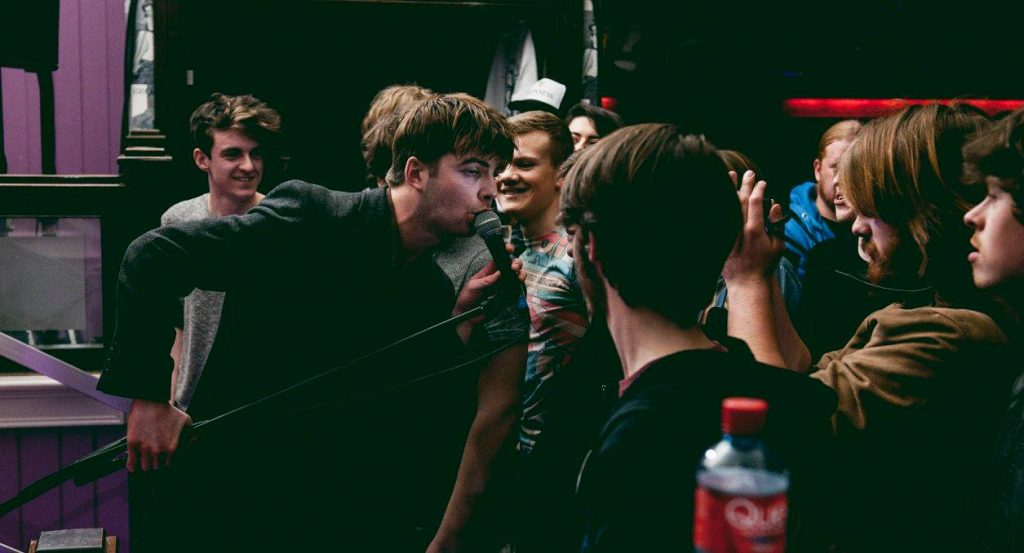 Fontaines D.C. performing live at Garbos in Castlebar under one of our shows in 2016, Photo Michael Quinn