I reckon it is so cool to see local band’s that even though, may base themselves in Dublin make great strides on the Irish music scene. Nerves have been creating quite a stir over the last number of months, not just in Mayo but also on the live music scene in Dublin. The band are currently based in Dublin but they have not forgotten their Foxford roots in Mayo.

Unlike a lot of bands that you may see around Nerves are not afraid to take chances. That is what i really like about them. Finbar Hoban Presents most definitely gives this band a very strong thumbs up! Riding high on the recent success of tour dates Nerves seem to be making a name for themselves! 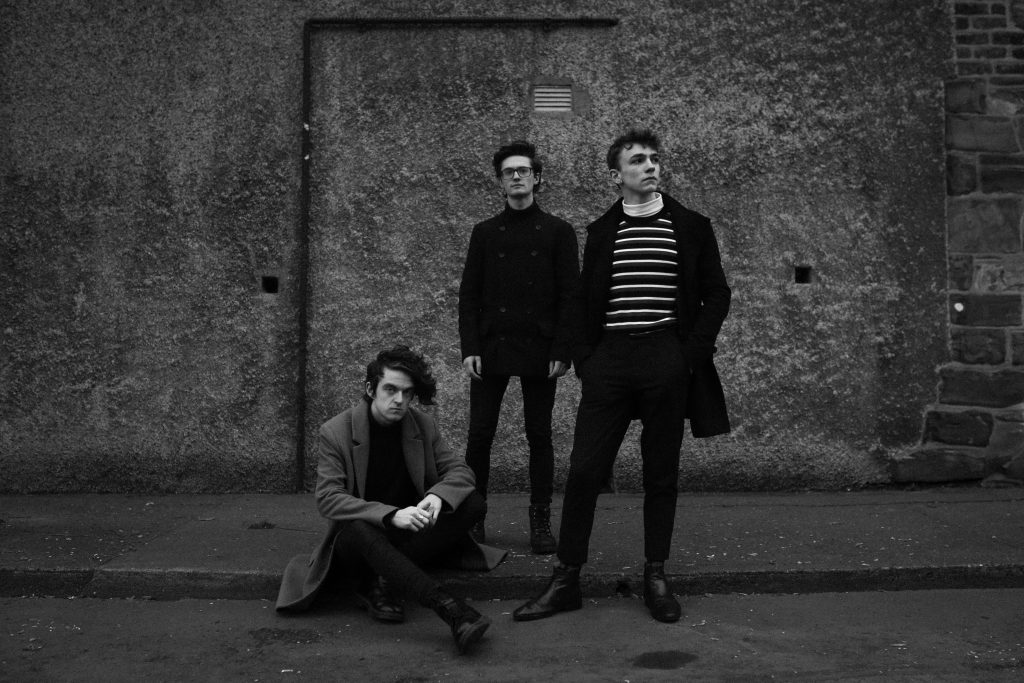 Originally from Foxford in Mayo but now Dublin based Nerves have just released their debut EP Everything Ahead of Us, make sure to purchase the EP on Soundcloud or check it on now streaming on Spotify and all online formats

Nerves first EP is a collection of songs from the first two years of the bands existence and shows the range of moods and musical styles the band displays in their set.

Attempting to mirror the fact that their live set increases in intensity across its run time, Everything Ahead Of Us begins with the poppy 80’s inspired
new wave of Pastel, before delving into Let You Down, a track that starts out in a similar vein to pastel but over its run time becomes more aggressive unto the
point where the track ends drowning in heavy distortion and delay. Check out the new EP Here,

Faces holds this intensity with its breakneck pace and soaring choruses, ending in a loud shoegazey final chorus that provides one of the most intense moments of the EP.

Slow Drive finishes off the EP in more of a Post-Punk/Noise Rock vein with its heavily distorted bass riff, booming tribal like drums and a sinister synth line. This song finishes the EP off in a haze of feedback and guitar squeals, a complete 180 from the shimmering guitar and funky rhythms of pastel that opened it up on pastel.

The EP serves as an introduction to the ever-changing sound of Nerves and proves that they’re a band who don’t want to be confined to one sound or genre.

The EP is officially  out today July 5th  on their own “Post-Pop Records” label. Make sure to make your way over to spotify now and listent to the EP,