Legendary Irish band The Frank & Walters are coming to Castlebar in April! That’s right you heard it here first, The Frank and Walters will perform an up close and personal show at The Garbo’s Venue in Castlebar April 15th and tickets are now on sale!

The Frank & Walters are synonymous with great albums, radio hits and a live show that has taken them all over the world during the course of a celebrated and critically acclaimed career. The new album,

Songs for the Walking Wounded, delivered more classic Franks’ melodies, alongside some poignant tracks on what is perhaps the band’s most personal album to date.

Songs for the Walking Wounded has a lyrical theme running through it that examines what goes on behind the smile. “As Irish we are good at hiding things,” explains Paul Linehan. “We mask so much that it can be very hard to tell what’s really going on with people – their true feelings and how they really are.”

As lyrically poetic as ever, Songs for the Walking Wounded unearths some troubled emotions and acknowledges the struggle that many of us go through during life without being able to properly address or articulate it. ‘Stages’ (featuring a guest spoken word vocal from actor Cillian Murphy) looks at the need for understanding and recognition between people at different stages in their lives, while ‘Father’ is an honest account of becoming a father for the first time and reflecting on how one’s own experiences of being a son can inform that.

Throughout Songs for the Walking Wounded, the Franks’ perennial sense of what makes a perfect indie pop song rings true, yet there is a sense that there is something more profound at work here, something that is maybe as well-disguised as many of the anxieties and complexities being conveyed. And much like the people who struggle to keep these feelings at bay, the album is worth taking a little time to get to know properly, to see and hear what is going on behind the facade. 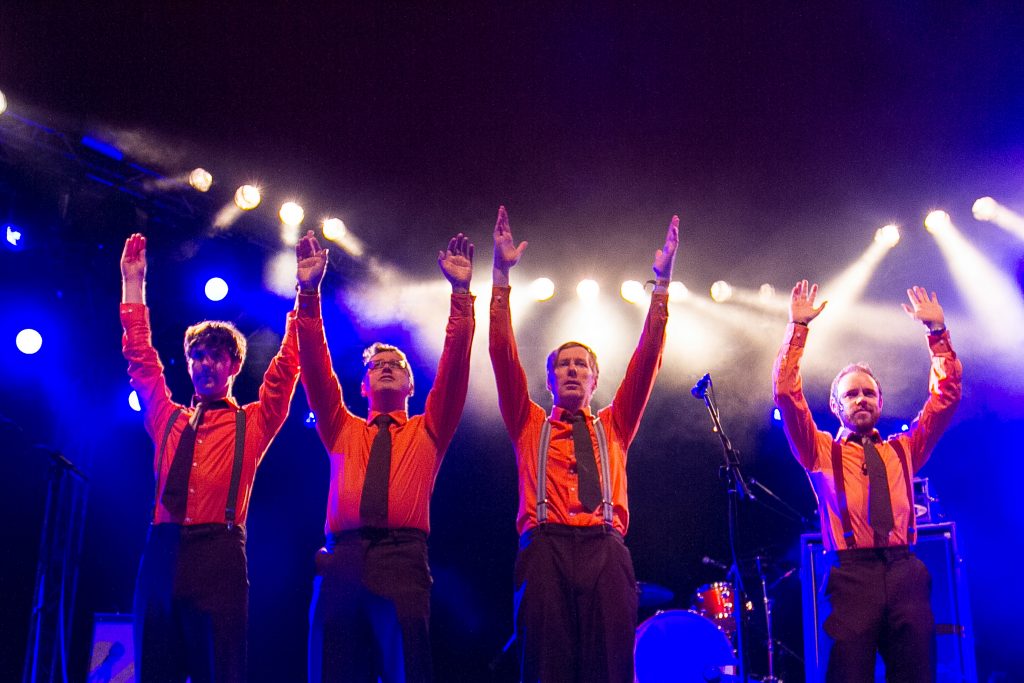 The launch show at Cork Opera House will be the Frank & Walters first show at Cork Opera House since their sold out 25th anniversary gig in October 2014. Since appearing on Top of the Pops during the 90s, while also gracing the covers of NME and Melody Maker, the Frank & Walters have consistently delivered classic indie pop in the form of hits such as ‘After All’, ‘Fashion Crisis Hits New York’ and ‘Indie Love Song’. 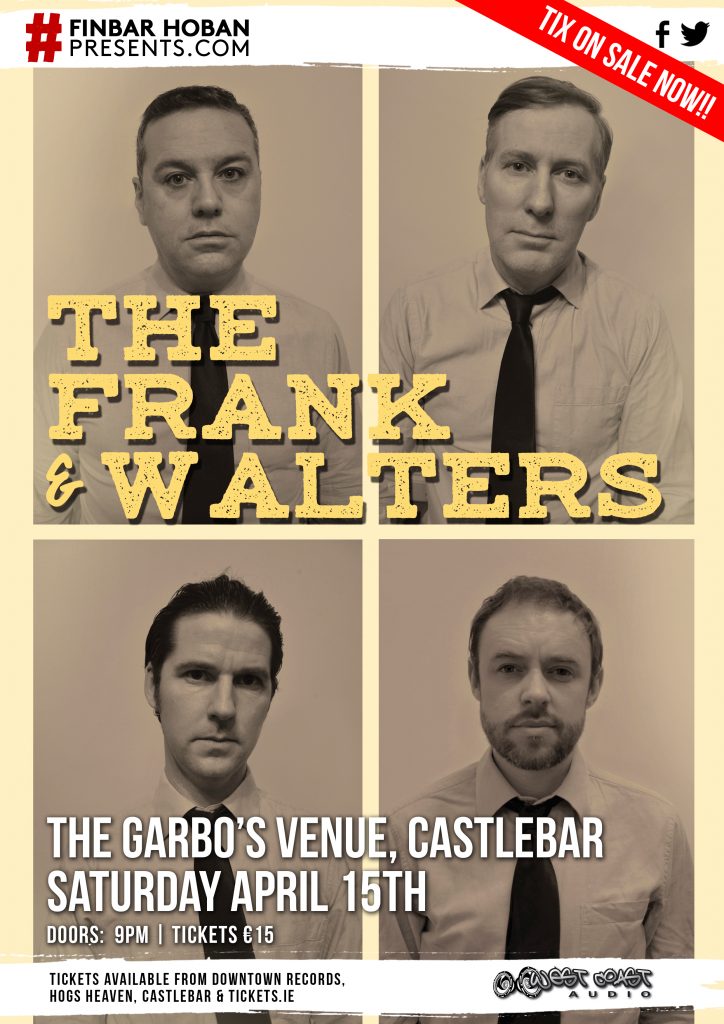 The band’s last album, Greenwich Mean Time, saw the Frank & Walters reach a whole new audience, both at home and abroad, with gigs in the US and as far as Japan for the first time. The Franks have also become regular festival favourites at some of Europe and Ireland’s biggest summer events, recently playing Electric Picnic 2016 and the Shine On Weekender in the UK.