Fro are a band from Galway City, Ireland but have a Castlebar connection in Naoise Jordan Cavanagh

Ranging expansively in influences from Punk Rock, Art Rock, Blues, Folk and Jazz and everything in between. They often leave audiences with love, horror, peace, madness, confusion, tranquillity and chaos.

Drums are handled by Naoise Jordan Cavanagh Bass Guitar is manoeuvred by John Margets Guitars are strangled by Jack Sinnott Vocals and Lyrics are tortured by Conor King. 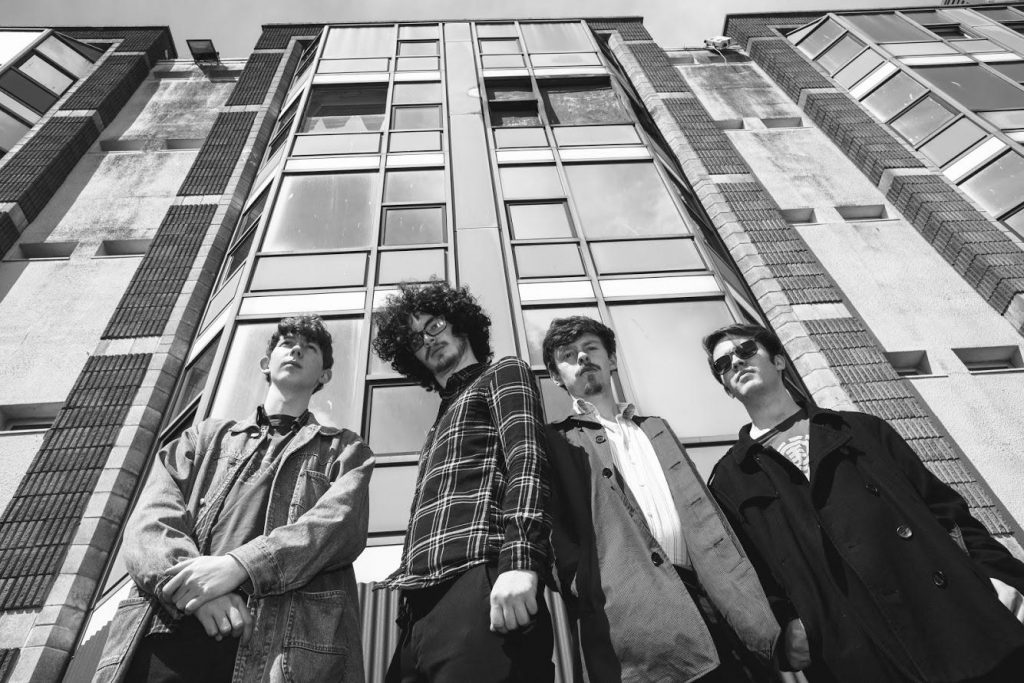 Most recently they released their debut single ‘Desert Song’ on all major streaming platforms with a launch that took place in Galway’s Roísín Dubh.

The music video for ‘Desert Song’ is available now on YouTube. Shot and Directed by the band’s bassist John Margets.

All music is entirely written, recorded and produced by Fro