Hailing from Galway City, Ireland, ‘Fro’ are a band with a range of influences from Talking heads, Sonic Youth, The Doors, The Stooges and Girl band. Their sound is a mix of but not confined to punk
rock, art rock and electronica.

‘Stacy’ is a song the Fro’s been working on for the past 3 years It’s gone through many different forms and now they’re finally happy to bring it to their audience. The track was produced and
engineered by Girl Band’s Daniel Fox, was mixed and mastered by the band’s guitarist Jack Sinnott.

Stacy is set for release on April 11th 2020 on all major streaming platforms. The band’s upcoming gigs in support of the release have all been postponed until further notice due to COVID-19. 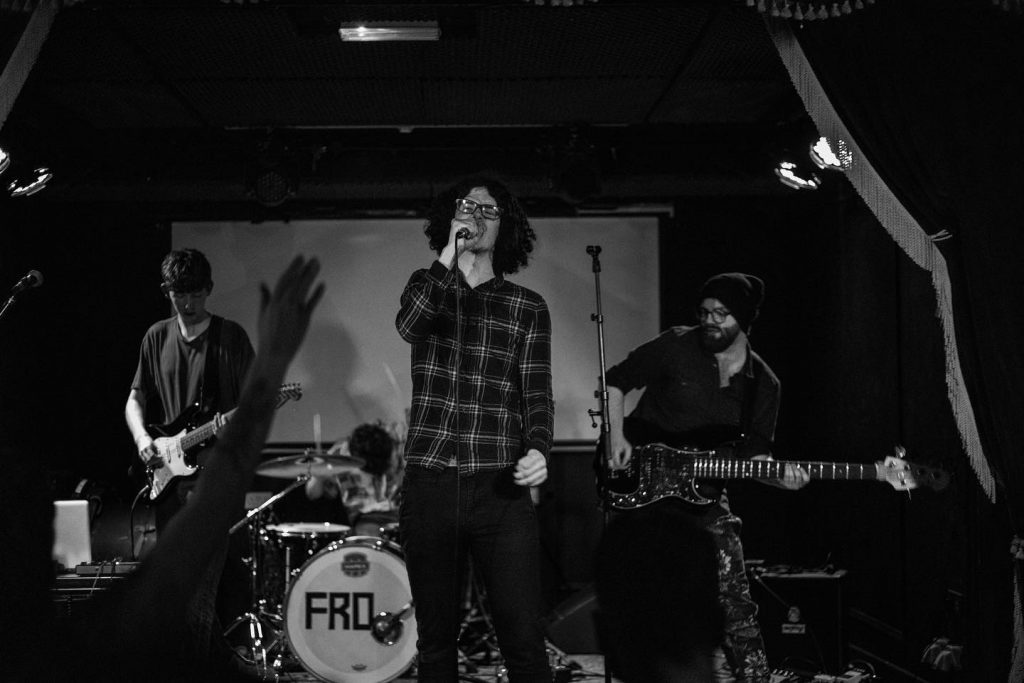