So while we are talking about gem albums from the nineties lets mention Pearl Jam’s second mysterious album (Vs). This still confuses me after all these years!

As you can probably tell by now, Finbar Hoban Presents grew up around of lot of 90’s grunge rock music,

I am not going to review our next album from (in my opinion) one of the greatest rock bands of the nineties, that is Pearl Jam. Although I never found Pearl Jam to be a grunge band but more of a rock act. Grunge was merely a word used for style back then. 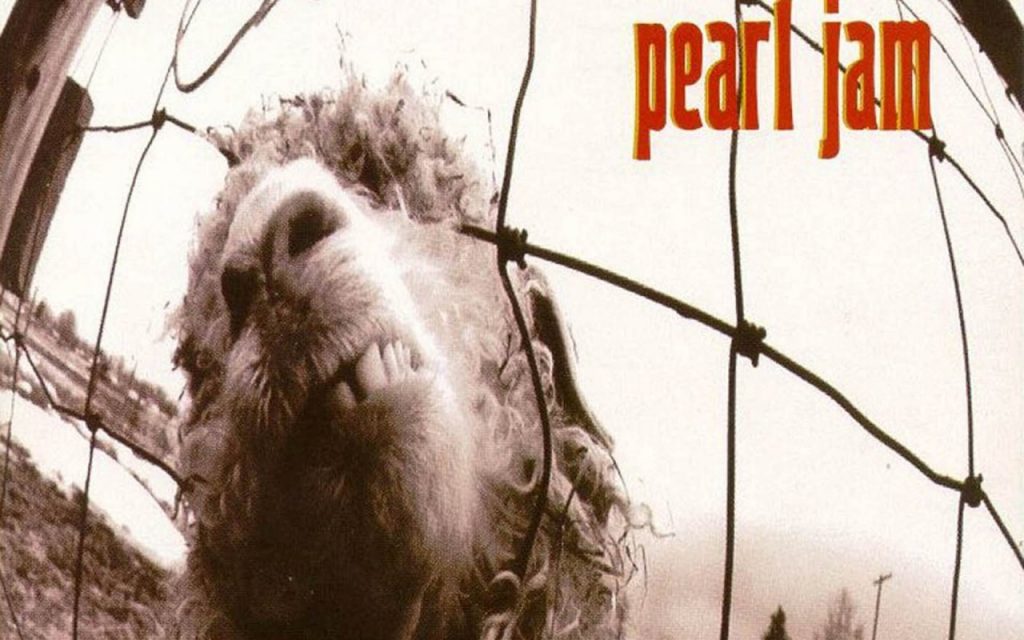 The often mysterious cover for Pearl Jam’s second effort released in 1993, yes folks, it ain’t a sheep but a angora goat, mystery solved!

By the time Pearl Jam’s second album was about to be released the band were almost burnt out from touring their first million selling record Ten. A lot was riding on an incredible follow up.

The album produced by the great Brendan O Brien who was also known for his production duties on the first Rage Against The Machine album, Vs’s was a far more aggressive record than its predecessor Ten.

When it was released it became known for being one of the fastest selling albums in just one week and it wasnt long until it became certified platinum.

I remember upon the release of the record there was a lot controversy for a number of reasons, firstly the band’s drummer Dave Abbrrusse was not getting on with lead singer Eddie Vedder and tension was growing within in the band. Originally Abbruzzese replaced Dave Krusen who played drums on the bands first record Ten. He really was an underrated drummer!

During Vs Abbruzzese toured with the band again but rumours within the press began circulating that his rock n roll lifestyle was getting in the way of the bands current tour.

He was soon fired from the band just before the release of the bands third record Vitalogy even though he is credited for playing drums on the album.

People were also confused for a while too upon its release, is the album self titled? Or is it actually called Vs and how come it doesn’t say this on the cover. What was the animal on the cover?

I always felt it was a sheep but years later i discovered that it was actually an angora goat. Anyway its a great little record and an absolutely fabulous follow up to a million selling album. For instance check out Reaviewmirror, Elderly Woman Behind a Counter in a small town, and Indifference.

It really is a great record jam packed with some really great tunes! We command you to go back and revisit it and you will see exactly what we mean.