Grunge was a massive scene in  Castlebar in the nineties, (a small  coastal town in the west of Ireland )  and no matter what you may think of Nirvana or Kurt Cobain, as a band they most definitely  defined a generation. There was lots of different gang names in the area back then too who incorporated grunge into their teenage lives , one of whom were called The Lane Boys, who remembers them?

I think the “gang” consisted of local lads Eoin Heverin, Robert Moore, David Maloney, Philip Quiqley, Morgan Moran, John Loftus and Richard Pigott, They had their hut situated up a lane way beside Gavins Bakery across the road from St Gerald’s College in Castlebar. A lot of students would skip class and go on the hop here.

I  think it is important to mention them locally and give these guys a shout  out as they carried and had a lot of input in  the scene in the town for some time in the nineties and i know the news of Cobain’s death would have being a huge upset and shock to them at the time. Not to mention all the grunge bands that spawned out of Castlebar . And believe you me, there was lots!!

Seattle’s finest have had tough time over the years especially with the recent death also  of Chris Cornell. Along with Cobain Cornell is considered one of the chief architects of the 1990s  grunge movement.

It really can be a hard bitter pill to take when you hear that an artist that has influenced you all your life decides to take their own life. Its very easy for us to say, Oh yeah get over it.

Which personally i think this is the worse comment you can make or say to someone who maybe suicidal.

I was 16 years old in April of 1994 growing up in Castlebar when i heard the news of Kurt Cobain putting a gun to his head and blowing his brains out. (Yes i know the words are graphic but this is exactly what happened)  Im not going to speak about many of the great bands that came out of the scene.

I would just like to speak briefly about the events leading up to Kurt Cobain’s death that (for me) was the final nail in the coffin for the genre although it did spawn many pointless imitators soon after this, take Creed as an example. 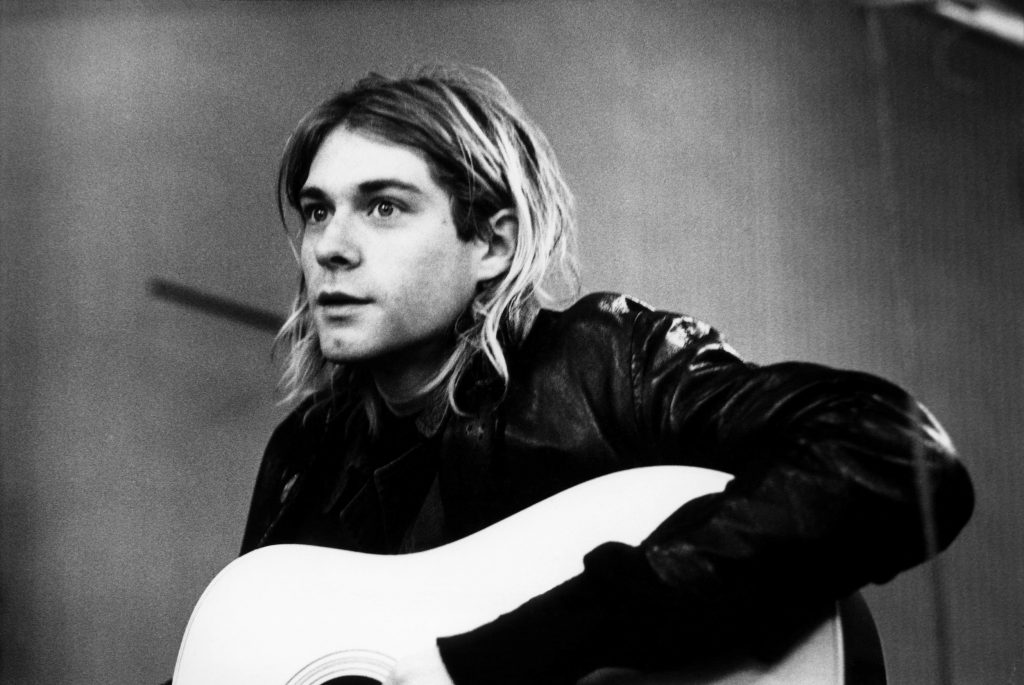 Kurt Cobain, an icon that defined a generation

I was sitting at home in Rathbawn Drive in Castlebar listening to the Dave Fanning show, doing my usual holding the button down on the tape recorder in case one of my favourite bands came on the radio.

On this particular night Dave was interviewing a band called Buffalo Tom.

If i remember correctly Dave Fanning’s show used to air from Monday-Friday from 8-10pm and on this particular night at around 9:30pm or just after, Dave broke silence from the interview with American band Buffalo Tom to say that the station was getting “unconfirmed” reports that Kurt Cobain had committed suicide.

For a long time the news of Cobain’s death really turned the world and the music industry upside down.

Kurt Cobain was found dead in his Seattle home on April 8, 1994, after dying from a gunshot wound to the head on April 5.

A high concentration of heroin and a small amount of diazepam were found in Kurt’s body.

Over the years conspiracy theories have split and divided the band’s fans.  I for one believe that he had being so high on heroin leading up to his death that his mind and body were not in control. Even months and weeks leading up to his death he was having trouble, taking an overdose in a Rome hotel just three weeks before his suicide on champagne and rohypnol.

I want to discuss  a little bit about Nirvana’s third record “In  Utero”.

In Utero was released was released on September 23rd 1993, with a lot to live up after its predecessor. When you listen back to the album now its like one large sucide note to the world from Kurt Cobain.

Throughout it all, Cobains  songwriting is typically haunting, and its best moments rank among his finest work, but the over-amped dynamicism of the recording seems like a way to camouflage his dispiritedness — as does the fact that he consigned such great songs as “Verse Chorus Verse” and “I Hate Myself and Want to Die” to compilations, when they would have fit, even illuminated the themes of  In Utero .

I often listen back to the album on a regular basis and sometimes often find myself thinking that it is almost a better and darker album album than Nevermind. Some might argue this though. Why not check it out for yourself.

When Kurt Cobain’s body was discovered a suciide note was addressed to his imaginary friend Boddah, but bore messages for his wife, daughter and fans. Like i said above i believe that there was no malice in Cobain’s death and that it was down to the amount of drugs that he had in his system at the time of his death. But you will have conspirators out there who believe differently. Lets the man rest in peace.

I think we should just appreciate Nirvana’s work for what they were, a great band that defined a generation but this was the beginning of the end for grunge for me.