Neon Empire are a 4-piece electronic Metalcore band, based in Dublin. The band was formed by guitarist/clean-vocalist Hassan Ali, originally intended to be a Solo Project. Over time, the addition of John Collard (Screams), Veronika Švecová (Drums) and Tom Ambrose (Bass) brought new song writing elements to the table and perfected the sound. 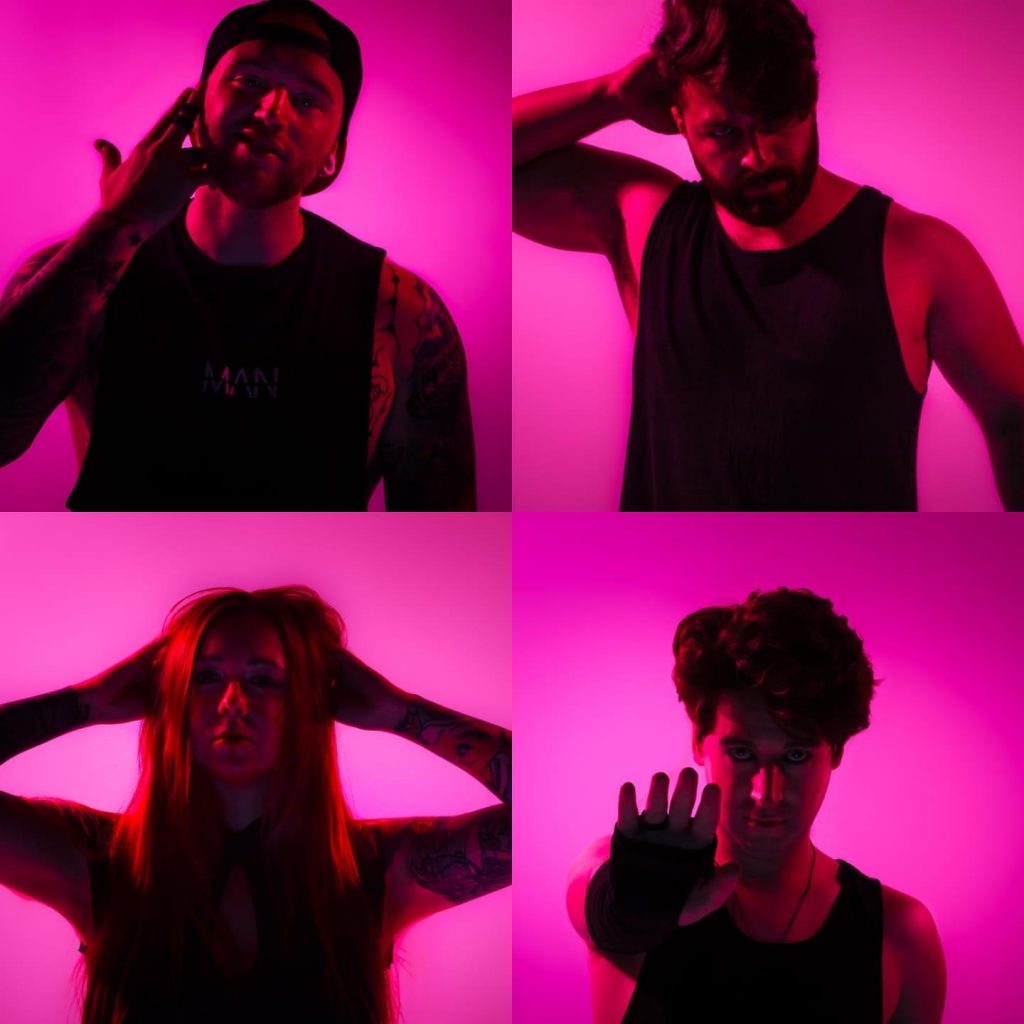 Neon Empire first started as a solo project of guitarist and vocalist Hassan Ali, who took a blank canvas approach to creating an electronic metal sound.

As Tom tells us: “As we’ve added more members, it’s been important to us that the band remains a breeding ground for creativity. Each member brings a unique vision to the table, and we encourage each other to think outside the box. We want to make the best music possible, and having a band full of talented musicians allows us to do that.”

Utilising soaring synth hooks, atmospheric electronic sounds, snarling guitars and unrelenting drums, our goal is to bring unique musical experiences to the listener. On top of this, having two singers ensures that our songs remain engaging and surprising. It gives us the freedom to put the song first, and incorporate any musical elements that will get our point across.

“If you’re looking for music that delivers transcendental, melodic highs before pulling you back down to earth with a brutal low-end, then you NEED to listen to Neon Empire.”