Filmed and edited with  long-time collaborator, Wynona Bleach’s Matty Killen, and inspired by our love of Tim & Eric, The Eric Andre Show and public access television at large. 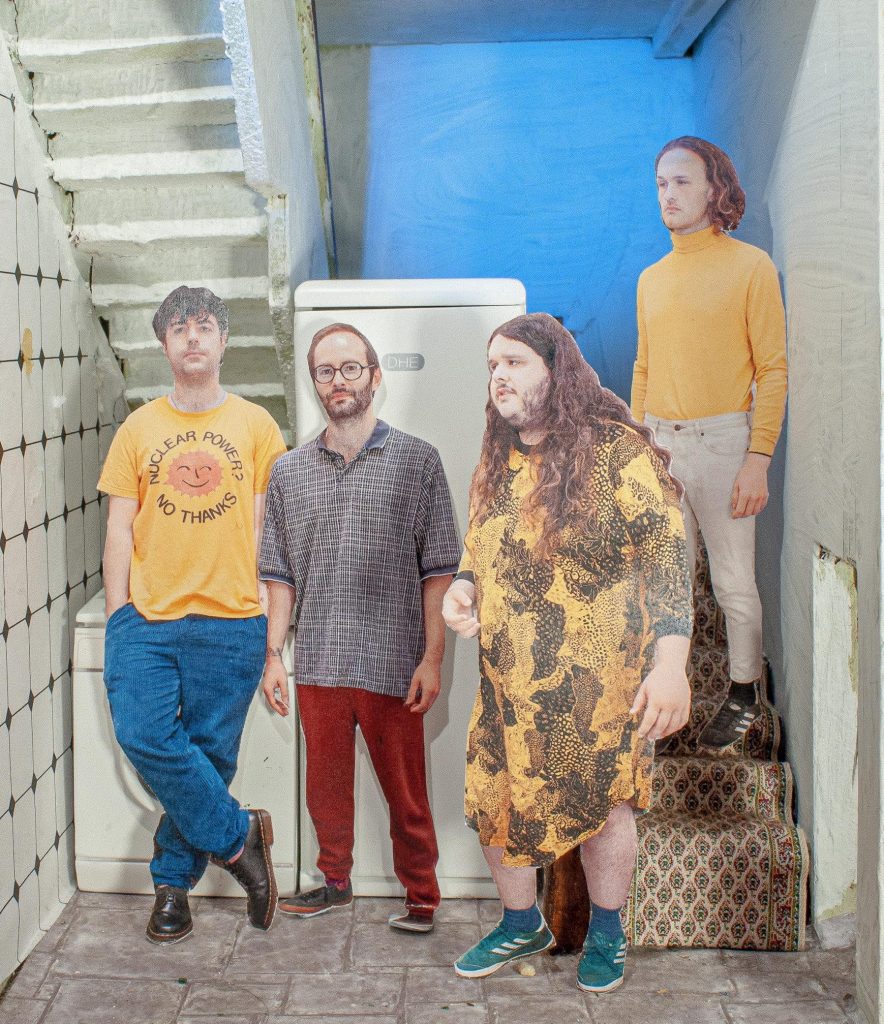 It was filmed in the band’s practice space in West Belfast, and features some recognisable characters on the greenscreen  seeing as it’s the season of the World Snooker Championship, they thought they would throw in a recognisable little easter egg for Irish snooker fans at the end too. It was also recorded and mixed by one of Belfast’s busiest producers, Niall Doran.
The band are offering a copy of thenew EP on recycled black vinyl to whoever can correctly name the most pop culture references and characters in the video – answers to junkdrawerbelfast@gmail.com.
They are set to play a run of Irish shows over the next couple of weeks to celebrate the launch of our latest EP, The Dust Has Come To Stay, as well as our first ever dates outside the UK & Ireland, with more to be announced.
6th May – Cyprus Avenue, Cork w/Percolator – Tickets
7th May – The Workman’s Cellar, Dublin w/Elaine Malone (for Singular Artists) – Tickets
14th May – Ballyhackamore Working Men’s Club, Belfast w/Pretty Happy & The Funeral Rose – Tickets
24th June – Pies Pala Pop Festival, Rennes
25th June – L’International, Paris
Share this story
Posted in Uncategorized.