While the global pandemic has since disrupted the touring plans of all artists, Bright Falls has kept busy in 2020, with the release of single ‘The Widow’s Homes’, and in 2021 with a remix of ‘The Widows Homes’ by Carlow producer FĒNIX and the release of their new track Cassie (My One & Only) along with the recording of their first LP which is scheduled for release in 2022.

The music of Bright Falls is driven by a fondness of nostalgia, an appreciation for an array of musical genres, and an obsession with the storytelling aspect of songwriting. Cassie (My One & Only) is evidence of this, a track which is propelled by a driving bass line with tight drums played by Kevin Callanan, which sets the basis for the melodic arpeggiated guitar that flows over the track, reminiscent of early REM. 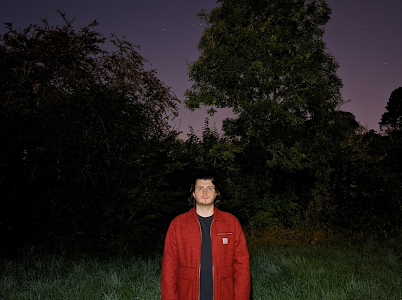 CASSIE (MY ONE & ONLY) Is the brand new track from BRIGHT FALLS, the project of Thurles, Ireland, recording artist Eddie McCormack

The captivating chorus crescendos with the addition of Hammond organ and xylophone played by Martin Quinn who also produced, mixed & mastered the track at JAM Studios (Aine Cahill, The Strypes) in Kells.

Cassie (My One & Only) tells the story of a character who is coming to terms with the unexpected departure of their former lover. The protagonist speaks from a place of deep introspection; “The way we love, it’s never enough until we realise what we’ve lost. ’til then I swear I’ll make amends with everything I’ve got.” Our protagonist must come to the stark realisation that sometimes you don’t get closure, you just have to move on.