Hey everyone and a very happy new year to you all. My apologies for the long delay in updating my blog. I hope you are all well, so its mid January and i am going to give you a run-down of all the acts that i reckon are ones to watch in 2014. A lot of these pieces consist of various blog’s from bands themselves and are not my writings  but in my mind these are just some of the acts to be reckoned with in 2014. Watch some of these guys explode on a  cd or MP3 player near you in 2014!

Lisa O’Neill started writing songs and music at an early age in her native Ballyhaise, Co. Cavan, Ireland. She moved to Dublin, aged 18, to study music on a full time basis. Early on she was welcomed into the folk and traditional scene in pubs and venues around the city where her singular voice, witty lyrics
and observations on modern Irish life gained her popularity and set her apart as a unique talent. 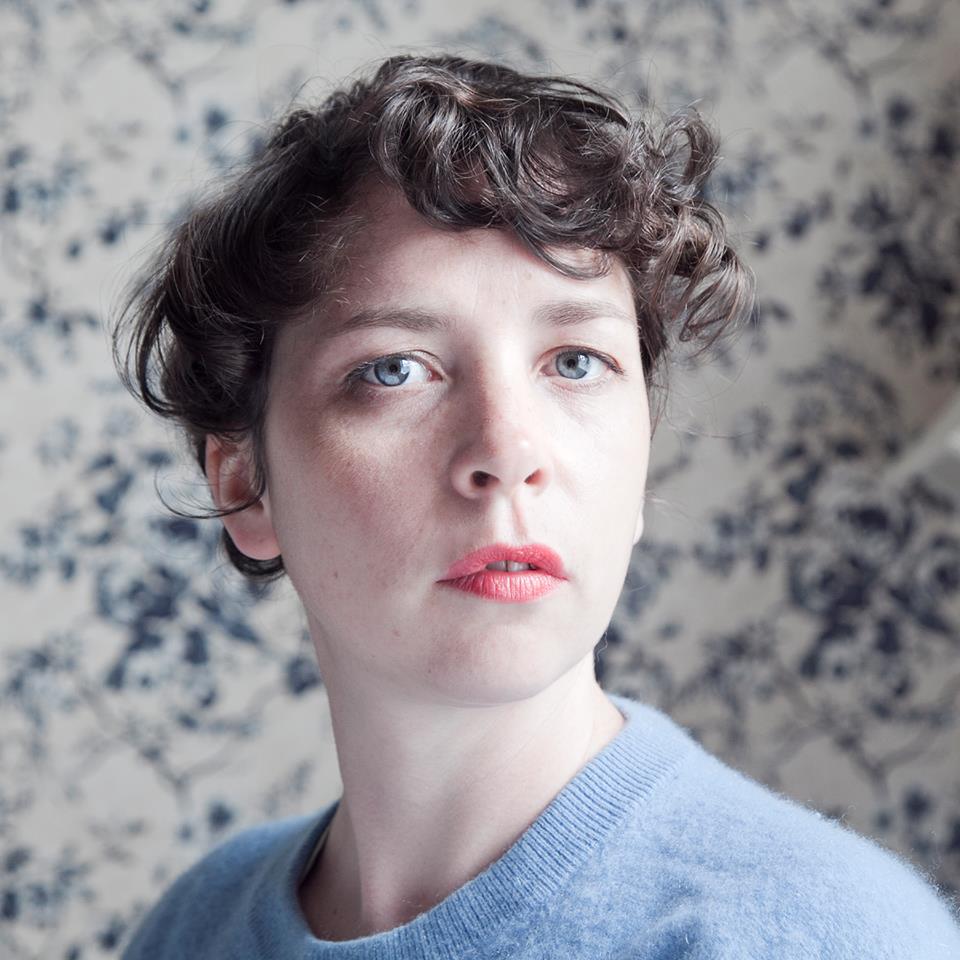 Her independently released debut album, aptly titled “Has an Album” was launched in August 2009 and sold out throughout the country displaying her popularity not just in Dublin but nationwide.

This year she toured North America, Canada and the UK, opening for Welsh singer David Gray. Lisa has just being nominated a choice music award. 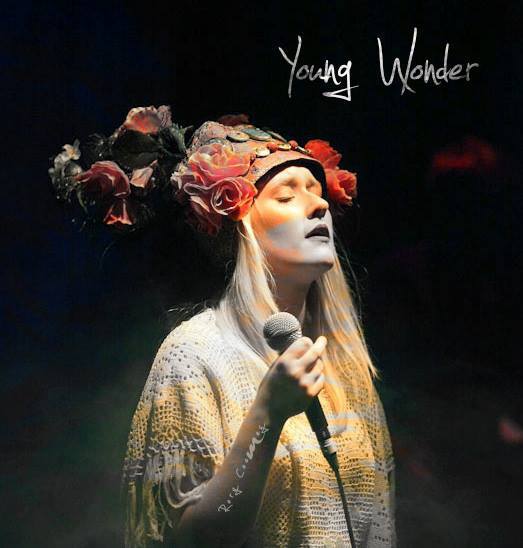 Cork electro-pop duo Young Wonder have been turning all the right heads as of late. Comprised of producer Ian Ring and vocalist Rachel Koeman, May 6th marked the release of Show Your Teeth, the follow up EP to their self titled debut. Tracks To You, Time and Electrified have seen the band acclaimed by Clash, Best Fit, DIY, The Fly,Wonderland Magazine and Pitchfork for the sonic union of Ian Ring’s intricate production and Rachel Koeman’s powerful vocal. Enjoying a whirlwind year, 2013 has already seen Young Wonder wow 02 Shepherds Bush Empire in support of Mercury Prize Winners Alt-J, and headline a Clash Magazine show at The Shacklewell Arms as their stock continues to rise.

This festival season will be a busy one for the up and coming duo, with appearances confirmed at Longitude and Latitude Festival, where they will perform in the i Arena alongside the likes of Purity Ring, Milo Greene, CHVRCHES and Rhye. Placed together by Brendan Canty of Feel Good Lost, the band burst on to the scene in April 2011 with their self-titled debut EP; a stand-out body of work which featured gems Orange and Flesh. These were tracks that displayed genuine and refreshing innovation, powered masterfully by the production of Ian Ring and beautifully underpinned by the ethereal siren calls of Rachel Koeman. Whilst the EP caused people to take notice it was in fact the single To You (released in November 2012) which really captured the public imagination. Dripping with eastern-inspired production, juxtaposed by bagpipes and vocals that would be at home belting from a Swedish ice queen, To You stormed to the top of Hype Machine, comfortably occupying the number 1 spot for three consecutive days. On the week of December 15th Phil Taggart of BBC Radio 1 further compounded the bands public-gusto by highlighting the song as his ‘Single of the Week’, playing the track regularly and interviewing the band over 4 days.

Following on from the success of their debut EP, Show Your Teeth displays the harmony of this pairing with effortless panache. Featuring tracks which will ensnare you in an otherworldly haze, this EP is sure to further hammer home just why this Corkonian pair are being heralded as one the most exciting duos around.

The recent album from Cat Dowling The Believer, a stripped-down affair of funeral pop, is a collection of beautifully crafted and treasured songs, which will envelop your head without you even noticing. It is an eclectic offering of low-key beats coloured with layers of sonic delights and a voice, both hushed and passionate, that will punch you in the gut. 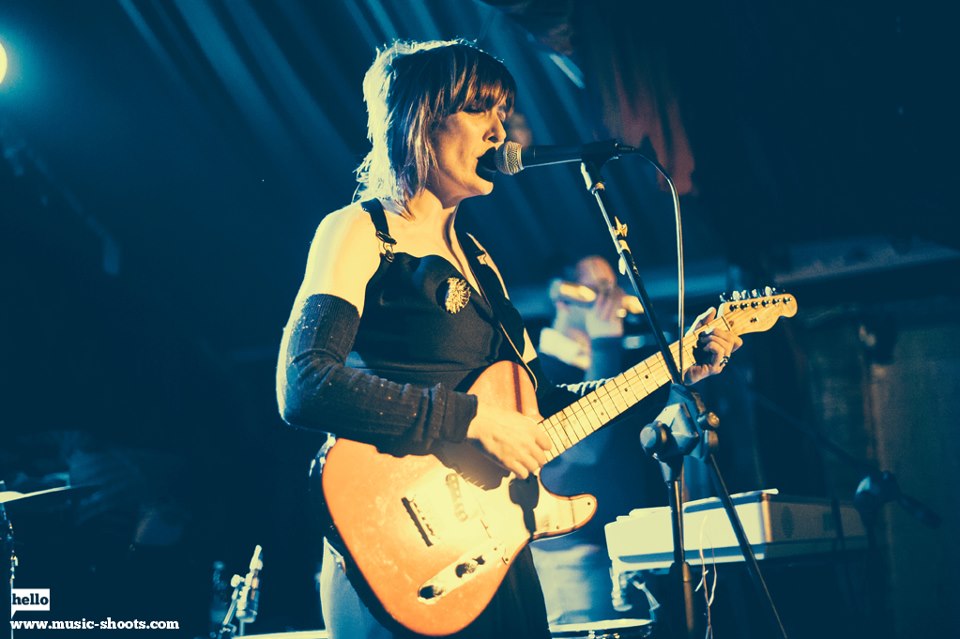 Dowling is currently completing the signings to an International publishing deal.

The reactions to the material from her new album have been extremely promising with her intimate and passionate live performances regularly receiving standing ovations.

Protobaby had a very busy and exciting 2013 building a strong fanbase both nationally and internationally.March saw the release of their debut album ‘The Spark’. Protobaby teamed up with Owen Lewis who has previously worked with REM, Hole and Snow Patrol just to mention a few to record their full length debut, with the end result receiving a massive thumbs up from critics and fans alike. 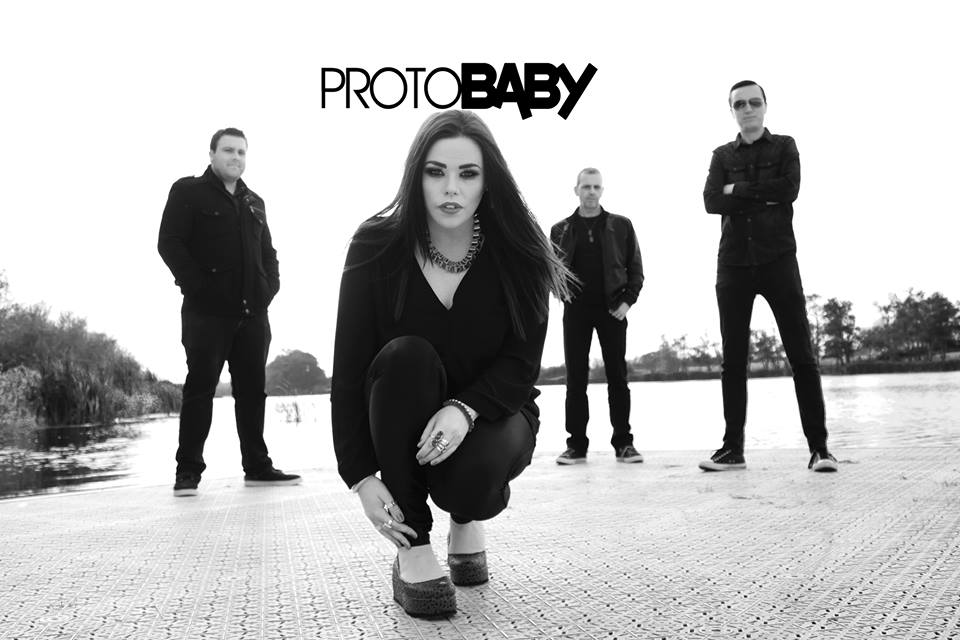 The album was mixed with additional production by Chris O’Brien and Graham Murphy at The Production Suite, Dublin. (The Stunning, Gemma Hayes, Human League, Clannad, The Waterboy’s, Whipping Boy, A House…)

They returned to Poland in May to play at the huge Polish 3 day festival Juwenalia Bialystok 2012 playing to 10000+ people, having played at same festival in 2011 with huge German band Guano Apes.

Singles from the album received and continue to receive lots of national and regional airplay. Singles and videos to date from ‘The Spark’ include: ‘State Of Affairs’, ‘Traditions’, ‘Fluorescent and ‘Only A Spark’.’ ‘Fluorescent’ was named as Today FM’s daily download on Tony Fenton’s very popular national show along with the band also recording a session for the Paul Mcloone show on Today FM and doing an interview on 2fm with Dave Fanning.

Rock ‘n’ Roll road dogs 21 OUTS are an energetic 3-piece band based in Sligo. 21 OUTS have emerged on to the scene in Ireland in the past few years sharing the stage with successful Irish bands such as Jape, Republic of Loose, The Kanyu Tree and The Coronas. They have appeared in Hotpress Magazine, several newspapers and have graced the front cover of Ink magazine. 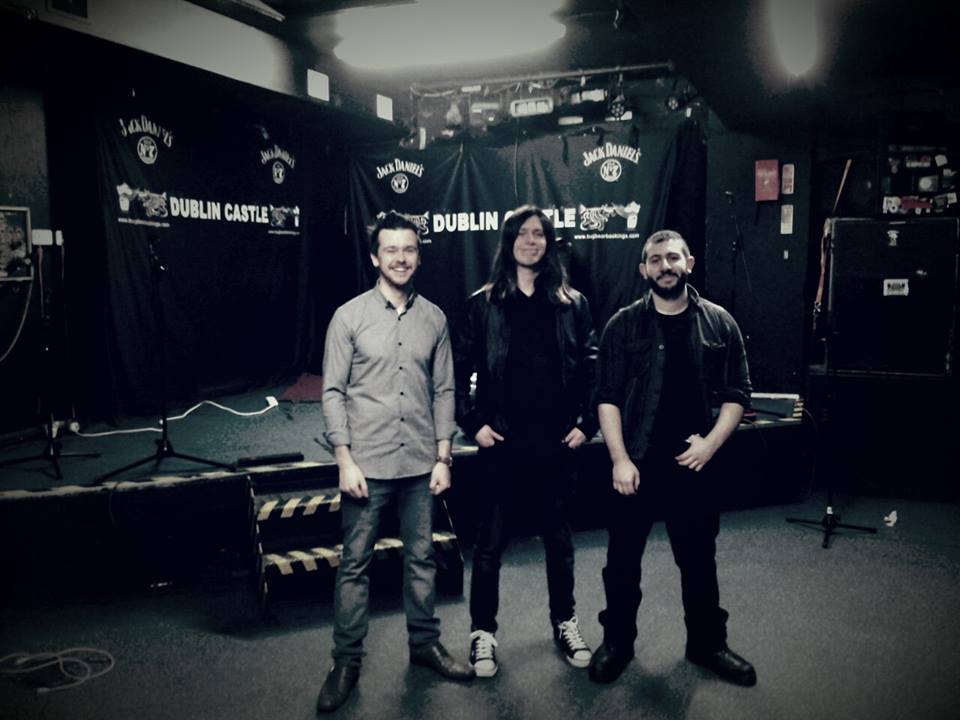 The 21 OUTS sound can best be described as melodic old-school, rock n roll with a modern bluesy edge.

However, the music has its softer moments, and the band is no stranger to the acoustic set. 21 OUTS are extremely hardworking and professional and have honed their craft having toured extensively around Ireland and Europe. 21 OUTS are renowned for their highly energetic performances and have been described as ‘one of the best live bands in Ireland’

Ka tet are a Galway(Ireland) based, three-piece rock band whose sound focuses as much on 3 part vocal harmonies as it does on crunchy guitar riffs, gripping rhythms and chunky bass undertones. Their hard hitting music has been compared to the likes of Pearl Jam, Queens of the Stone Age, Black Rebel Motorcycle Club and Them Crooked Vultures. The band encapsulates elements of all of these influences, combining them to create a unique and exciting new sound.

Ka tet have released two singles to date from their debut album ‘ARCADIA’, ‘Let my Lady’ and ‘Bob N’ Charlie’. ‘ARCADIA’ was recorded between Grouse Lodge Studios and Cold Room Studios and was mastered by Richard Dowling in Wav Mastering Limerick.

The band have been extensively touring Ireland and have built up a reputation as an act that needs to be experienced live. They have graced the stages of Knockanstockan, Indiependance, Vantastival, Gateway and Helium Festivals as well as dozens of the country’s top music venues and will be embarking on a European Tour this Winter. Ka tet signed with Irish independent record label Ruby Music in late 2012. ‘ARCADIA’ was released on the label in Ireland on August 19th and internationally on October 14th. 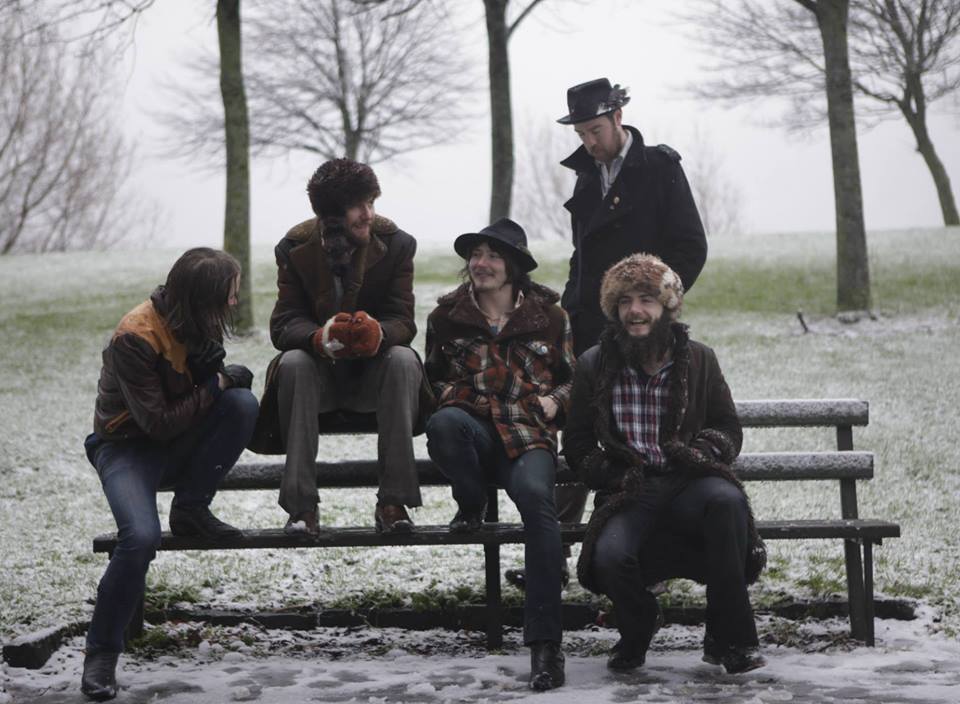 A phenomenal live band, recent years has seen these smart blues-rockers play over 200 gigs including support slots with The Zutons, The View, Divine Comedy, Ida Maria, Peter Hook, Republic of Loose, BP Fallon and a rake of festivals including Indie-Pendence, Castlepalooza, Sea Sessions, Vantastival, Arthurs Day, Mannifest, Electric Picnic, a sold out show at The Roundhouse in London and headlining Whelans “One to Watch” festival.

Their music has been used on everything from Bulmers ad campaigns to BBC’s comedy “Fresh”, Irish film “Stitches” and RTE’s “RAW”. The band recently beat off 1000’s of bands to make it to the Hotpress “Play on the Day” final and got to grace the cover of Hotpress magazine. The bands video for “Cruisin’” was nominated for “Best video” & “Best group” at the Irish Music Television Awards.

The Hot Sprockets are living up to their early promise and stunning debut album (Honey Skippin’) by recording a mighty (yet unnammed) second album which is described as an album “to be listened to in the spirit in which it was made”. This album was recorded in Grouse Lodge, Windmill lane & Orphan Studios, it was produced by Gavin Glass and mixed by Declan Gaffney(U2) & Dougal Lott(Ray Davies).

Their kind of Rock N’ Roll music is haunted by the ghost of country and blues – take the good-time revolutionary spirit of MC5, simmer it down to the sounds of Crosby Stills Nash and Young, add some rough-edged Eagles of Death Metal and you are somewhere near the sonic nugget that is The Hot Sprockets.

“Clocking in at a fearsome six minutes, “Lawman” pits a martial drum stomp against brown-note frequencies that feel like intestinal blockage and hi-hat accents that sound like they’re being played on circular saws, all the while frontman Dara Kiely makes like a young, easily agitated Stephen Malkmus suffering an existential crisis in the midst of studying for his mid-terms as a death-disco revival party rages in the dorm room next door. 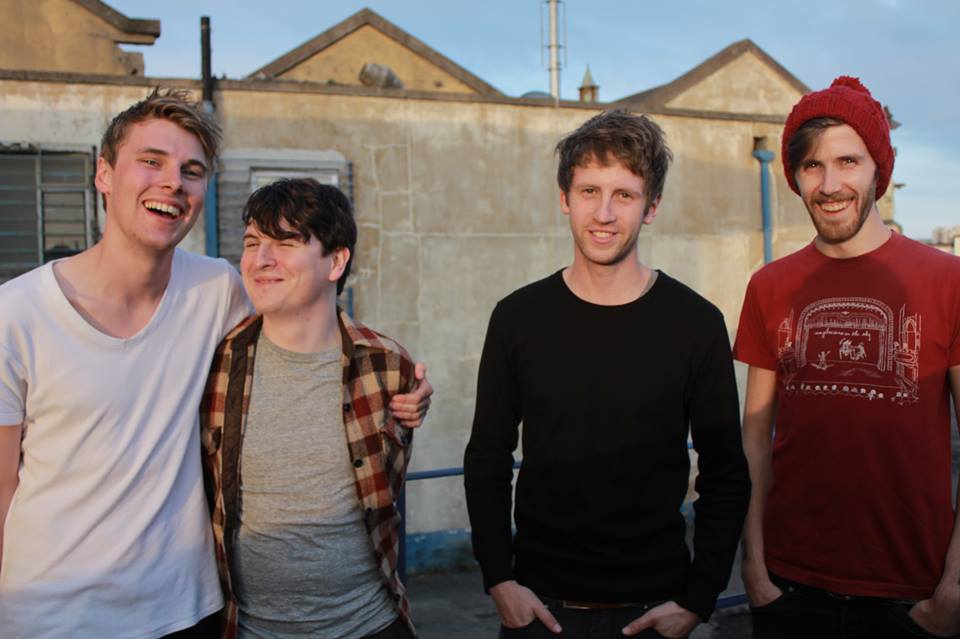 Their new single “Lawman”, which is coming out as a Limited 7′, boasts no-wave muttering over a cacophony of defribrilated guitar, as the instruments are forced to glitch and burp within an inch of their lives.
Noisey/Vice

HOGAN:
Next up is to finish the to be titled new album. The final phase of recording is
Scheduled for March and April in Berlin Germany with Producer Jose Alverez Brill in Pleasure Park Studios, and Mark, Ronan, Wayne & Johnny cannot wait to get stuck in. The new single will be coming your way in April, ahead of the band traveling back to China for further live shows. Home wise in the short term the band can be seen live at the 2013 Teen Aware Concert on March 29th (Good Friday), taking place at Kilbeggan Racecourse, Co.Westmeath. Other live dates are currently being planned to coincide with the new
release album  and a busy summer festival season are also expected. 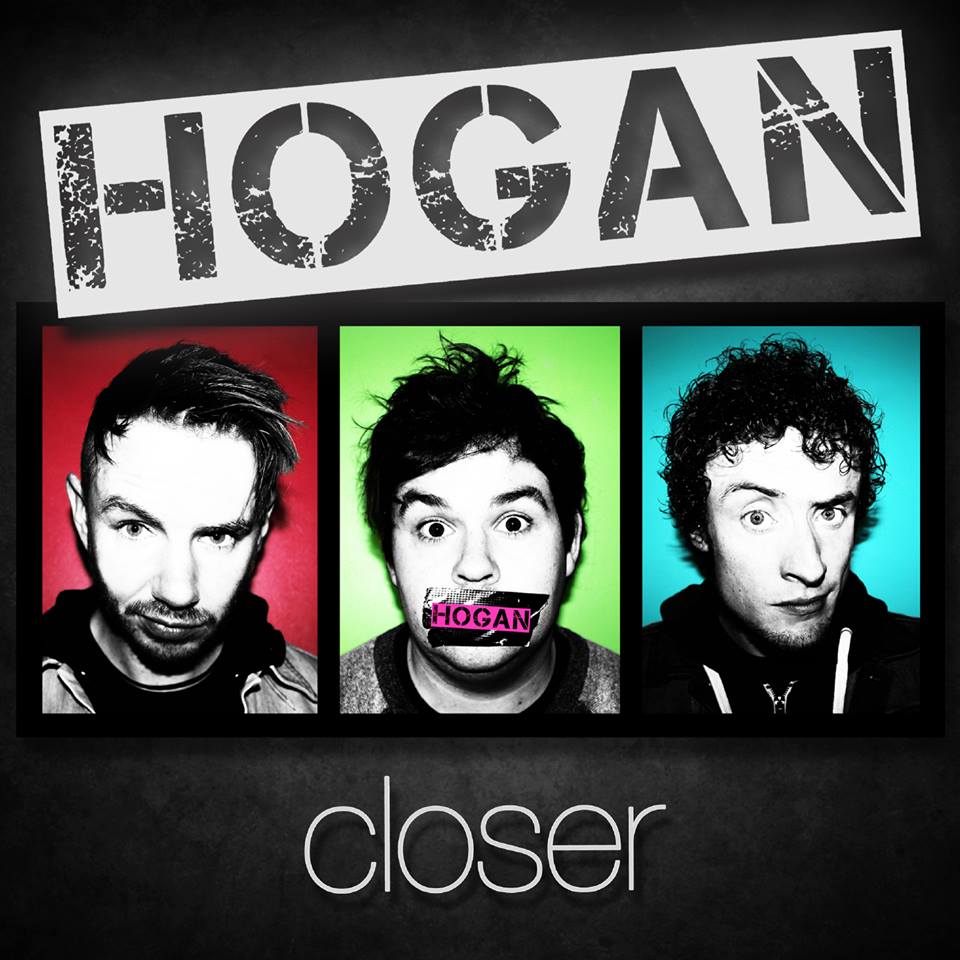 HOGAN is a band that is constantly evolving music wise & quite clearly not keen on Staying in one place for too long or said in another way….LOVE touring
HOGAN is fronted by guitarist and songwriter Mark Hogan with Ronan Nolan on
Drums, Johnny Westman on bass and Wayne Brereton on lead guitar.

Over the last
Four years HOGAN has become known for their energetic, electric live performances. 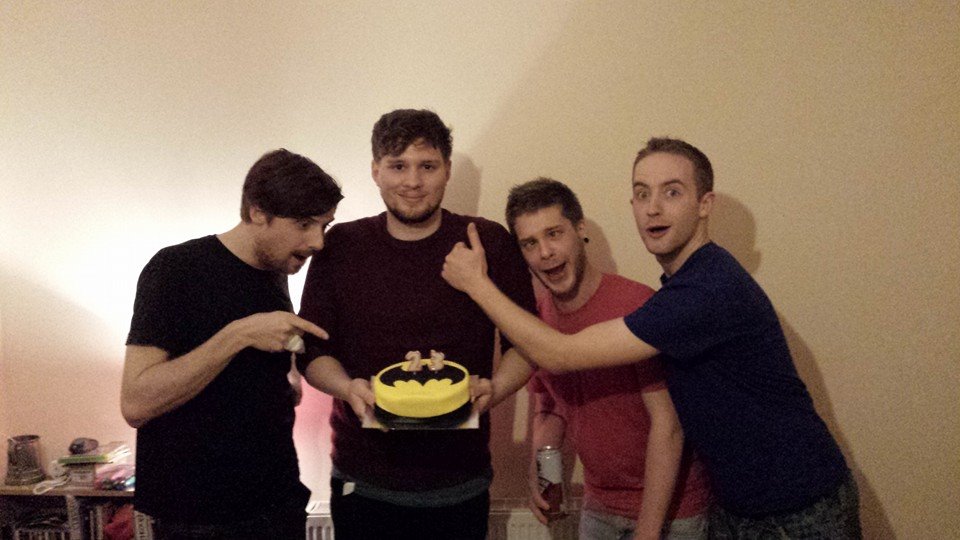 When it comes to their live shows, they don’t hold back. The shows are as energetic and colourful as their music, with a strong passion for the songs exuberating from each member on stage.

Race the Flux have had a wealth of experience in the past playing with the bands; God is an Astronaut, The Minutes, The Redneck Manifesto, And So I Watch You From Afar and Tame Impala.

Pilgrimage are a 4-piece alternative rock act from the rugged west coast of Mayo. Formed in 2012 by members of On Pain of Death and KMCG, their songwriting fuses elements of stoner-rock, grunge and metal to produce a heavy yet melodic groove that reveals influences of bands spanning generations of rock, such as Black Sabbath, Soundgarden and Queens of the Stone Age. 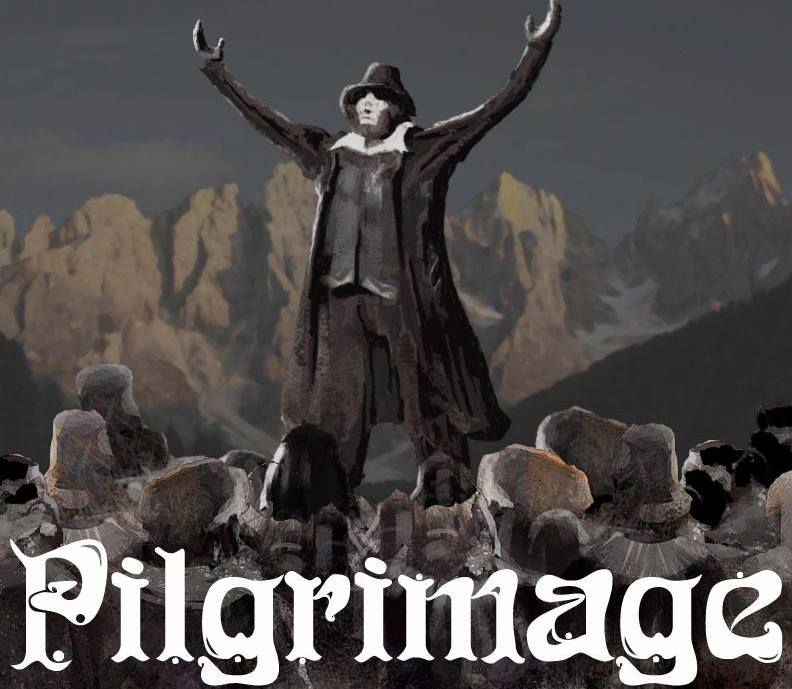 They have released a 2-song demo, recorded in Oaks Studios, Enniskillen in March 2013 and plan to follow this up with their official debut release in the summer of 2014.