We got sent info about these chaps a few days ago and we finally got  around to listening to their sound, let me start by saying these guys really know how to experiment with their sound. Think The Cure, meets Tool to the soundtrack of a Michael Mann movie. Its being a while since we listened to an Irish act that is willing to take their sound to the next level with such bravery! And Neverwait do it so very well!!

Although Neverwait’s say’s their biggest musical inspirations are Bon Iver, Pink Floyd, John Frusciante, Alt J, Hans Zimmer (Which is all fine by us!) . They draw from a wide range of musical genres and try to find inspiration everywhere. 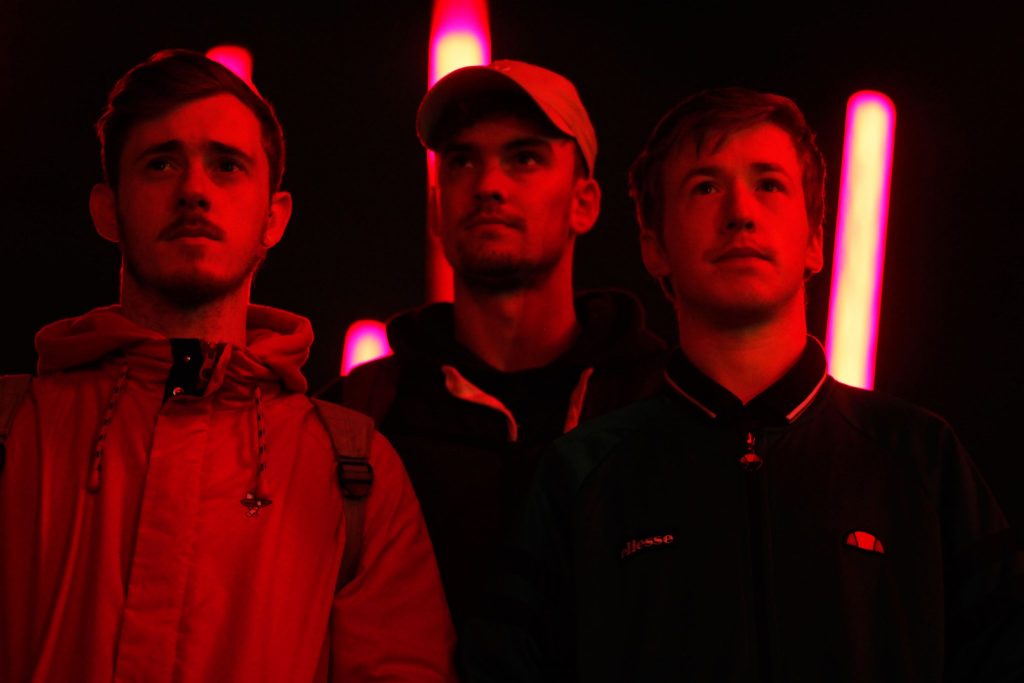 Nerverwait are definitely ones to watch for the future

Lyrically, Neverwait, incorporate themes of nature, Irish mysticism, psychedelia, humanity and the mind. The foundation of much of their lyrics come from poetry and fiction. Writing is a collaborative process for Neverwait, with all band members contributing.

Brian Rudkins(lead guitar, vocals), Cian Ferguson(bass, keyboard) and Keelan Gannon(guitar, vocal) met in 2015 while attending Dublin City University. They soon discovered a shared interest in music and started jamming. Initially they released an EP under the moniker of The Great Attractor in 2018. The band was renamed during a road trip along the California Coast with nothing but a Jeep and Coleman tent. On returning to Dublin Neverwait released two singles “The Wave” and “Flee”. The latter receiving a review from Nialler9, an Irish music blog and even featured on it’s Irish Music Playlist on Spotify.

The band retreated to Sligo in May with a battered laptop and a backlog of music. They set about crafting their first album “Blind” in a shed under the shadow of Knocknashee. Nine songs were created:  BLIND, ELBOW, HAPPY PILLS, RECKONING, FALLING TIME, HELIOS, TURNING WHEELS, EASTWARD WIND and SPACE TRAIN. “Blind” is a concept album dealing with the transition to adulthood and the pursuit of purpose in life, set to the soundscape of Dublin City. The tracks are connected in a semi-narrative format, linked together by soundscapes, the inspiration for which was born from a love for Pink Floyd’s album structuring especially “Wish You Were Here” (1975).

Sonically the album draws on elements of rock, electronica, lo-fi, hip hop, psychedelia and the new wave of alternative pop. The album was recorded and produced by the band themselves using the equipment they had gathered over the years. The album is set to release on the 11th of September 2019. The band hopes to start gigging by the winter of 2019.