Our current government keep telling us that the economy is getting better, house prices are rising (maybe in Dublin) and people are beginning to have confidence once again and folks are not afraid to spend more.

To be honest I am not fully sure if any of the above is completely true or accurate  but what i have begun to notice over the last number of months is that people are ever so slowly beginning to venture out on to the streets of Castlebar looking for something new, perhaps something fresh, I have put on two sold out shows over the last few months (one with Paddy Casey and the other being The Riptide Movement) and i have begun to notice (depending how popular of the artist or band you are promoting) that the numbers of people attending these shows is beginning to increase. Not by massive amounts by any means or accounts but they are increasing because folks in the area have the hunger for something new, whether it be a band, solo artist or just going to the pub to get out of the house or the apartment for the evening maybe leaving the kids with the babysitter if only to get away from reality for a couple of hours. Just like the way we go to the movies, to be entertained and escape reality.

On Friday night the wonderful news filtered through on Facebook that local publican and DJ Jonathan Moran has decided to put on a serious of soul nights in Moran’s Bar on Rush street in Castlebar. Since the breaking news came through, Facebook has being set alight with this positive news.

Finally some positive news for DJ’s in the Castlebar area who will now have a chance to showcase some real talent when it comes to soul, Jazz reggae funk  and beyond. And with the announcement of further shows at the Garbo’s venue in Castlebar including the brilliant news that Declan O Rourke will be performing a one off show at the venue on Friday February 27th with support coming from ex ASIWYFA lead guitarist Michael Anthony Wright aka VerseChorusVerse playing support on the night.

Not only this legendary local promoter Webster and his son Danny known for working with artists such as The Prodigy and GrandMaster Flash have begun to put on regular  nights in The Jester Bar in Westport including running a burlesque night on  February 14th (just in time for valentine’s day), and also the brilliant Interskalactic  who will be playing live at the same venue on Feb 28th.

This is not the only good news to hit the live music scene in Mayo. The Jam Shugar sessions which includes local musician Aidan Bolger are running an original night in Castlebar (also at the Garbo’s venue) on February 14th with support from acts such as soul brother number one Mr Michael Sheridan with artists  such as Just Marty, Blood Sledge Electric Death Chicken amongst others which will  be a brilliant night. Some of these nights i am not directly involved in but i think it is wonderful to see folks get up and put on nights like this. This is where the support is fully needed and people in the area need to come out and attend these gigs, events or whatever it may be. Support is the main key and incrediant  for any business or venture to succeed. If you see a event or band night locally happening in your area on Facebook and twitter and even if you can not attend just hit the like button and give the event a share. Positivity goes a long way. Far too much negativity in the world and on the music scene today.

Below is a few posters for different events happening in Castlebar over the next 6 weeks that i am not directly involved in but i think its good to let people know what is happening in the area, come out and supports these gigs, don’t sit at home wondering “What if” and if you cant get out and about or find yourself “otherwise occupied” show your support for these shows on facebook, twitter etc etc…

So is there is a positive force Re-awakening on the entertainment scene in Mayo for DJ’S and bands, solo artists alike? Yes i do believe there is….

Much peace love & respect, Move on Up! 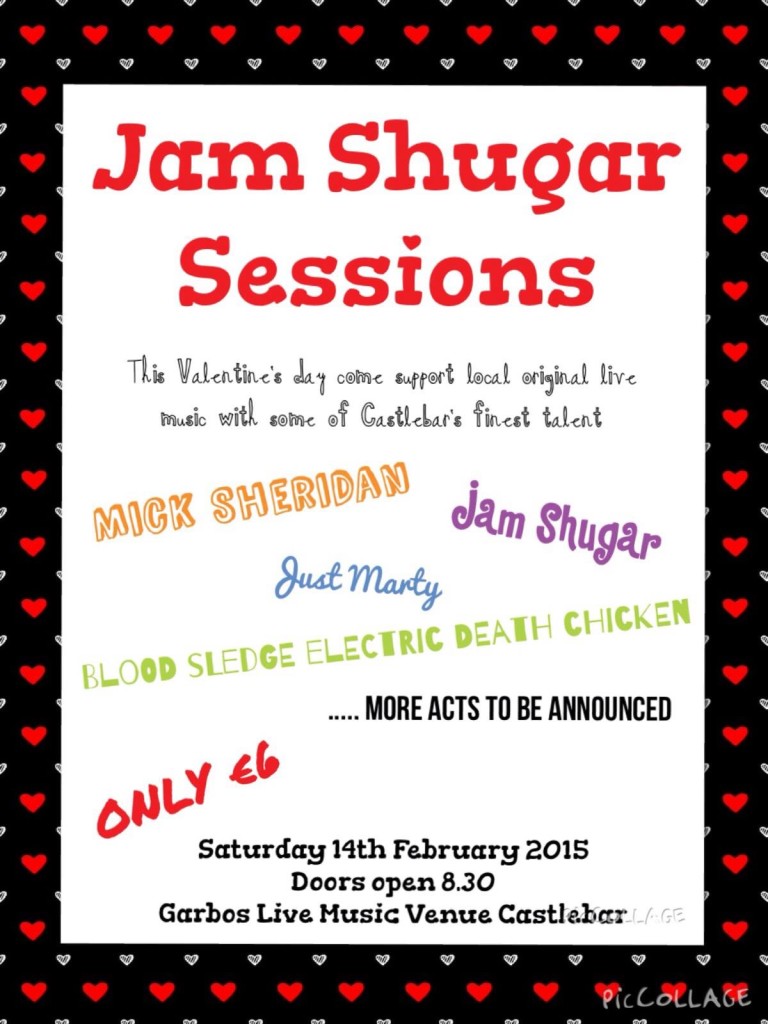