With no formal musical education  but with a natural ear for melody he quickly developed his craft, which would develop further gigging the venues and pubs of North Kent and London. 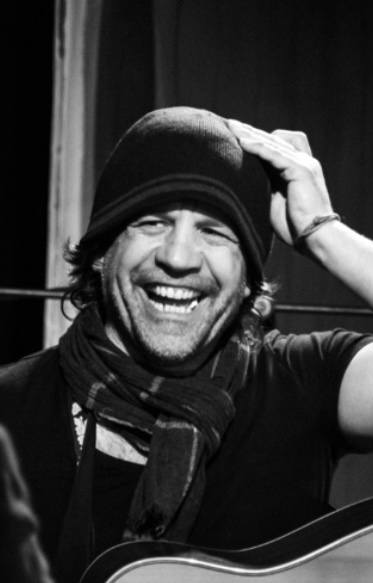 His first band The Sweet Leaves had major label interest and were signed to Metropolis Music supporting the likes of Kula Shaker, Travis, Reef and Cerys Matthews. Despite major label interest things didn’t quite work out for the band  and James left the industry for several years.

However he started writing again in earnest a couple of years ago and things took off again with a couple of simple acoustic recordings he made.

All have been involved with helping James, and all have played a crucial role in his rise to prominence.

In Sept 2019 he was invited by The Gus Dudgeon Foundation to record a session with multi platinum and award winning producer George Shilling to huge acclaim.

The last eighteen months have been incredible for James, and it has seen a swathe of global names begin to recognise and comment on his voice and songwriting. Everyone from Nick McCabe (The Verve) and Marcella Detroit – to acoustic guitar maestro Gordon Giltrap are now spreading the word …

Check out the recent collaboration with Irish musician and singer Blathin O’Connor “ Bonneer” from Navan County Meath .. called ‘Dying of the Light’