Jape’s brand new record “The Chemical Sea” has gone straight into the Number 8 spot in the Irish album charts and number 1 in the Irish Indie charts!

Jape are an electronic-Rock  band from Dublin. Formed as a side project by Richie Egan whilst part of The Redneck Manifesto, they have released four albums to date; Cosmosphere (2003), The Monkeys in the Zoo Have More Fun Than Me(2004), Ritual (2008) and Ocean of Frequency (2011). Jape’s wider discography includes the EP, Jape is Grape (2007), as well as a number of singles, including “Floating” and “Phil Lynott“. The band have performed at festivals and events such as Glastonbury,Electric Picnic, Lovebox and Hard Working Class Heroes and provided support for The Flaming Lips at Belsonic in Belfast in August 2008 and also at a previous Finbar Hoban Presents show at The Clubhouse in Castlebar! 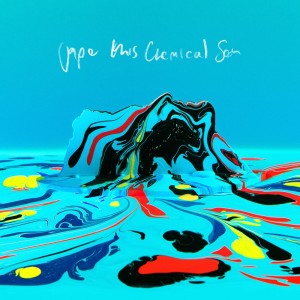 The first and second albums received airplay on alternative national radio in Ireland. The Monkeys in the Zoo Have More Fun Than Me’s opening track, “Floating“, became a popular single on late night alternative music radio shows and attracted the attention of Brendan Benson during a visit to Dublin. Benson now covers the track whilst performing live with his band The Raconteurs, as do the Belgian bastard pop duo Soulwax during their DJ sets.

Jape’s third album, Ritual, was released in June 2008, later winning the Choice Music Prize for Irish Album of the Year 2008. The album features the singles “I Was a Man”, “Strike Me Down” and “Phil Lynott“, the latter of which was subject to an unsuccessful petition by fans to have it named Ireland’s Christmas number one single in December 2008.

The album Ocean of Frequency was released in 2011 and won Jape their second Choice Music Prize in March 2012, Most recently the band have just released “The Chemical Sea” which has gone straight into The Irish album charts at number 8. The new album is out now and is available to purchase at all good record stores across Ireland and Europe. Check out the band’s first single to be released off the new album titled “Seance of Light”