Kevin Casey releases new Indie Rock Anthem entitled “Sing my soul to sleep”. Complete with electric guitars and a pounding rhythm section and yet more lyrics of hope that reminds us that music has the power to light up our darkest days. The fast-paced song bounces through the speakers and challenges the listener not to clap along. The single is the perfect follow on from the driving rock power song “It’s Alright” that Kevin released in June.

Reminiscent of early Arctic Monkeys or the Pop/Punk sound of The Gaslight Anthem, Casey uses a similar formula as before by drafting in the production skills of Gavin
McCormack and the crew at Studio Seven and a string quartet and he allows the skills of his multi-instrumentalist brothers bleed onto the song with a 50’s sounding Rock’ n’
Roll piano line. 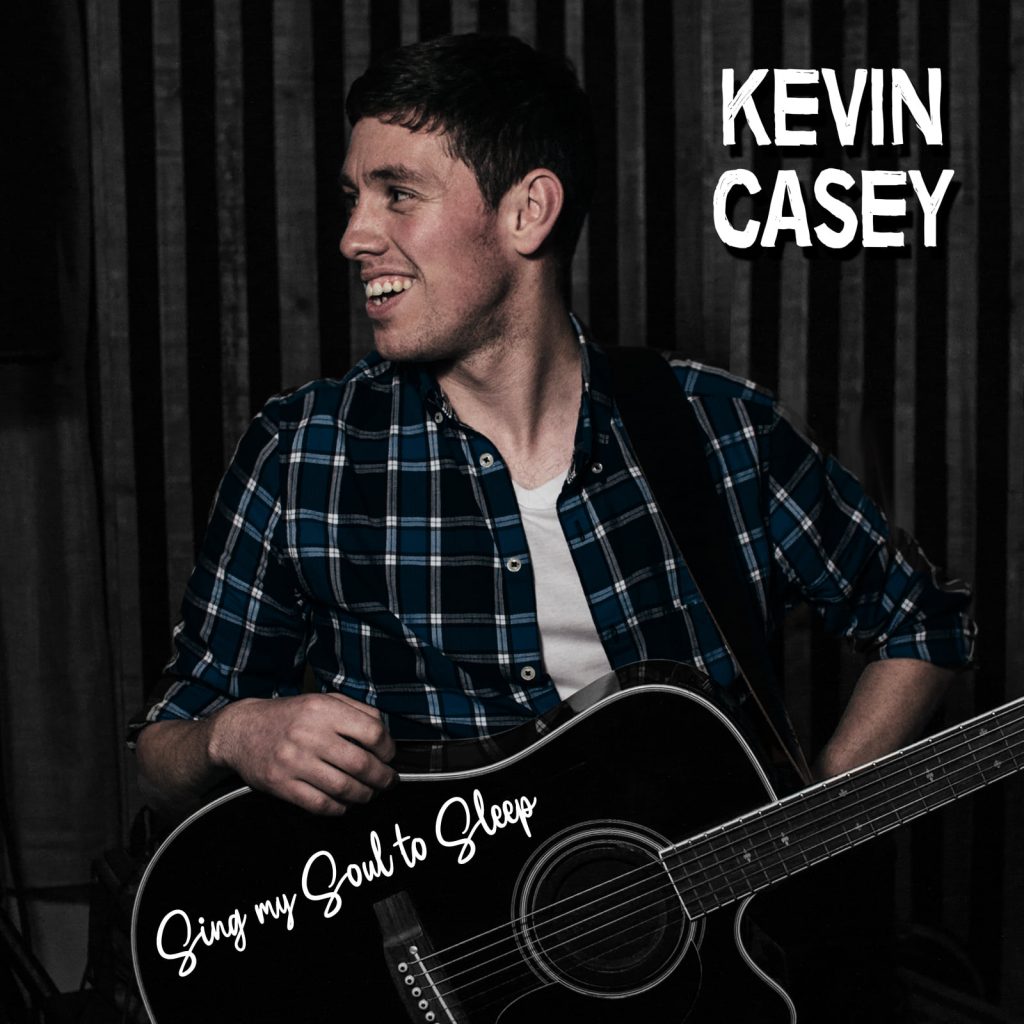 The song opens with an admission that this character like so many of us these days has been drinking too much and spending too much time being hung up on the current media storms based around the current Covid-19 pandemic, Politicians breaching their own guidelines and the doom and gloom that has been surrounding the world as of late.The narrator states (Wednesday is tired of hangovers, Tuesday is through with lies, you can’t have pity for the bags under dirty lying eyes), struggling yet again to make sense of
the world but by the time the chorus comes he is finding solace in the sound of music, (Oh my lord , I’m in far too deep, with another promise I just can’t keep, so listen once
more to my favourite song and Sing my soul to sleep).

Casey’s point is that although the world isn’t as we knew it this time last year, we still have some of the most important elements of life like Music and Fun. Long standing regular in the Irish music scene, Kevin Casey has released several singles,two EPs, and a full length album since 2014. He has done two European tours and gigged extensively across the country as well as in Germany, the U.K and the USA, including two consecutive years at Electric Picnic. He is known for his raw vocals,versatile songwriting, and for keeping Irish rock and roll alive and well.  The Kevin Casey band is: Paul Casey (Guitar, Piano), Neil Casey (Bass) and Ger Gallagher (Drums). “Sing my soul to sleep” was mixed by Gavin McCormick and mastered by Billy Farrell