Its really weird for us, because up until very recently we have been receiving lots of emails from Mayo artists that find themselves now studying music in Dublin who contact me and tell me that they write and record their own original material and that they are originally from Mayo!!. Its astonishing the amount of emails especially over the last few weeks from artists from Mayo.

We were only delighted when our next feature Laura Ryder reached out to us to introduce herself to me! 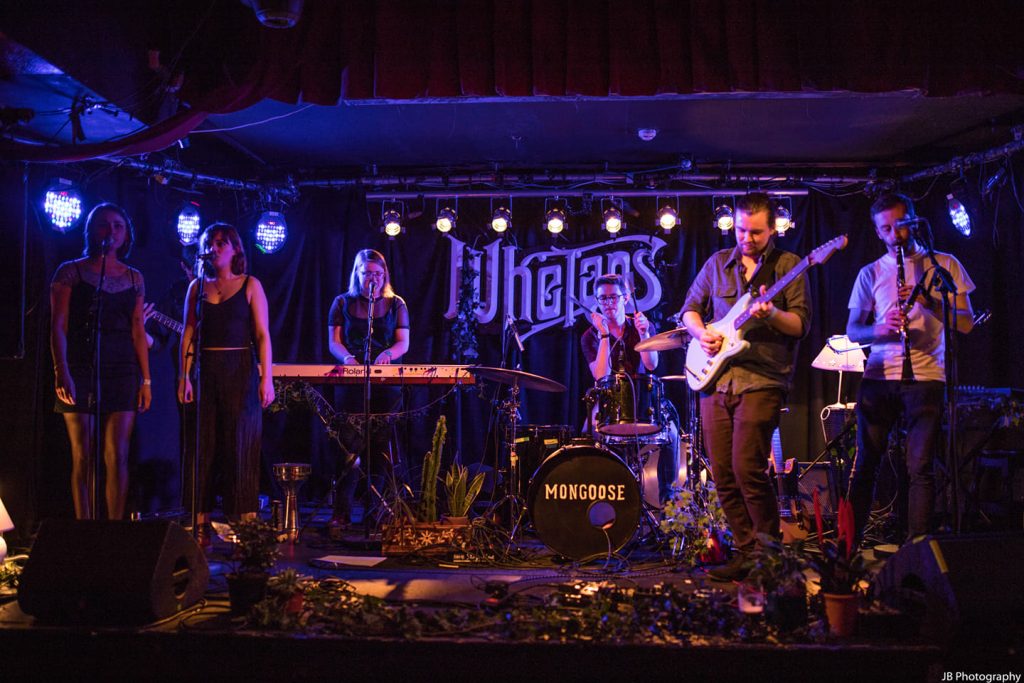 Laura Ryder is originally from Mayo but now based in Dublin, pictured here is Laura and her band performing live in Whelan’s Dublin

Laura Ryder is a songwriter from Co. Mayo, who is now making music with full band under the title Laura Ryder Ampersand. Ampersand consists of Lauren Geary on bass, Shay Sweeney on drums, Josh Meakin on guitar, Conor Cunningham on clarinet/flute and Matilda O’Mahony & Hannah McKenna on backing vocals. The ensuing music is a mix of everything they get their ears on, taking influence from sources like alternative pop, folk, blues, and jazz.

Laura Ryder Ampersand has played in many different venues and festivals across Ireland, including Electric Picnic, Knockanstockan, Other Voices, the Ruby Sessions, First Fortnight and Whelan’s Ones to Watch, among others. They are currently working on material for their next release, to follow their debut album Vestigial.

For further info on Laura check out her Spotify page below