One thing is certain,  when it comes to our blog  we do not believe in a selfish snobbery to  original music, whether it be contemporary music, indie music, rock , doom music, metal music, ska music, soul music, reggae music. As far as we are concerned everything goes on our blog.

Because all music other than generic pop, is art.

And plus, we really like this next act. When we began putting on shows in 2008 we believed our shows would have a Jools Holland feel to them. You never knew what genre of music or artist would be next on our line up of shows.

So like our line-ups, we like to keep our blog to have a consistency  with our shows.

If you haven’t heard of our next act will then more than likely  you may not be the type of person who likes metal, in fact you most definitely would not like Doom/Sludge metal or Southern sludge metal. To be honest we are not even sure if On Pain of Death are together or writing music currently. But we do want to discuss them. As we feel they are a fine metal act. 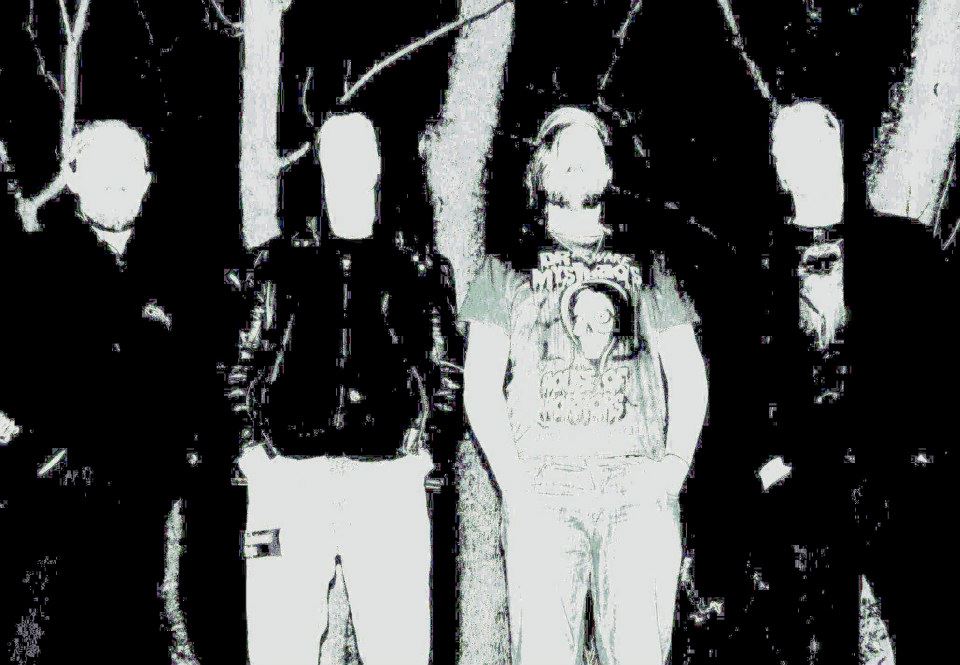 Like Michael Myers On Pain of Death lurk somewhere dark in a secluded  wooded area to bring you the darkest doom metal you could possibly imagine and we like it!!

It has being a while since On Pain of Death graced the stages in Castlebar, in fact as a band i am not even sure if they are together anymore. The band consist (or consisted) of Hick O Aoda on guitar and vocals, Adrian Ryan on Bass, Matt on vocals and Ollie Cunningham on drums.

“Year Naught Doom” the band’s debut album was released as a free download in late 2012 and subsequently released on tape and vinyl in the summer of 2013 by Dry Cough Records.

We got to see these guys live at The Westport Arts Festival a few years back when they played in what felt like an old abandoned farm house in Westport House.  If i remember correctly these guys came on stage that evening around 6:00pm, it was getting dark and their sound really set the mood. I was sitting up near one of the speakers which was probably not the brightest idea that evening.

The band were loud, every-time Bass player Adrian Ryan thumped that bass that evening that i could the entire room and ceiling tremble! Man i love every minute of it.

In one of our DJ set at Bridge Street we were lucky to play this next track one Saturday afternoon at the venue. Amazingly enough we got to play 9 and a half minutes of the track “Yer Naught Doom”.  Check out the track below,

On Pain of Death were more of a live experience rather than a album listening band, that evening in Westport was an experience that i have yet to forget,  I can still feel the hairs rising from my arm pits, the raw emotion was something to be believed. Are the band together anymore? I dont know, but its a shame we have yet to hear new material from the band or see them tour the sludge/doom circuit.