According to the band and GoldenPlec The Mary Wallopers was a more casual thing until this year  a different style of music and performance despite the thematic crossover. “Songs we play with The Mary Wallopers have a similar anti-authority message to TPM songs, and some use humour the same way we do.” 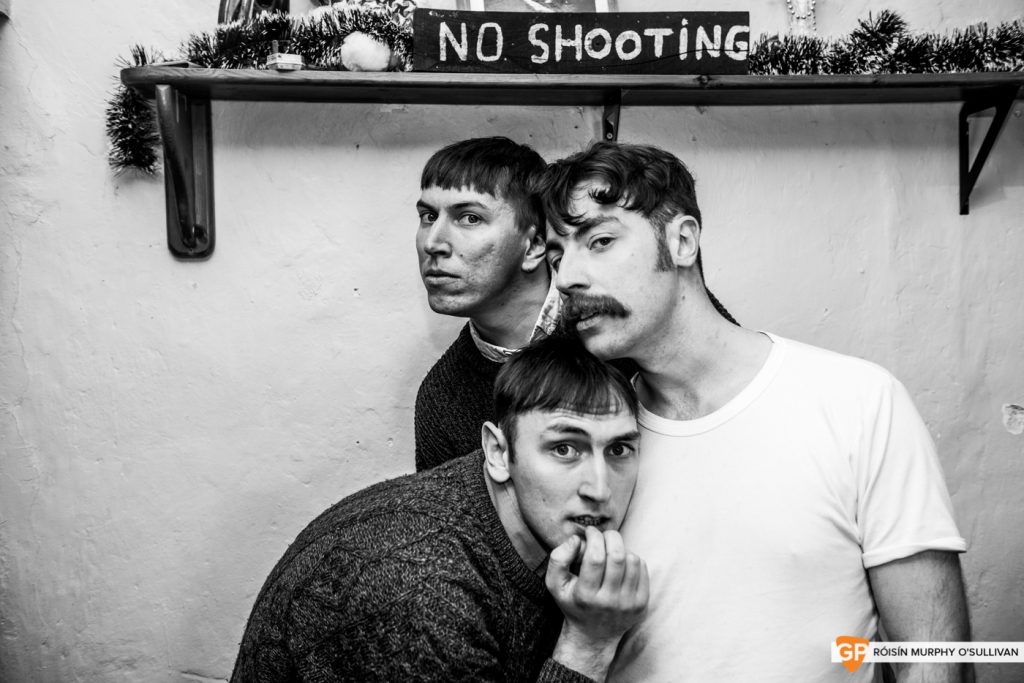 The Mary Wallopers: We play ballads till our heads hurt and then we go at it again. Photo by Roisin Murphy O Sullivan

The transition from playing in front of TPM crowds to TMW crowds hasn’t been as jarring as anyone might imagine – a move from electronic beats to acoustic and acapella – even if “people at a hip hop crowd are mostly going to be more wild. Saying that, we have done Mary Wallopers gigs with moshing.” Both bands sit happily side by side, despite some Internet admonishment. “Recently we were abused online for not having separate Twitter accounts for TPM & The Mary Wallopers, so we setup a Mary Wallopers Twitter. It’s been a fantastic project and we are settling in nicely. We’re fairly proud of turning that nasty interaction into a positive! To the bad bastard that attacked us on Twitter; you can’t hide behind a screen forever, we will get you and we know who you are.”