Mayo band Billow Wood have just released their fantastic debut album Wall of Caves. The band have being incredible “waves” on the Irish music and international music scene over the past numbers of years.

Rave reviews have coming out of the press music circles which clearly cements the band on the Irish music scene!  With hints of celtic Florence and The Machine in the band’s new single it will be sure to keep fans enthralled.

Chiselled from the wilds of the raw and rugged West of Ireland, comes the freshest sound this side of the Atlantic. Billow Wood, create a modern magic with their original fusion of folk, traditional Irish music and indie pop rock.

The Irish natives; Mark O’Donnell, Ciara O’Donnell, Harry Lawlor and Bríd O’Donnell, are both multi-instrumentalists and multi-vocalists who specialise in harmonies.  Coupled with the mastery of their instruments including the harp, fiddle, flute, tin whistle and accordion, they have an uplifting vibe deeply rooted in trad but with modern, folk and pop influences. Their sound is a juxtaposition of rich delicacy and vigour as this quirky quartet has a way of maintaining the traditional, yet; still giving their sound a fresh and original twist. 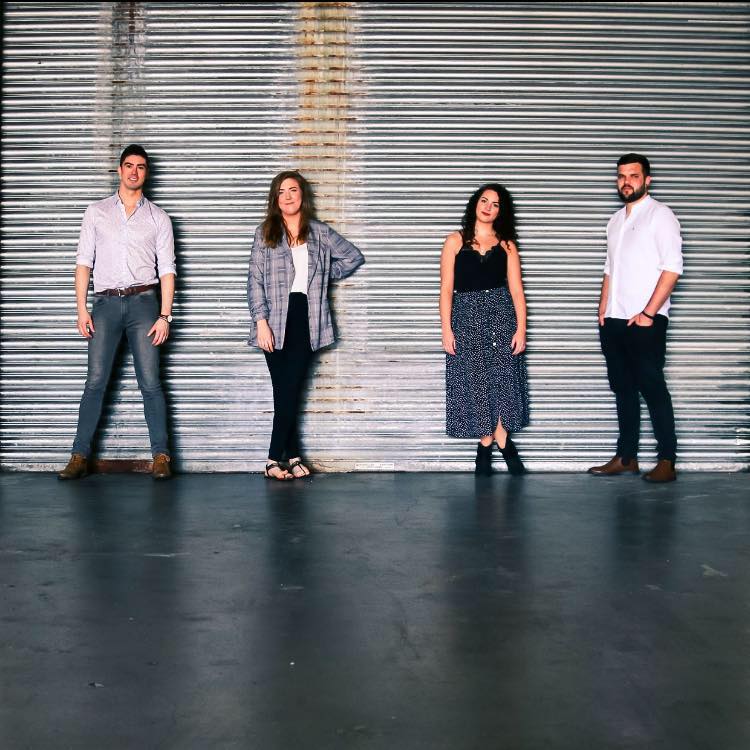 After a whirlwind of success with outstanding performances across the globe including, Ireland, Europe and Africa as well completing their own tour of the US in 2018 and 2019, 2020 is set to see their best work yet. Some of Billow Wood’s achievements to date include winning the Ballyshannon Folk Festival Showcase, touring on the ‘Irish heartbeat tour’ in Germany and claiming the top spot in a national song contest in conjunction with one of the nation’s biggest broadcasters, Today FM. Moreover, the release of their new EP ‘Can You See Me’ resulted in a sell-out event in Whelan’s, one of the Ireland’s top music hotspots in the capital. Their track, ‘Dreamland’ also reached number two on the iTunes World Song Charts in the country.

As previously mentioned, Billow Wood completed their second tour of the USA last year (2019), where they spent six weeks meandering the various states of the eastern border. Some of their highlight performances include the Indy Irish Festival, Chicago Gaelic Park, Irish American Heritage Centers in Chicago, Cincinnati and Buffalo and the Backroom Sessions in the Burren, Boston.