Grunge: The word still has the power to make longtime Seattleites cringe, conjuring as it does images of grubby cardigans and long johns worn under shorts, the faddish, flannel-sporting caricature of a musical era that began as something raw and personal and real and to many like ourselves, still is!!

I’m not sure if songwriter Rebecca Walsh would consider her music as a form of ‘grunge’ or a state of angst or escapism but she would like to think that it may be closer to the current ‘DIY’ scene that is currently forming on the West Coast of Ireland.

Growing up I was always excited about listening to new  music and the entire songwriting process and and no other local  female songwriter excites me more than Mayo artist Rebecca Walsh who has a real handle on songwriting. She proves this with her brand single Party Chairs.

Her previous single ‘Crosses and Thorns’ drew attention from many bloggers across the country earlier this year. It had the grungy angst feel to it that I considered a big deal back in the day, and I guess those feelings never really left me and still raise they’re eyebrow to this day.

You see, unlike many  other female song writers in the Mayo area that I can think of (with no disrespect) Rebecca likes to think outside of the box, you can tell this about Rebecca when I spoke with her recently and  we discussed her new single ‘Party Chairs’ which is released today. 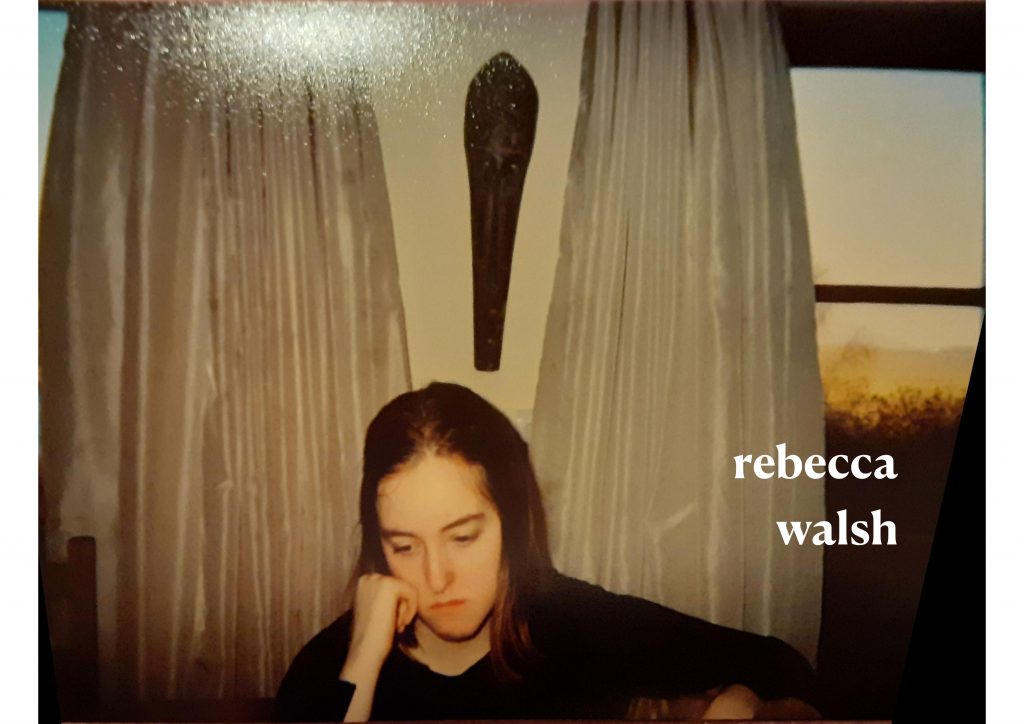 You can tell that Rebecca,  who is still relatively young for her age that she is very interested in the process of songwriting.She explained to us that she is listening and learning her craft all the time.

Im writing this article on a Thursday evening in my apartment and yes you guessed it I’m listening to the brand new track from Rebecca Walsh.

Rebecca Walsh  is  originally from Westport in Co Mayo but is currently  studying music at the BIMM college in Dublin.

I have worked with a lot of musicians who have studied at the college over the years, a lot of these musicians and songwriters have gone on to have successful  careers in the music business. So it goes without saying that Rebecca is in good company here.

Her new single is slow burner, but for all the right reasons. It’s a real hint of what’s to come in the future and we know she is currently in the right hands of BIMM in Dublin. Watch this young lady grow and grow. Definitely one to watch on the Irish music scene in the future. Whether she decides to continue writing music as a solo artist or form a band we are very excited to hear what’s coming next for Rebecca Walsh.

Listen to her brand new track below now